Verdun WW1 FPS Major Engine Update, Plus A Few Thoughts About The Game

By BTRE - 18 January 2015 at 3:06 pm UTC | Views: 14,932
The WWI FPS Verdun has been in Early Access and on Linux for over a year now. A major patch was released a few days ago which updated the engine to Unity 5. As it's been a while since GOL covered it and it's an interesting game I thought I might share my thoughts on the game in its current state.

YouTube videos require cookies, you must accept their cookies to view. View cookie preferences.
Accept Cookies & Show   Direct Link
Fans of FPS games should feel right at home jumping in for the first time. Teams take turns attacking and defending positions, hopefully pushing enough to take over the sector. The core unit of the game is the 4-player squad with different roles played within it. Each role has different load-outs and abilities. A progression system exists which unlocks alternate load-outs and abilities as well. Thankfully, the developers have taken the time implement tool-tips to explain these effects and have developed good guides that are linked in-game. 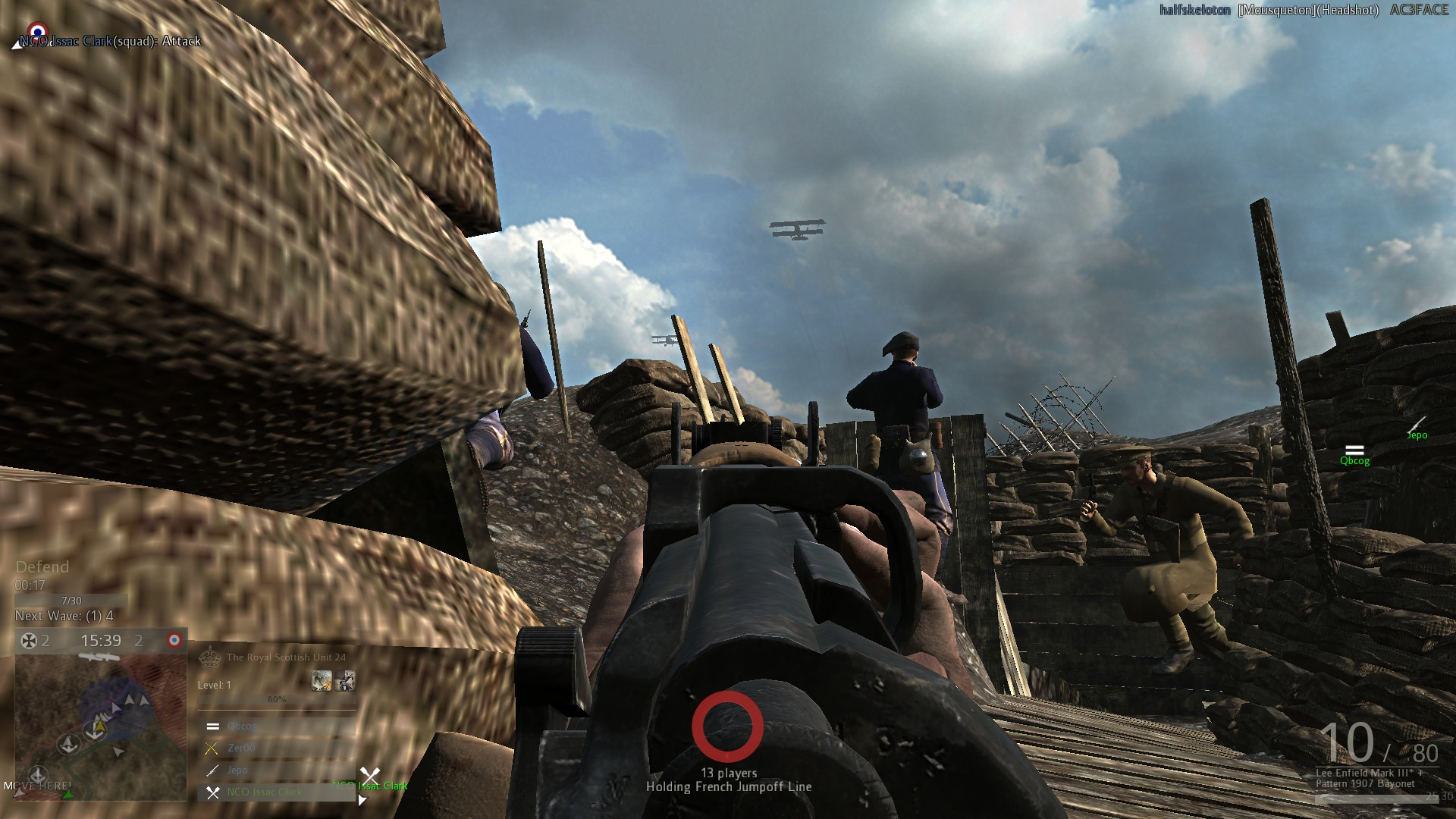 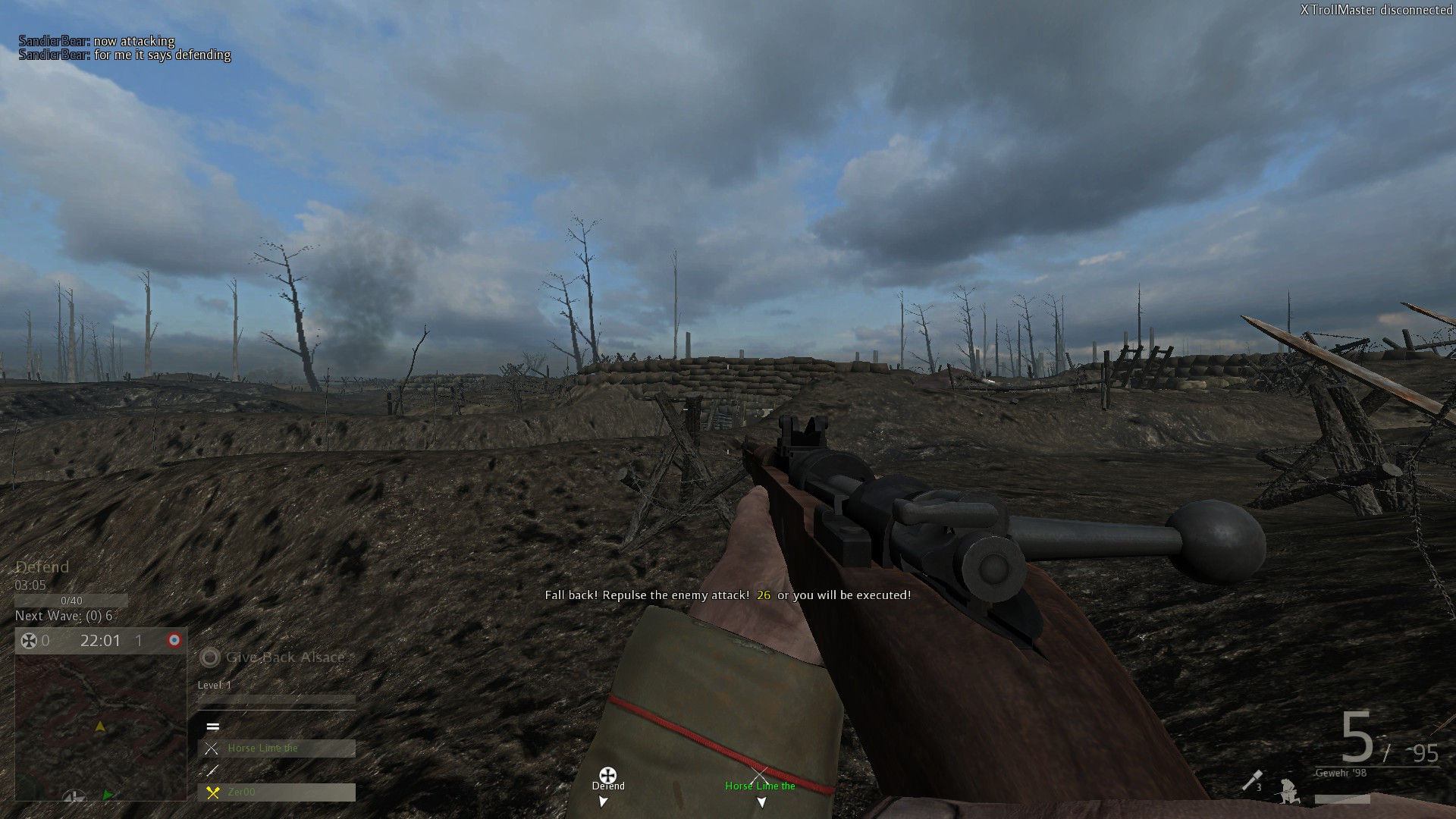 Since the game first appeared on early access, a lot of content has been added to the game. Maps, weapons and different types of squads most prominently. The game launched with just your hardy French soldier and his German counterpart. Since then the British, Canadians and Stormtroopers are among the types of squads that have been added. Large updates every couple of weeks and months have refined gameplay and really kept the game fresh.

Verdun isn't without its limitations, however. Though patch notes often emphasize performance improvements and optimization advances, there are persistent issues and occasional regressions. Players, including myself, have found that framerate dips and brief stutter are all too common. It's not just a Linux issue either - players on other platforms complain about performance as well. Furthermore, occasional bugs and issues with netcode can ruin what was supposed to be the perfect kill or match. Each update has improved the situation generally but there's still some ways to go. Finally, as it's exclusively a multiplayer game, player population can also be a bit of a pain. The game still isn't popular enough to have around-the-clock fully populated servers and so key playtimes tend to be around the weekend. 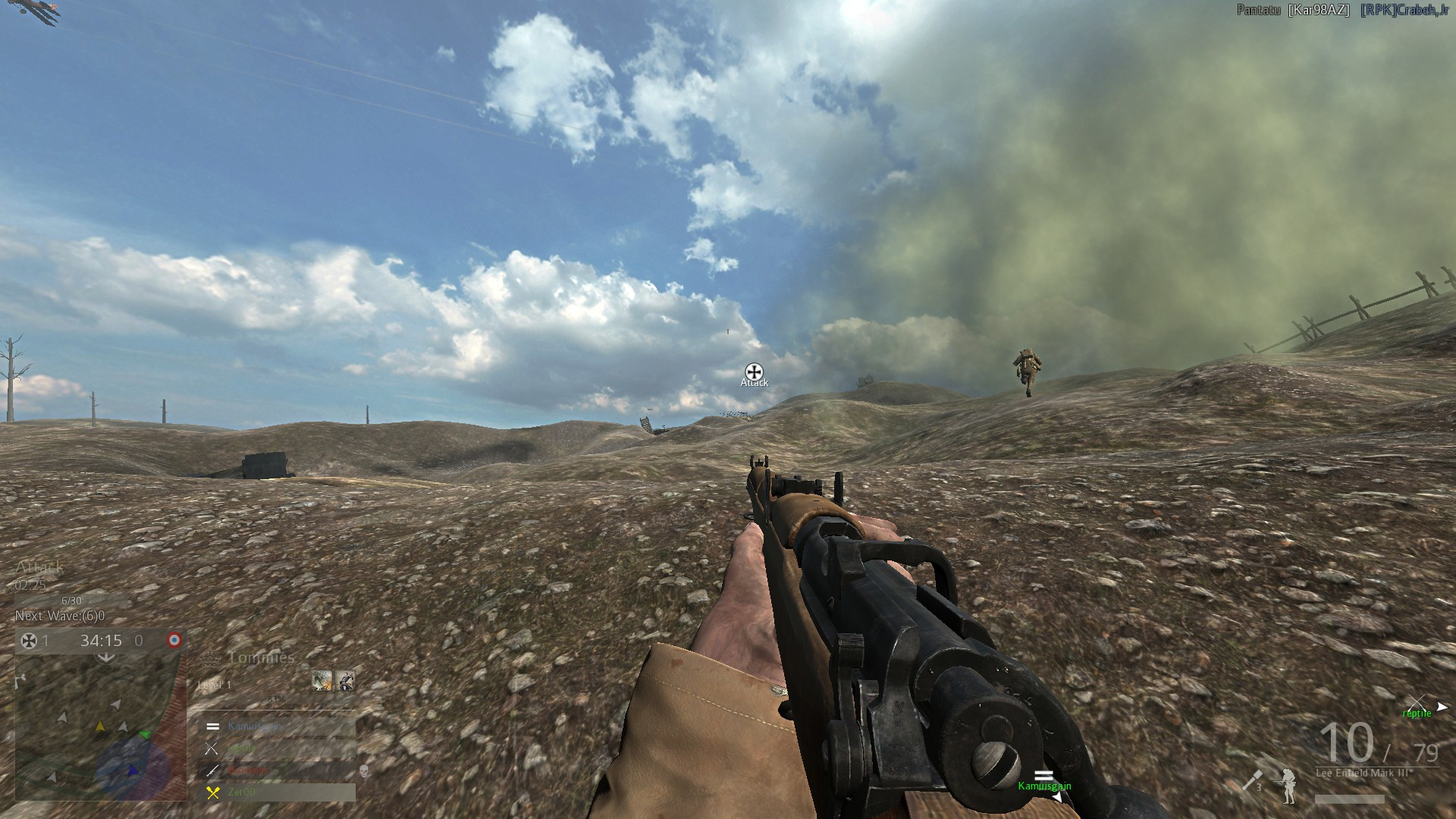 Overall, I'm impressed with the game as it's shaping up, the breadth of the patch content and the refinement of gameplay. I bought it on a whim when it was on sale early last year and have played a few hours every couple of weeks to track development progress. The game isn't as hardcore as Red Orchestra is nor is it a fast twitch shooter but it should appeal to anyone who is a fan of action. There's moments of tension and adrenaline rushes aplenty - trying to advance over a crater-filled no man's land with your squad or trying to hold a trench against fierce enemy assault while wearing a gas mask are memorable experiences. Weapons are deadly and a single bullet usually kills so cover and careful movement is vital. Moreover, maps are open enough to give enough avenues of attack and defence and varied enough in palette and flow to make them all feel different.

I look forward to seeing how the game will continue to evolve. The developers clearly care about their project; attention to detail shines throughout. Weapon models and uniforms are carefully reproduced and the sight of wrecked vehicles, smoke and barbed wire combined with the sound of distant shelling add to the atmosphere. This is the first commercial WW1 game that I can think of that's neither strategy nor a sim of some sort. If the developers continue to polish the game and attract fans with new content I think that Verdun has the potential to become one of the best FPS experiences of recent years.

And my personal experience with Unity games early access and fully released, I'll pass on this one.
Seeing games using the Unity engine usually is an instant pass for me, I'm fed up with the terrible performance/crashing issues.

If they manage to get it playable (stable fps and no boot / crashing problems) I'll reconsider ;)
0 Likes

View PC info
i mostly agree with you on unity and terrible performance.
but there are some that are made properly.. like Interstellar Marines which runs fairly good
Wasteland 2, Shadowrun and Cities in Motion 2
0 Likes

Quoting: Xpanderi mostly agree with you on unity and terrible performance.
but there are some that are made properly.. like Interstellar Marines which runs fairly good
Wasteland 2, Shadowrun and Cities in Motion 2

That's why at the end I said I'd reconsider if they get it running well ;)

*edit* I just bought The Mims Beginning to see if the claims about it running well are true and guess what, they actually are :O
The game runs very well, so that's at least one early access title using unity that runs well ;)
0 Likes
c3027367 18 Jan, 2015
Great idea for a game, played it a lot (Im Red Orchestra 1 fan), but very low performance on Linux, every second patch there is some kind of mouse problems. Graphic looks old (like in games from 4-5 years ago), but gameplay is great. Game runs pretty bad on Windows too. I did report some of the bugs, some are fixed, some cant be fixed because of Unity. Developers with great ideas why do you always chose worst game engines?!?!

Quoting: Xpanderi mostly agree with you on unity and terrible performance.
but there are some that are made properly.. like Interstellar Marines which runs fairly good
Wasteland 2, Shadowrun and Cities in Motion 2

I'm not sure that CiM2 runs as well as it could and Wasteland 2 took a few patches to optimize things.

The performance issues are a pain but it's not like the game is unplayable most of the time. The devs do prioritize performance and have in the past fixed things with patches (usually in a few days of a big update). Given that they updated to a new version of the engine (and that unity sucks) it's regrettable but understandable that there's kinks to work out. But yeah, they should do better. Or use a better engine.

But hey, at least it's not as bad as with Rust where an update to a new Unity version has made it unplayable for Linux users.
0 Likes

View PC info
And I was really looking forward to hear that Unity 5 solved all of our problems :(
Anyone knows what (Linux) Unity games have been upgraded to Unity 5?
0 Likes

I haven't heard anything good about Verdun though. Plus the gameplay looks kind of dull to me.
0 Likes

View PC info
But Red Orchestra Ostfront was played. We have every Day a full Server.
0 Likes

View PC info
Ziggurat ran great, even when it was in Early Access.

My question is, why do some Unity games run great on Linux, and others do not?

I have other questions, too. But that's the main one. It's baffling as to why so many use the nearly-useless config launcher, while others let you just set things in the game. And some games work perfectly well with gamepads, and others are wonky. And so on.
0 Likes
c3027367 19 Jan, 2015
All Unity 2D and 2.5D games run fine because they are simple, you can hardly ƒuck up something like Organ Trail (it is possible to made game like that by using SVG and JS). But when something more complex is made, Unity is terrible, even on Windows.

Other problem is that Windows developers dont understand how Linux works, they dont use ENV variables properly, they dont know how linking works, they are droping save and config files all over the place, they probably test their stuff on Noobuntu so there is posibility that their build will not work on other distributions because it depends on something Noobuntu specific. Possibilities are limitless!

I dont have anything against Ubuntu but it is worst possible distro to test, Ubuntu has all advance stuff turned ON (compositing, their WM etc.) so there is big possibility that game will behave differently on other distributions. Testing should be done on bare bones Linux install, all fancy stuff OFF and linked against Steam runtime libs.
0 Likes
1/2»
While you're here, please consider supporting GamingOnLinux on: