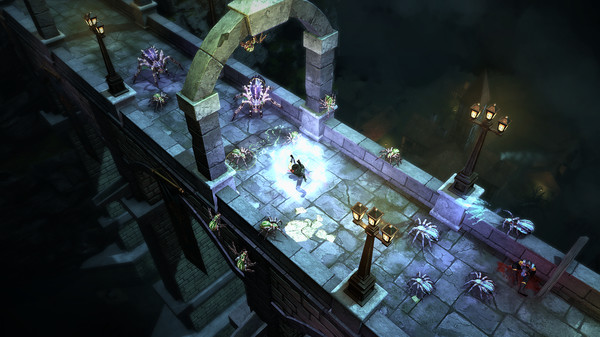 I know a few of you have been waiting for this! Victor Vran now officially has local co-op play, which makes an already fantastic game even better.

Note: This update doesn't appear to be live on GOG just yet, but it is on Steam.

Big fan of Victor Vran myself (can you tell?), if you haven't tried it already now is a great time to do so. Why not hook a friend in to play with you? I plan to do a complete play through of it sometime this year now that I have some more time!

Their changelog is short, but local co-op is massive by itself:

View PC info
Just waiting for this to go on sale and its mine...
0 Likes

Mountain Man 9 Sep, 2016
View PC info
My 12-year old is going to be so excited to hear about this. He's been asking me for months when Victor Vran is going to have local co-op.
2 Likes, Who?

View PC info
.....great game, finally I could play it with my daughter. One Question, can I play in two computers with only Steam Account in local? Can I play in Linux and my daughter in Window$?
0 Likes

ryanzerbe 9 Sep, 2016
View PC info
VV is half price on humblebundle.com right now. Just picked it up myself.
0 Likes

And frankly, I've been waiting for this for such a long time. Sadly enough, I can't really play it at the moment :/
1 Likes, Who?

View PC info
Yes! I'm stoked! ready to play this with my kid! (I'd actually love to play with my wife, b/c I think she'd really like it, but she's too busy right now)
1 Likes, Who?

psycho_driver 9 Sep, 2016
View PC info
Very cool of the devs to keep adding/improving this game. Hopefully it gets an expansion or three down the road.
0 Likes

Just bought it, really thought the game looked cool but was only on Windows I think when i looked last. How long has it been on Linux?
0 Likes

you just need one computer to play the game with your daughter it is local co-op
0 Likes
1/2»
While you're here, please consider supporting GamingOnLinux on: