Like your strategy games? How about one centred around naval combat in a big open environment? Victory At Sea Pacific [Official Site] ticks those and it's coming to Linux. 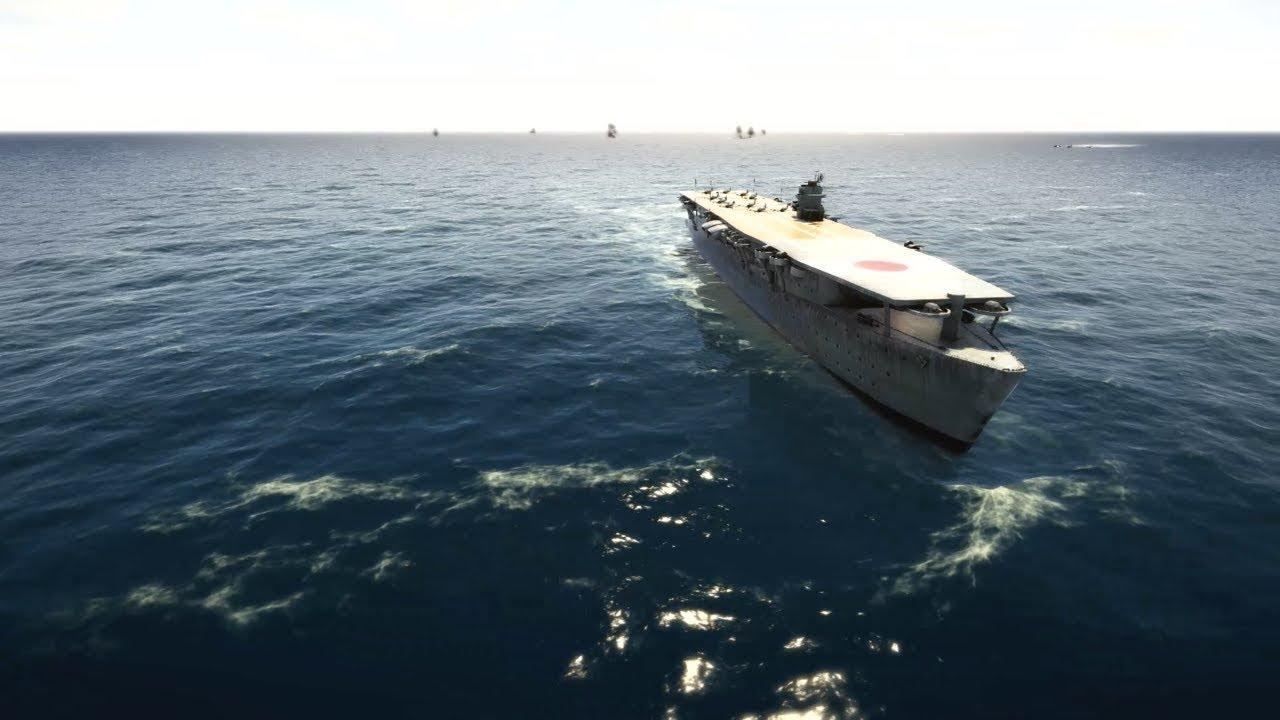 Developer Evil Twin Artworks just announced it, which I just managed to pick up on Twitter. Thankfully, they're mentioning Linux support right away too.

Victory at Sea Pacific - the game of naval combat during the Second World War where a player can switch between commanding the entire Pacific theatre to zooming down to take control of individual ships and flights of planes.
Fire the torpedoes from your submarine wolf pack or step onto the Bridge to direct your fleets and change the course of the war.

Bringing an epic approach to real time strategy war gaming, players develop their own story with an open world sandbox mechanic in a desperate attempt to win the World War 2.

Quite excited to give this one a go! The previous Victory At Sea title had reasonably positive reviews, so hopefully they've taken any feedback there while developing this new one. No exact date given for the release, other than this year.

Article taken from GamingOnLinux.com.
Tags: RTS, Steam, Strategy, Upcoming
3 Likes, Who?
We do often include affiliate links to earn us some pennies. We are currently affiliated with GOG, Humble Store and Paradox Interactive. See more information here.
About the author - Liam Dawe

View PC info
I like naval games. We seriously need a Silent Hunter VI on Linux, but it seems nowadays no one is interested in submarines anymore.
I played Victory at Sea, it's not bad but not up to the level of similar titles like the Battlestations Series. Hope it improves but anyway is good to see a war game focused on a single player campaign.
2 Likes, Who?

Used to play World of Warships back in the day and since War Thunder's mod for sea battles seems to be delayed always hoped for a ww2 ship game on Linux.
Hoping this will be it.

I don't mind if it's RTS or direct control ship combat, as long as it's fun

View PC info
Poor old Yamato getting blown up in the video.

Looking at their Steam page I'm a bit worried that they aren't going to test and support AMD GPUs at all though, especially on Linux.
0 Likes

Mountain Man 7 June 2018 at 4:02 pm UTC
View PC info
Is the gameplay as good as the graphics? Because those visuals are gorgeous.
0 Likes

chancho_zombieI like naval games. We seriously need a Silent Hunter VI on Linux, but it seems nowadays no one is interested in submarines anymore.
I played Victory at Sea, it's not bad but not up to the level of similar titles like the Battlestations Series. Hope it improves but anyway is good to see a war game focused on a single player campaign.

So true! I'd love UBoot, Cold Waters, anything like the older Dangerous Waters, Red Storm Rising, Silent Hunter, SSN21 Seawolf on Linux!
For now I guess it's time to try out my copy of Victory a Sea at last!
1 Likes, Who?

YoRHa-2BPoor old Yamato getting blown up in the video.

Looking at their Steam page I'm a bit worried that they aren't going to test and support AMD GPUs at all though, especially on Linux.

Well , it also shows Nvidia only reqs for Windows and Mac too.

Actually it is really simple : Market domination. It both works for users and devs.
0 Likes

I recall it being more like Mount and Blade, where you would scour the open world with your fleet looking for trouble while having some basic objective, then once combat starts it would mostly play itself with some minimum input on your end, then you'd return to port, fix/upgrade/level up and accept another mission. I mean you had to micromanage early encounters, but as soon you had battleships and carriers it would boil down to whoever can lob the most onto the other end of the map and with AI being what it was it would quickly turn into a face roll on the players end. Good naval game, but a bit shallow no pun intended.
0 Likes
artvandelay440 8 June 2018 at 5:41 pm UTC

View PC info
Looks interesting. I might buy it if it gets good reviews.
0 Likes