VoidExpanse is a really cool space action RPG I've talked about a few times, and they recently updated the game which has fixed some major Linux issues. 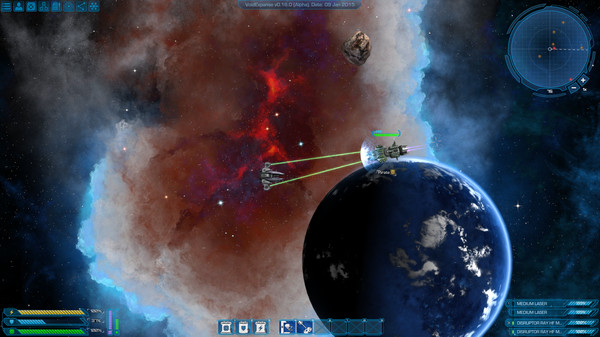 I tried it out for a bit myself today, and it seems flawless once again on Linux.

I actually spoke to the developers at the start of March about this and their other game, great developers worth supporting.

Take on the role of a spaceship pilot and navigate the vast reaches of VoidExpanse! Mine asteroids for valuable resources, trade to improve your ship, complete story missions offered by one of several factions with their own agendas, advance your character through diverse skill-trees -- and engage in fast-paced combat with hostile aliens, mercenaries and pirates in the rich and exciting Sci-Fi universe of VoidExpanse.

But your journey doesn't end there: Create your own galaxy or persistent multiplayer worlds in sandbox mode to join forces with other players. You are only limited by your imagination!

View PC info
it has been working flawlessly for me once again, incredibly addicting gameplay. the game's main resource file labeled as core.cpk and .mpk (mod files) are accessible like any .zip archive file. if you find some mods that appear to be html in Linux, relabel them to .zip in order to extract the contents. I'm not sure why this happens.
the base design uses javascript and xml for making mods.


Last edited by neowiz73 on 9 April 2016 at 5:14 pm UTC
0 Likes
While you're here, please consider supporting GamingOnLinux on: