I know what you're going to say, something about yet another survival game! However, Volcanoids really does look like something you want to pay attention to.

I forget who, but someone mentioned this game to me a while ago. The developer seemed interested, but I didn't see them say much about it—until now thanks to another tip. On Steam, a user posted in their forum asking about Linux support and the developer replied showing a screenshot of their progress on a Linux build. The skybox is missing, plus a few other issues but it's promising. 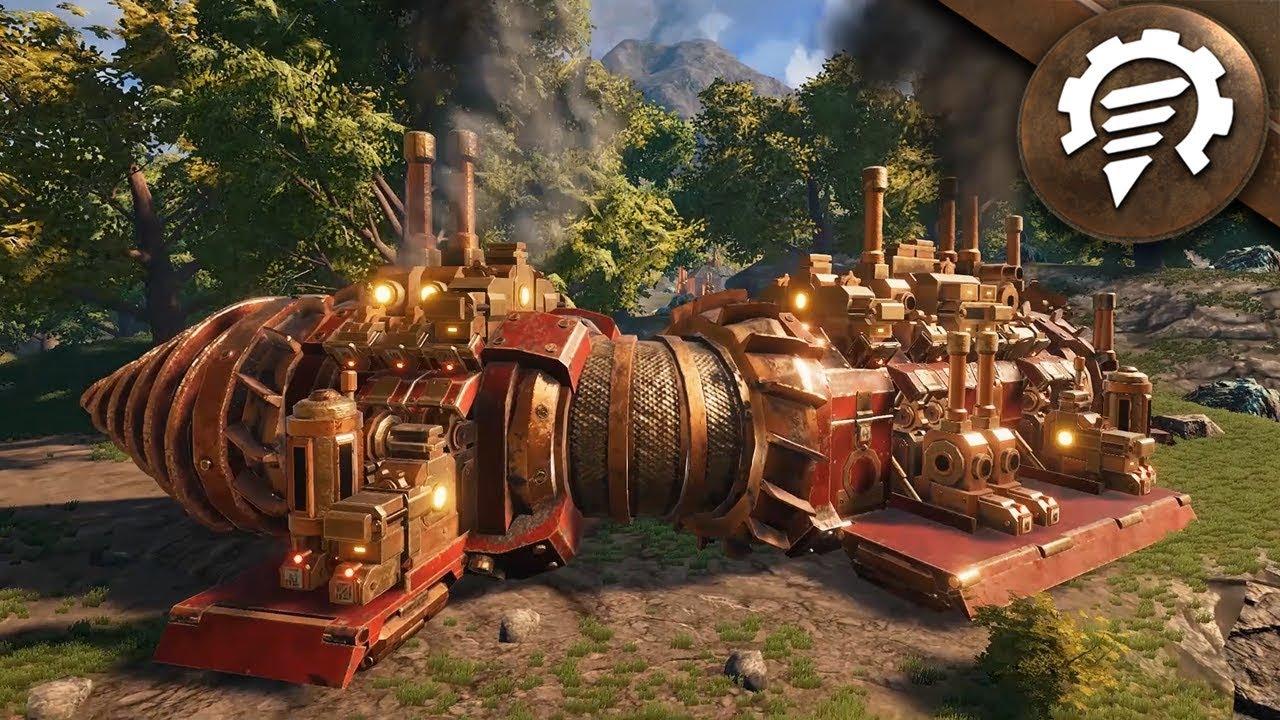 More about the game:

Set in the steampunk era, you take on an expedition to a forsaken island that you once called home. But sudden eruptions triggered by mechanical beings turned the wondrous place into an apocalyptic wasteland. In order to survive the island’s natural elements, you have to outsmart these creatures and capture one of their drillships. Use their own technology against them as you upgrade the machinery and reclaim your homeland.

It looks and sounds like nothing I've seen. A game where your base moves, a massive steampunk-styled drill that can smash through the ground…yeah, I want this bad. If you want to see it on Linux too, sending the developer some words of encouragement on the Steam forum topic might help towards it.

View PC info
I like what I see here!
I wonder if they are going to use Vulkan renderer by default due to shader issues, that would be cool to see.
0 Likes

View PC info
i seem to really be stuck to sandbox survival games. no matter who makes one i'll pretty much get it, primarily if it's on linux.
1 Likes, Who?

That is unfortunate indeed. Sandbox games are best played with friends.
1 Likes, Who?

That is unfortunate indeed. Sandbox games are best played with friends.

If it has a good story, say like Subnautica, Don't Starve or The Forest, then i guess its not a big problem, but yeah those types of games are usually more fun to play with friends
2 Likes, Who?

View PC info
Def buying this if/when we get it. Love the look!
0 Likes

View PC info
That artstyle gets an instant wishlist add from me, loving every part of it - though the interior modules seem to look a little bit ugly with how un-integrated they get with the rest of the interior. Though considering how early it is in development that's probably going to change, they seem to be quite passionate about working on it after all.
0 Likes

"Yes, coop will come first. We have many systems in place already. It will be the first big update after EA release."

"Yes, coop will come first. We have many systems in place already. It will be the first big update after EA release."

Woop wooop, wishlist it is then
1 Likes, Who?
1/2»
While you're here, please consider supporting GamingOnLinux on: