Voxel Turf, a voxel sandbox that has elements of GTA, base building and so much more

By Liam Dawe - 24 August 2017 at 11:25 am UTC | Views: 9,057
The developer of Voxel Turf [Steam, Official Site] just shared details of their game on reddit and I must say I'm extremely interested. It has features of GTA, base building and lots of others crammed into it. 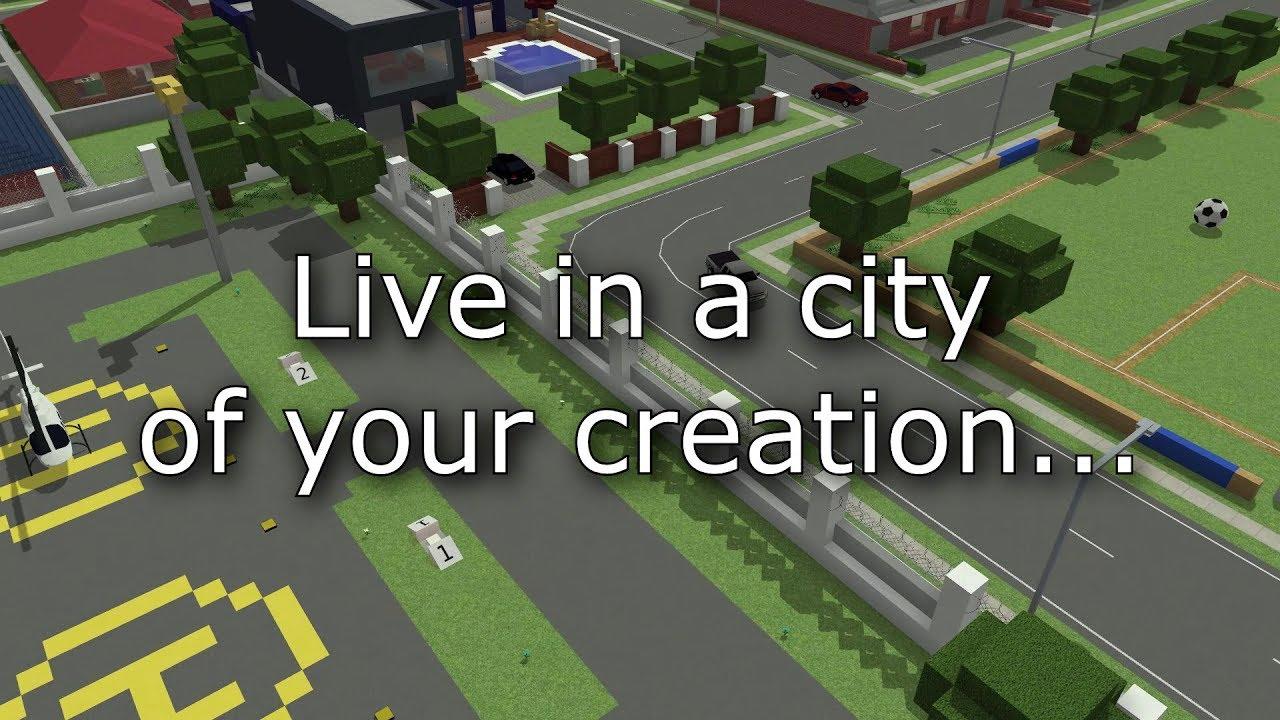 Here's the even more interesting thing: The developer has been working on it since 2012 and it originally began as a hobby for them to learn C++/SDL/OpenGL. It was built on Linux directly too, Linux Mint to be exact using tools like Geany and Gedit.

I've just put in a request for press access, so hopefully we will be granted keys to cover it. Update: Keys have been granted!

The game releases with Linux support on September 14th. If it turns out to be fun (it sure looks it) then it might be a good one to run a server for. Article taken from GamingOnLinux.com.
Tags: Indie Game, Steam, Upcoming
7 Likes
Share

View PC info
Seems like minecraft with commitment issues to me. Did they just list all the game ideas they could think of and jam them all in? Is this supposed to be an actual game, or more of a weird time-waster like Goat Simulator?
1 Likes, Who?

View PC info
Intriguing. I would have thought tags like "Open World" and "Sandbox" would be listed on its Steam page, but it only says "Indie Strategy Action Simulation." A combination that would normally signal something I wouldn't find interesting, yet watching the video I'm already wondering if I can reproduce Saints Row's city of Stillwater.

Whatever, it's made in Linux (!!) and that alone warrants putting it on my wishlist!

View PC info
Sound intriguing, especially thinking about modding. I would love to play in a dynamic crime or medieval city and fight my way to the top...
0 Likes

View PC info
I wish i could start to study C++/SDL/OpenGL and ended up making a game like that.

I can barely make a sprite move without problems
0 Likes

View PC info
I echo some of the other sentiments here.
Too many ideas , too little concrete gameplay.
All those streets look VERY barren.
0 Likes

View PC info
Is not working for me (Linux Mint 18.3)
It says running but nothing happening.


Last edited by tom34 on 15 September 2017 at 8:13 pm UTC
0 Likes
While you're here, please consider supporting GamingOnLinux on: