By Bumadar - 8 January 2015 at 7:40 pm UTC | Views: 8,920
Wadjet Eye Games have announced Technobabylon, a point-and-click, cyberpunk adventure. And according to bluesnews it will be available for Linux after the Windows release.

About the game
The year 2087 is upon us — a future where genetic engineering is the norm, the addictive Trance has replaced almost any need for human interaction, and an omnipresent AI named Central powers the city. Its all-seeing CEL police force keeps tabs on everyone, including three people who are about to meet their maker.

- Charlie Regis, an agent of the city’s all-seeing secret police, finds himself blackmailed with the lives of his unborn children. Pushed to the limits by his deceit and his past, how far is he willing to go to save his legacy?
- Latha Sesame, a jobless agoraphobe addicted to the Trance, has become targeted for assassination. Without knowing who to trust, she must face the dangers of “meatspace” and survive a fate that has invisibly ruled her entire life.
- Max Lao, a tech-savvy case officer who’s very much a product of this society, finds herself torn between two loyalties. When she’s asked to apprehend her best friend and partner, she must choose to follow her feelings or the law.

As these three struggle to save themselves, they will soon discover a string of conspiracies that threatens not only their lives, but everything they think they know.

It will be built with the AGS engine. 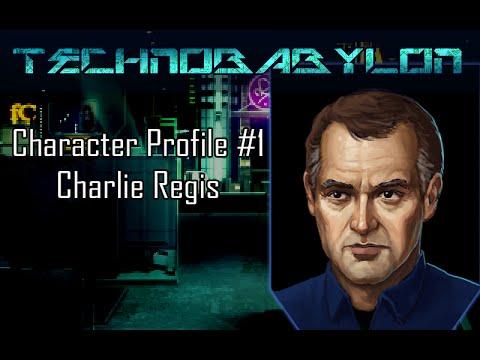 We do often include affiliate links to earn us some pennies. We are currently affiliated with GOG and Humble Store. See more here.
About the author - Bumadar
...
See more from me
Some you may have missed, popular articles from the last month:
The comments on this article are closed.
14 comments
Page: 1/2»

View PC info
Oh, I saw the announcement from Wadjet earlier today but there were no mention of a Linux version. That's cool it's planned.
0 Likes

View PC info
I was a bit surprised to see the announcement since I heard about the game about 4 months and mentioned it in both my interview with WEG and the write-up on AdventureX last month (where I was wrong about the number of protagonists). This is apparently the first official announcement though, and it's nice to see more info about the upcoming game. WEG is pretty much a guarantee for quality and I'm really looking forward to this game.
0 Likes

Quoting: abelthorneOh, I saw the announcement from Wadjet earlier today but there were no mention of a Linux version. That's cool it's planned.

They've commented on this a few times (e.g. here) and said they plan to publish all their future games for Linux. They've also contracted a third-party to port all their previous games to Linux (except Emerald City Confidential) to ensure that they work properly with newer versions of AGS.
0 Likes

View PC info
AGS certainly is a tricky bit of software to get working with the various AGS games out there. For a while I had just used my own compiled version, but I've found the version of AGS bundled with the linux version of Quest for Infamy works really well with the various Wadjet Eye games.
1 Likes, Who?

View PC info
I have the pleasure hanging out with Ben and Francisco in March for a holiday. Hopefully they will show me a tech demo :)
2 Likes, Who?

AGS :(
0 Likes
kolito 9 Jan, 2015
Cool, I still need to finish the shivah but blackwell series and gemini rue gave me a great time. I love cyberpunk themed games and this one won't fail us
0 Likes
novemberist 9 Jan, 2015
Speaking of AGS, what is in your opinion the best Linux native alternative to AGS for those of us who have ever thought about creating a small point&click game of their own? There seems to be an abundance of tools and adventure game engines for Windows, but not a lot that really work on Linux (outside WINE)

I only know of OpenSludge, which seems to be very basic in comparison to AGS, Wintermute etc.
0 Likes

Quoting: novemberistSpeaking of AGS, what is in your opinion the best Linux native alternative to AGS for those of us who have ever thought about creating a small point&amp;click game of their own? There seems to be an abundance of tools and adventure game engines for Windows, but not a lot that really work on Linux (outside WINE)

I only know of OpenSludge, which seems to be very basic in comparison to AGS, Wintermute etc.

I haven't used it myself, but the GODOT Engine, which was covered in an article here, looks like a great alternative.
0 Likes
1/2»
While you're here, please consider supporting GamingOnLinux on: