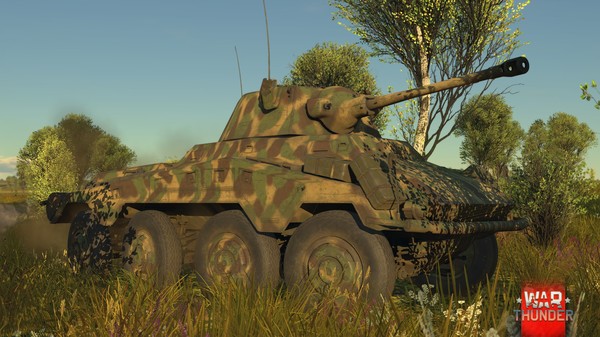 War Thunder [Official Site], the free to play cross-platform MMO may gain Vulkan support in "the near future" the developers have said.

In their "Answers from developers!" post was this question (I've cropped the quotes to the relevent bits):

In reply, the developers said this:

Vulcan is very interesting to us and we support its development (link). We hope that it might replace OpenGL in the Linux and Windows versions in the near future, and possibly Direct X 9.0. That depends on whether graphics card manufacturers support it. […]

I think people will forever be spelling Vulkan incorrectly.

It's good news to see more developers considering it. Not only can it potentially improve performance, but it's an open API and good news for Linux gaming if more developers use it. War Thunder already support Linux, but the more, the better.

Thanks for the tip in our Telegram Group, Uriel!

Article taken from GamingOnLinux.com.
Tags: Vulkan
18 Likes, Who?
We do often include affiliate links to earn us some pennies. We are currently affiliated with GOG and Humble Store. See more here.
About the author - Liam Dawe

View PC info
Excellent news for me, I love War Thunder and just started playing it recently when I found out it was on linux. Now I have over 200 hours in it already, according to steam.
2 Likes, Who?

View PC info
Dropping DX9 is not something they'd do lightly I imagine. This kind of decision would only be done after looking at what hardware & software configurations their user base is using; not all drivers support Vulkan.

Unless they're talking about an Avro Vulcan. Not sure how that could replace a graphics API though.
1 Likes, Who?

View PC info
For the Linux version it would be awesome - we might actually hope to get properly working anti aliasing then instead of fx-screenblur-aa.
That would only leave 5.1/7.1 surround sound on my wish list then.
1 Likes, Who?

View PC info
Good news, the game already works like a charm, and is very beautiful.
2 Likes, Who?

Quoting: SchattenspiegelFor the Linux version it would be awesome - we might actually hope to get properly working anti aliasing then instead of fx-screenblur-aa.
That would only leave 5.1/7.1 surround sound on my wish list then.

If your GPU can handle it, you can change the backgroundScale:r=1 parameter in config.blk to a number higher than 1 for true multisampling. My GTX1080 could handle 2x oversampling at 1920x1200 (so, downsample from 3840x2400) with still stable +60fps on otherwise generally very high or maxed settings. And it looks fantastic.

You might have to make the the config.blk file read only afterwards before launching the game - as it's an unsupported value, the game will try to revert it, otherwise.

View PC info
I FKN HOPE SO, I've only been badgering Gaijin about VulkanAPI for like EVER. I guess they finally got sick of my comments now and again about it... :)

The game in my testing is not particularly fast with AMD hardware with very high settings, so I think Vulkan could definitely fix those nasty FPS drops at the very least.

Quoting: Schattenspiegel[...] You might have to make the the config.blk file read only afterwards before launching the game - as it's an unsupported value, the game will try to revert it, otherwise.

Good time to point out the art of chattr +i file Unless you've gone through a more elaborate user/group management setup for Steam, it has the same file access rights you do on game files. If you make it read only (e.g. with chmod) then Steam could just overwrite that.

That's where chattr (change file attributes, see also lsattr, list attributes). When the file is made immutable not even root can modify, delete, rename, symlink or hardlink it.

There are some caveats w/r/t root access, but if Steam has root access on your machine, you have bigger problems than protecting a game config :S:

Hopefully that helps anyone who needs to lock down a file. (Remember '+' adds the attribute, and '-' removes it)
1 Likes, Who?
pedrojmartm 4 Sep, 2017
I play the game on Windows and Linux, but with linux i have a 30-40% performance lost. So, i hope vulkan can reduce the FPS gap between Windows and Linux version.
1 Likes, Who?

Yep, same, However you will also notice on the Linux/OpenGL render it has ALLOT more low fps dips, like there will be areas where it hits 20fps (even looking in certain directions) or something for no reason.
0 Likes
While you're here, please consider supporting GamingOnLinux on: