The highly popular War Thunder MMO game has officially launched on Linux. We don't have many decent MMO games, so is it worth a shot? 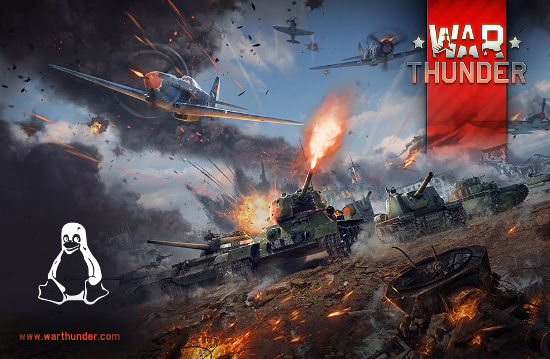 The download includes a little executable to run that downloads the rest of it. I recommend you run the updater in the terminal to see the progress as I just double clicked it and it doesn't give you any indication as to what is happening other than files appearing, oops.

Bit shocked they don't give you any warning if you just double click it, so in my opinion that's a bit of a flaw to start with, but oh well it works!

The download is currently a bit slow on my end too, so expect me to update this with how the port is later.

Once you login it will probably tell you it needs to download voices, if you click Download it will quit again and download them in the background and then re-launch. They really need a UI for the updater.

More Thoughts: The port seems to be of good quality and the performance certainly seems good. Setting a resolution lower than my desktop makes the game scroll past its own window though, so that's annoying.

There's a lot you have to learn in the game, and it can be pretty overwhelming when you start. As you have different currencies, research, planes to buy, pilots to level up and so much more. It's no wonder people sink so much time into it, as most of the time at the start is learning what the fuck you're doing.

Seriously, the tutorial barely covers anything it's stupid. It doesn't explain the currency, the research, fitting modules. The swearing is appropriate for how lacking the tutorial is. 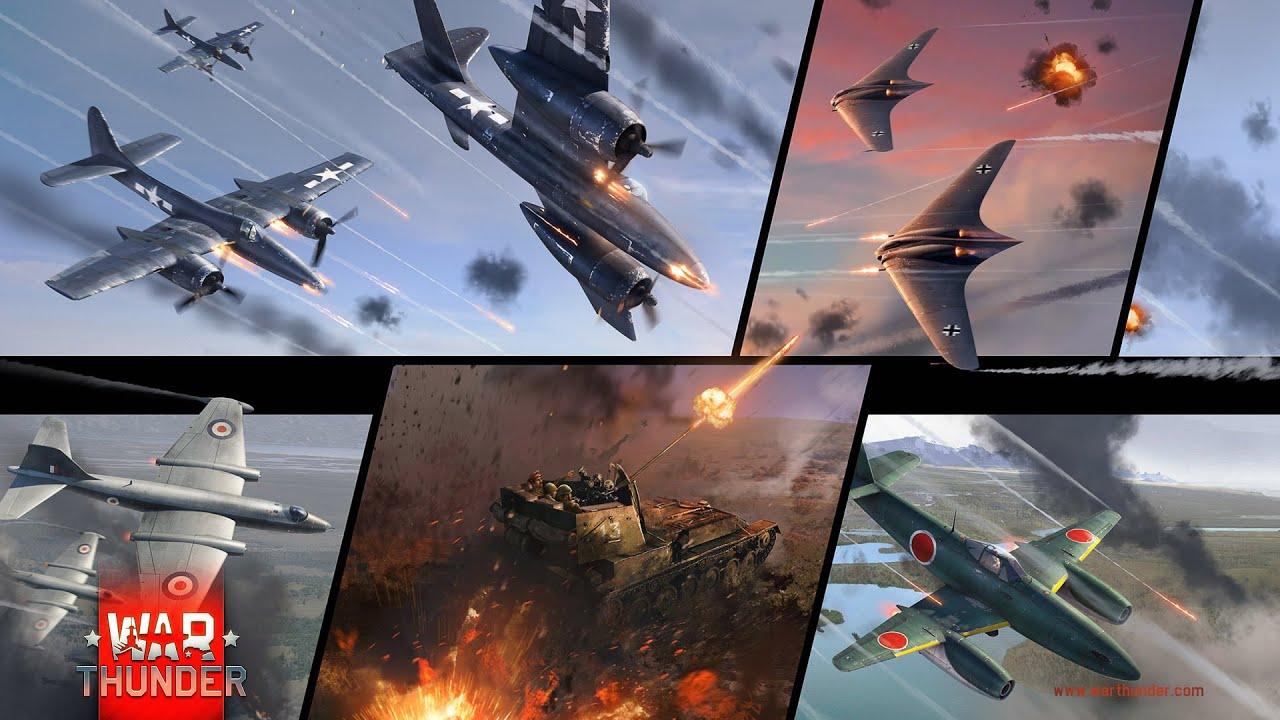 QuoteWe’re happy to announce today that War Thunder is now available for Linux users. Just click the “Download game” button on the main page and chose the link for Linux version!

After extensive testing, Linux users around the world can finally experience War Thunder with cross-platform playability with PC, Mac and PS4 users, as well as all of the latest additions to the game, including the major 1.43 update.

Please note that only 64-bit systems are supported. Linux-version for Steam will be released later. We’ll appreciate your feedback on our forums. You can find answers for most frequently sked question in the War Thunder version for Linux section of the FAQ.

War Thunder is a next generation MMO combat game dedicated to World War II military aviation, armoured vehicles, and fleets. You will take part in many of the major combat battles fought during World War 2 and the Korean War, fighting with real players from all around the world.

The game is completely free to play.

View PC info
so this is free2play with starter packs (tanks and aircrafts) right? is it pay 2 win or is there a decent amount of free vehicles included (that aint weaker than the ones in those dlc packs)
0 Likes


This is consistently my number 1 time sink in past 2 years, now I can sink all the time into it without using Wine! Halleluyah!
0 Likes

This is one of the least pay-2-win games out there, but it's rather pay-2-progress.

By that I mean you will grind your ass off if you don't throw some money at the game. As exclusive "money only" vehicles go, tho, they 90% of them are either light variations of what's already available for free (protypes, experimental modifications) (after grind tho) OR, a "captured" vehicle of one nation placed into another nation's tree.

IMHO you can have a lot of fun even for free, you just gonna have to deal with having quite limited options, unlocking a vehicle here and there. The game has a match-making system in place, tho, so most of the time your enemies shouldn't be significantly more powerful than you, so you always have a chance regardless.

Generally, 4 out of 5 situations, individual skill is significantly more important than the vehicles the players have, be it further-up-grind vehicle or a premium one.
2 Likes, Who?

View PC info
finally... i was in closed beta back in july and they still didnt put up a proper launcher..but thats not an issue if they put it into steam anyway.

I've created an installer for Lutris.
It launches the updater in a terminal (xterm, available in most distros) so you can see the progress.
It hasn't finished downloading for me so I'm not sure what happens next, if it's needed to launch another file, I'll have to modify my script.

Oh and make sure you have the last version of Lutris, 0.3.6.1
2 Likes, Who?
masteredu 6 Nov, 2014
To change language, open config.blk with the texteditor, and add this line to the very beginning of the file:

for example for German :)

You have to do this, because the linux version has no launcher (yet).
0 Likes

Been playing WT for quite some time, excited to be able to play it properly now. There's some P2W in there, the real-money-paid planes and tanks come with all upgrades already unlocked/installed, and they receive a much larger number of free repairs before they start dinging your income, but it's entirely possible to play F2P forever and do well. It is made massively easier and faster to progress initially if you invest some money into premium time, at least for the first 3 tiers or so.
0 Likes

QuoteJust click the “Download game” button on the main page and chose the link for Linux version!

I just get: War Thunder is not available on your current platform.
0 Likes
1/5»
While you're here, please consider supporting GamingOnLinux on: