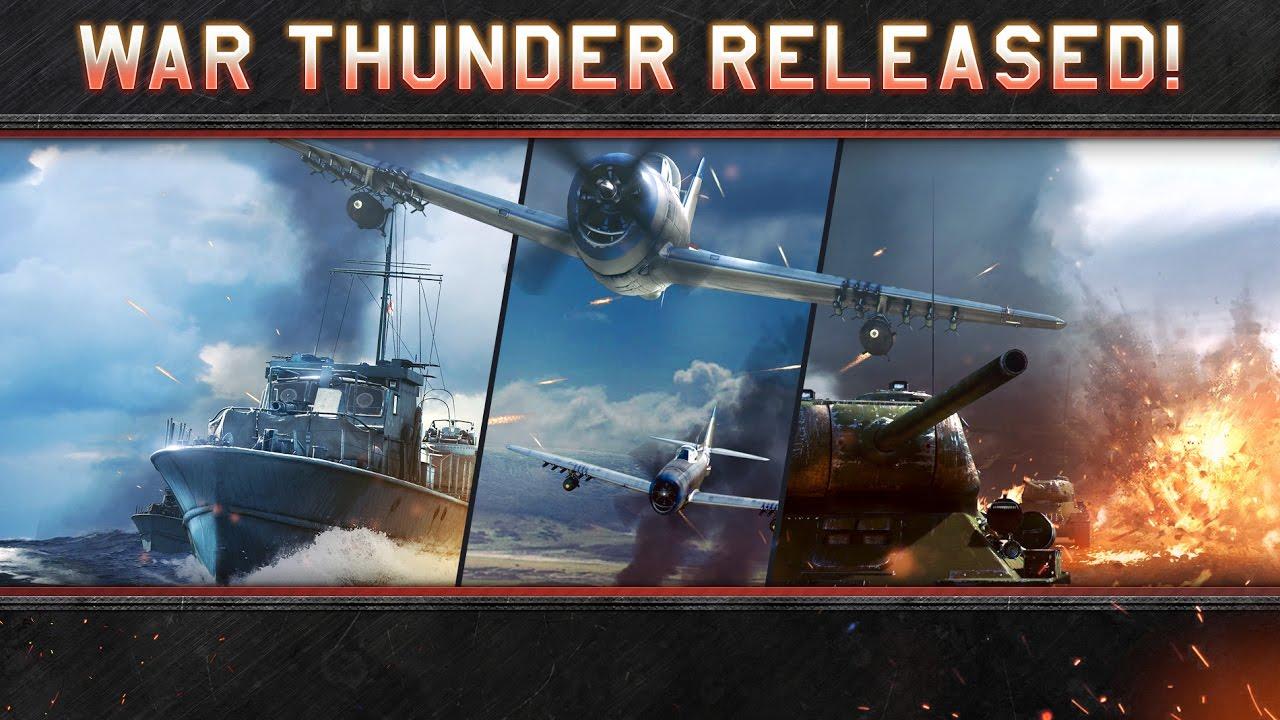 YouTube videos require cookies, you must accept their cookies to view. View cookie preferences.
Accept Cookies & Show   Direct Link
War Thunder [Official Site, Steam], the free to play MMO is now officially out of beta with a celebratory sale on their premium accounts to mark the occasion.

They also released a big update the day before, which adds two locations, a ton of new units, generic 3D cockpits for all aircraft and tons of other additions. You can see the full changelog here.

It's a truly huge update, so I might have to have another crack at it and see if it can hook me in now.

It's an incredibly popular game, as of right now over 17 thousand people are playing it according to Steam statistics. That's pretty impressive really, considering it's free to play and it has been in beta for quite a long time.

What do you think of War Thunder, have you put much time into it? Article taken from GamingOnLinux.com.
Tags: Free Game, MMO, Steam
1 Likes
Share

Hedaja 21 Dec, 2016
View PC info
Wait. It officially out of beta just now? Oo
I played it for a long time and it never felt like beta. It runs flawlessly on Linux with same performance as on Windows for me.
Unfortunately Gajin didn't do a version for Crossing :(
1 Likes, Who?

View PC info
Ey I am actually an International team Tech Mod for War Thunder so if you have any esoteric kinda problems to report you can try to contact me and I can see if I can help!

(And yes I have drowned unhealthy amount of time in this game)
4 Likes, Who?

View PC info
By the way if you care for pure gossip even if based on factual points, a separate studio will use War Thunder's game engine to build a first person shooter based on the same engine and their "System Requirements" section mentions "we will probably add support for Vulkan later on" which strongly implies War Thunder will get a Vulkan renderer as well, eventually. (This isn't based on my tech mod position, I have no insider info on the matter)

View PC info
Finally cockpits for all them beatiful aircraft!

View PC info
Teal: Just one thing. By default in Ubuntu is "repeat key after press" or something like that. I.e., if you hold key, it takes it as repeated press.

This however clashes with WT, which does not recognize this option.

Another thing, some destroyed tanks have broken texture or something with my fgrlx drivers. Once I destroyed enemy tank and it spit out broken rainbow that covered my whole vision. But since world is moving from fgrlx, it doesn't matter anymore. I should update to U16 anyway.
1 Likes, Who?
TheRiddick 22 Dec, 2016

View PC info
The key repeat issue doesn't appear to be a problem with Manjaro KDE, last time I checked.
1 Likes, Who?

View PC info
I have played some hours with Steam Controller under SteamOS. Game run flawlessly although I could not fly planes well as controller was missing some keys. Is controller fully and natively supported now as game went out of beta?
0 Likes

View PC info
I've read a lot about that the russian tanks are historically incorrect far better in comparison to others, mainly the german ones. Is this still a thing?
1 Likes, Who?

I suck terribly with both Russian tanks and planes. Therefore I never understood this "Russian bias" debates. Some single models seem to be overpowered and others are too vulnerable - but you find these in the trees of all nations.

It's a load of bollocks spread by so called "wehraboos", whom are a phenomenon reaching far beyond the borders of this game's community.

Germany, together with Japan, gets far more "historical leeway" than the allied nations (mostly because they didn't develop any vehicles in the period right after the war) and Germany in particular is one of the most prolific choices both in Tanks as well as Aircraft.
1 Likes, Who?
1/2»
While you're here, please consider supporting GamingOnLinux on: