Warhammer 40,000: Dawn of War III to get a free update with new multiplayer game modes 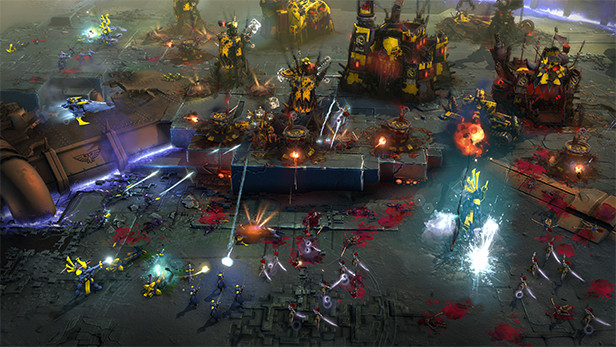 Hell yes! One of my biggest gripes with Warhammer 40,000: Dawn of War III [Steam] is going to get washed away with a free update!

Info: If you haven't already read it, see my port report & review of the Linux version.

The free update, which will release on June 20th (Linux patch date TBC), will include one of the most requested features: new game modes. After this patch, you will no longer be forced into playing the rather MOBA-like online mode it currently has. Instead, an additional mode called Annihilation will be added.

This new mode is much more like a classic RTS, with it being more about taking down the enemy. It seems that it will also have a variant where you can start off with defensive turrets.

They are also adding in buildable defensive turrets, to help with this. So it will enable new strategies to be formed and it sounds really quite good.

While I don't mind the current online mode, having that as the only option is an issue, so having more game modes is going to make me enjoy the game a lot more.

They've said that all existing maps will be adjusted to work with this new additional game mode, but they will also be adding in another map and a free skin pack too!

I will probably give it some more additional thoughts when the patch is released for Linux. I imagine this will enable a lot more people to enjoy it, so I'm really pleased they listened to the feedback.

View PC info
I bought it when it was released. Great game. In my opinion good mix of DoW 1 and 2. I don't understand all this negative reviews.
1 Likes, Who?

Wish they would start releasing the other factions as DLC.
Just 3 seems like not enough. :(

Quoting: coolboberI bought it when it was released. Great game. In my opinion good mix of DoW 1 and 2. I don't understand all this negative reviews.

Some people really don't like the MOBA elements and having to level up/unlock the elites.

I'm personally not perfectly happy either with the game but complaining about the moba elements baffle me (unlocking being stupid I do understand).
Does it have heroes? Yes, so did previous. Even more so infact with the gear buying and whatnot.

Also I don't really get why they are adding annihilation when the current mode is pretty much it. You are required to bust enemy base (or specific building in it and when you are capable of doing it, you could take the whole base down).
I'd much rather see the VP capture of COH and DOW2 which the whole node capturing is already so very well suited for.
0 Likes

I've seen a Steam Workshop item like that already :
https://steamcommunity.com/sharedfiles/filedetails/?id=941377755&searchtext=last+stand
2 Likes, Who?

I've seen a Steam Workshop item like that already :
https://steamcommunity.com/sharedfiles/filedetails/?id=941377755&searchtext=last+stand

I've seen a Steam Workshop item like that already :
https://steamcommunity.com/sharedfiles/filedetails/?id=941377755&searchtext=last+stand

did crash on me :/
0 Likes
While you're here, please consider supporting GamingOnLinux on: