I learned about West of Loathing [Steam, Official Site] recently from Twitter and it seems like it could be a pretty amusing game, it release with Linux support on the 10th of August. 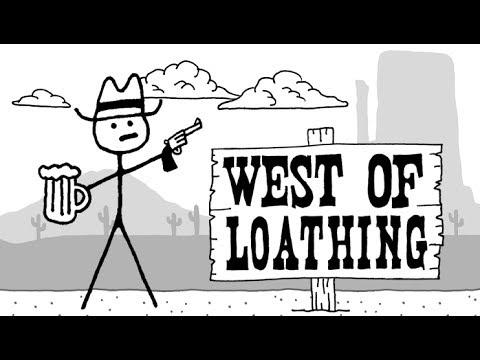 You will be punching skeletons wearing cowboy hats, customizing your stick-figure character, collecting over 50 hats and hopefully laughing at the jokes.

What's interesting, is that is has a turn-based combat, but it seems like the combat might be optional.

Article taken from GamingOnLinux.com.
Tags: Adventure, Comedy, Indie Game, RPG, Steam, Upcoming
1 Likes, Who?
We do often include affiliate links to earn us some pennies. We are currently affiliated with GOG, Humble Store and Paradox Interactive. See more here.
About the author - Liam Dawe

View PC info
I'll wait for some in depth reviews, but this has my attention. I love a good RPG, I find the art style charming, and it's been a long time since I have played a good western.
0 Likes

View PC info
Is this made by the same people that made Kingdom of Loathing ?
1 Likes, Who?

Quoting: razing32Is this made by the same people that made Kingdom of Loathing ?

Yes it is. The graphic style, the title - couldn't be a coincidence. It's even advertised on the website: https://www.kingdomofloathing.com/

Quoting: razing32Is this made by the same people that made Kingdom of Loathing ?

Description says "set in the wild west of the Kingdom of Loathing universe" so I would suspect so.

View PC info
Years ago, when I was studying, I used to play KOL daily. It was great fun, and apparently still is, according to my wife and friends who still play. I plan on buying a copy as soon as it's released and I have some time on my hands.
0 Likes
While you're here, please consider supporting GamingOnLinux on:

You can find even more ways to support us on this dedicated page any time. If you already are, thank you!
Sales
Visit sales page
Livestreams & Videos
Community Livestreams
Add your own or view all
★ Support Us
Popular this week
Search or view by category
Contact
Latest Comments
Latest Forum Posts
Misc
Free Linux Games
Hot articles over the last 30 days

With a rewritten rendering engine that gives Vulkan support, X-Plane 11.50 is out now