12 is Better Than 6 was funded on Kickstarter last month and is already available as a full release on Steam. The game is similar to Hotline Miami, though set in a sketch book style 19th century Wild West. 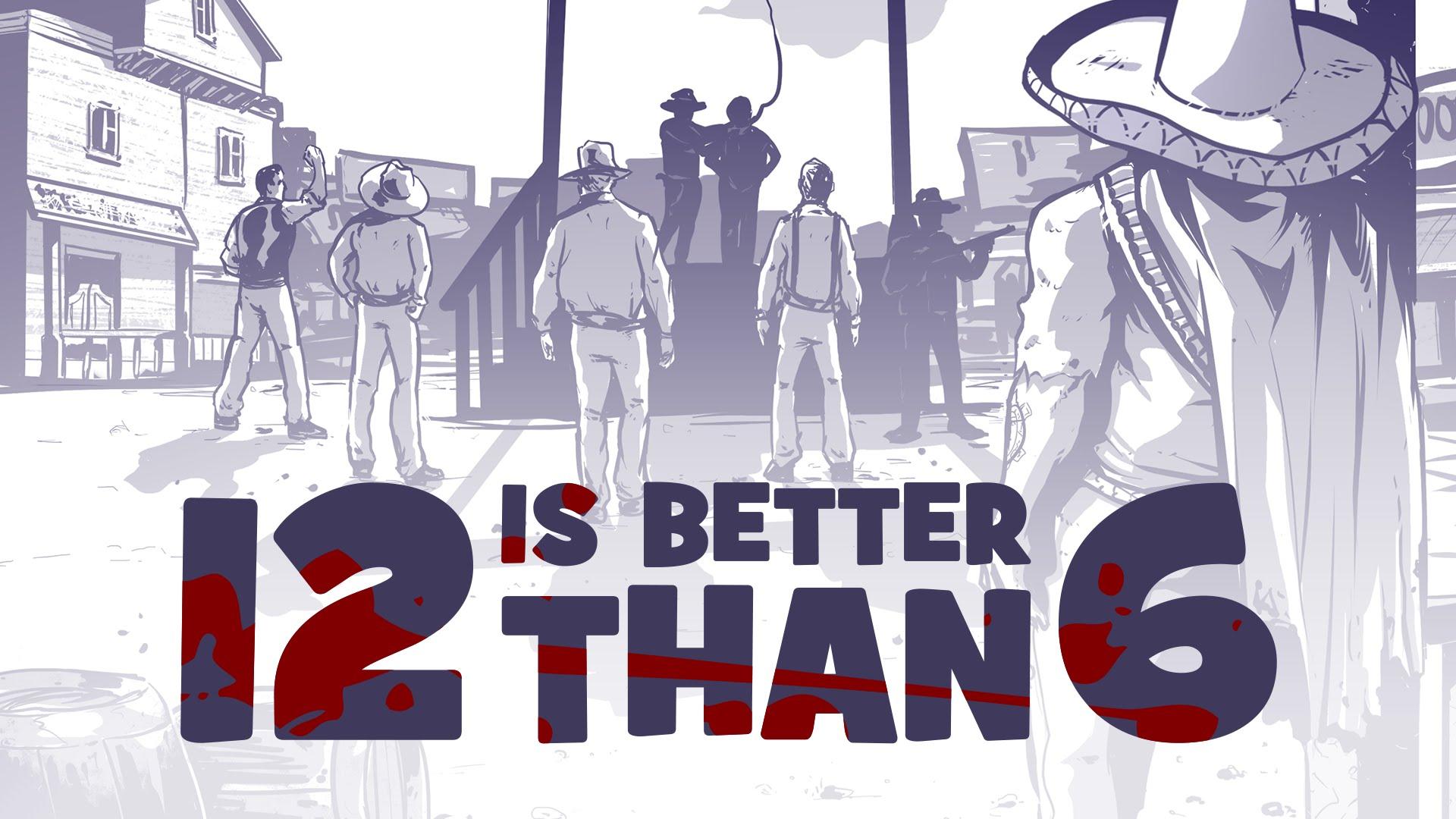 YouTube videos require cookies, you must accept their cookies to view. View cookie preferences.
Accept Cookies & Show   Direct Link
We mentioned the game in The Funding Crowd #50 when developer Ink Stains Games was seeking funding on Kickstarter. The game was funded with as little as a £13 margin on a £15k goal, and even though none of the stretch goals were met, it's surprising to see the game fully released just a little over a month after the campaign ended.

The game was released for Windows last week, but was made available for Linux this Wednesday; only five days after the initial release. I've played through the tutorial and the first few chapters of the first act, and I like what I've seen of the game so far. This is a game where confronting enemies head on isn't always the best option, so it's often a good idea to sneak up on enemies and take them out with your knife; or at least make sure you have some kind of cover to duck behind.

Since weapons are limited to ones available in the era the game is set in, they won't have a large number of rounds. There's often ammo stashed away in cupboards and on tables though, and you can loot dead enemies, so ammo is easy enough to come by. You'll also find sticks of dynamite in some chapters, but using explosives to kill makes a lot of noise, and will usually draw other enemies. The AI isn't the best though, so if you just go and hide behind a corner, they'll eventually forget about you.

I like the hand drawn pen on paper style of the game, and the option to choose between either a stealthy or a more direct approach appeals a lot to me. There are also several upgrades available, and I'm curious to see how they affect the game.

You'll find 12 is Better Than 6 on Steam

It is 1873. An escaped slave is slowly walking through the desert, making his way from Mexico to Texas. He keeps a revolver close and is wearing the sombrero stolen from a dead man.

Article taken from GamingOnLinux.com.
Tags: Action, Adventure, Initial Thoughts, Steam
0 Likes
We do often include affiliate links to earn us some pennies. We are currently affiliated with GOG, Humble Store and Paradox Interactive. See more here.
About the author - flesk

View PC info
This is from the campaign text:

QuoteWe've managed to create a playable pre-alpha for 12 Is Better Than 6, but this game cannot be made without your support.

It's hard to say how much of the game was done before the launch of the campaign, but there's no way you can make a game like this in as little as a month. If people think that, they have very unrealistic perceptions of much time and money it takes to develop a commercial video game.

View PC info
I enjoy top down shooters so I'm interested. I already contacted them about a DRM free version, hopefully they plan one soon.
2 Likes, Who?

I'll give it a pass. I would rather just play through the Hotline Miami series again (they're just so great).