The first Rocket League tournament we ran went quite well, the second not so much. So for the next two tournaments we're going to give them a bit more exposure. 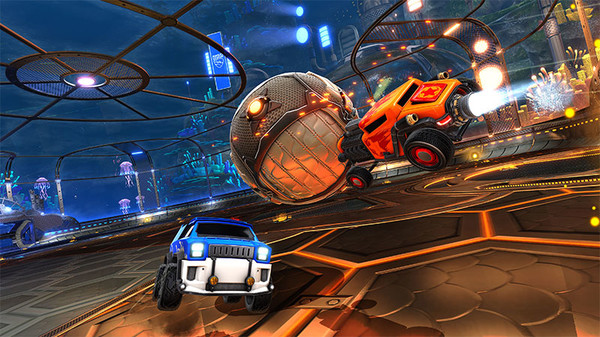 Hopefully, with an event for both Europe and the US, it might make it easier for some of you to join in. There's no password on either, as I believe that was a barrier on our second event for quick entry. All matches are Soccar, with a max of 64 players and a best of three.

I will be personally joining the EU event on April 21st, not that I expect to make it past the first match like last time…

Note: You need to turn up a good ten minutes before it starts, to actually register. You cannot enter either once they have begun!

Grab a copy of Rocket League from the Humble Store (affiliate link) and Steam if you still don't own it, plenty of time to practice.

Article taken from GamingOnLinux.com.
Tags: Sports, Steam
6 Likes, Who?
We do often include affiliate links to earn us some pennies. We are currently affiliated with GOG, Humble Store and Paradox Interactive. See more here.
About the author - Liam Dawe

Looks like 1v1 when you view in game (Europe one at least)
1 Likes, Who?

View PC info
I'm going to try to make the 20th. I might be able to do both.

By the way, how do we find the tournament? Just search for linux?

By the way, how do we find the tournament? Just search for linux?

Search for GamingOnLinux if the naming scheme is the same as before. Although Linux might be close enough. I doubt there are a ton of linux specific tournaments listed.
0 Likes
MichaelTunnell 19 Apr, 2018

when I went into the game to subscribe to the tournament it said April 19th at 8:00PM Pacific so just a heads up to adjust.
0 Likes
MichaelTunnell 20 Apr, 2018

still time to play if you are some how reading the comments at the moment.

MichaelTunnellUpdate . . . the tournament is activating right now not on April 20th

still time to play if you are some how reading the comments at the moment.

Well, it's been the 20th for a few hours already on this side of the pond. Maybe that's what caused the mixup?

View PC info
it is likely a mix up of choosing the wrong date yea . . . the timing for USA version being so late is more weird though because he could put them both on Saturday and due to the time difference there wouldn't be much of an issue.
0 Likes
1/2»