When It Hits the Fan, a top-down shooter where four apocalyptic events happened all at once

When It Hits the Fan [itch.io, Steam] is a top-down shooter where a zombie outbreak, robot AI takeover, demon incursion, and alien invasion have all happened at once. As far as the premise for the game goes, having all those at once is pretty amusing.

I took a look, so here's a video of some of the gameplay you can expect to see: 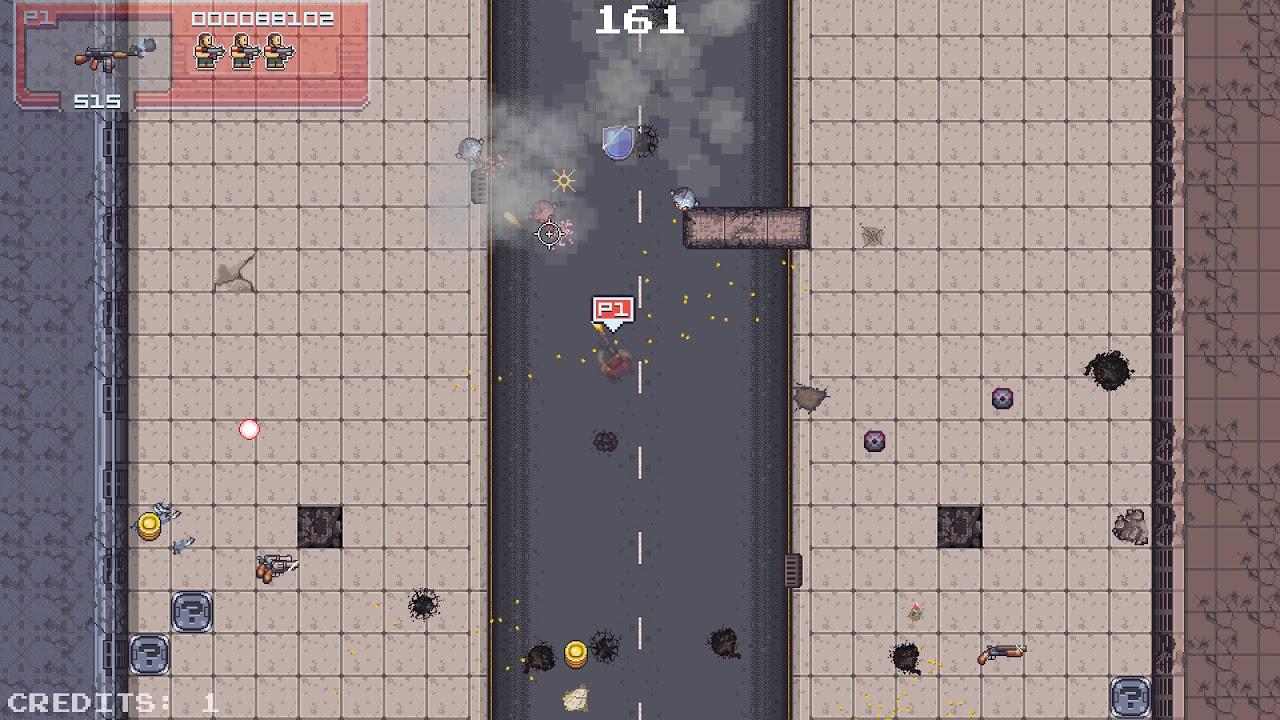 The developer says the game was inspired by classic shooters found in the SNES/Sega Genesis era. After playing it, I can see why they've said that as it does remind me of some classic titles. It's mostly a basic run and gun action game, with a few interesting ideas. It's actually pretty fun considering how simplistic it is!

The screen can end up literally filled with all types of enemies, if you're not quick enough in dealing with the spawners. On top of that, you're also dealing with mines, so many damn mines. The amount of times I've blown myself up running away from a swarm of enemies to step on a mine — I've lost count.

It can end up being a bit of a bullet-hell too, as enemies are a mixture of melee and ranged. Some spam out bullets at you, some charge up to release a powerful blast, while some just spawn in huge numbers to try and overwhelm you. You will end up doing circles around the screen as you try to avoid it all, it's extremely manic.

Part of the difficulty comes from the fact that there's no health system, it's a one-hit kill approach here. You do have a few lives, which keep you respawning at your point of death. Even so, I've spent the last few days playing it and all I've been doing is dying. The difficulty really can be brutal, even on the easier mode. One false step and that's all folks!

The game also mixes in some boss battles, I wouldn't say those were actually all that difficult, but more of a question of studying their behaviour and watching your steps. Thankfully they move in what seems like defined patterns, which actually makes them slightly easier than dealing with a screen full of enemies with lots of different types of attacks. Still a good challenge though!

If you manage to push through it, you will unlock a "Hard" mode, although in my opinion that's only going to be for the most dedicated players. It's also worth noting, that this can be played in local co-op as well as by yourself.

If you're in the mood for a difficult, retro-inspired top-down shooter to get angry at your friend while playing in co-op, as they pinch the various power-ups while you're dealing with many enemies, go for it. Even you're playing solo, it's still worth checking in to see if you have what it takes.

But mouse aiming in top-down and side-scrollers annoys the hell out of me. Give me the use of a d-pad style any day.
0 Likes
While you're here, please consider supporting GamingOnLinux on: