Win A Copy Of Alien: Isolation, GOL Teams Up With Feral Interactive Once Again

Are you ready to scare yourself silly? How about a chance at winning one of three copies of Alien: Isolation?

How do I win?
Draw your best Alien picture, and put it in the comments. It doesn’t need to be a work of art, but give it a go and let’s see what you can come up with. It can be drawn in “real life”, or you can use something like gimp it’s your choice. Don’t be afraid, because it can’t be worse than mine and I actually spent some time on this: 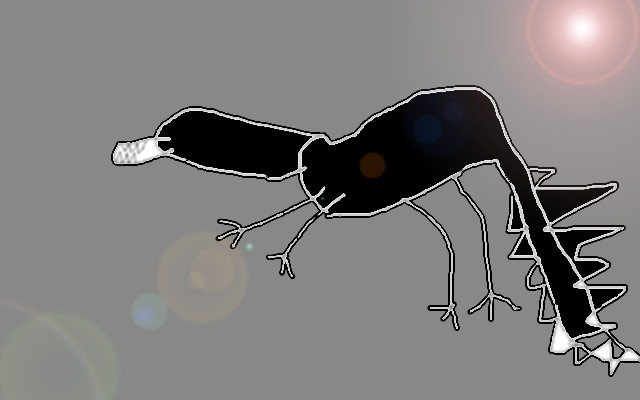 The best (or worst because you tried and it's hilarious!) three entries will be sent a key for Alien: Isolation, but these aren’t just any keys, these three keys are for the entire collection you lucky bloodthirsty xenomorphs!

You have until Monday the 2nd November at 8PM UTC, so get drawing! Article taken from GamingOnLinux.com.
Tags: Competition, Feral Interactive
0 Likes
We do often include affiliate links to earn us some pennies. We are currently affiliated with GOG, Humble Store and Paradox Interactive. See more here.
About the author - Liam Dawe

I am the owner of GamingOnLinux. After discovering Linux back in the days of Mandrake in 2003, I constantly came back to check on the progress of Linux until Ubuntu appeared on the scene and it helped me to really love it. You can reach me easily by emailing GamingOnLinux directly.
See more from me
Some you may have missed, popular articles from the last month:
The comments on this article are closed.
51 comments
Page: «6/6

View PC info
All winners have now been sent their key, thanks all great pictures!
0 Likes
« 1«6/6