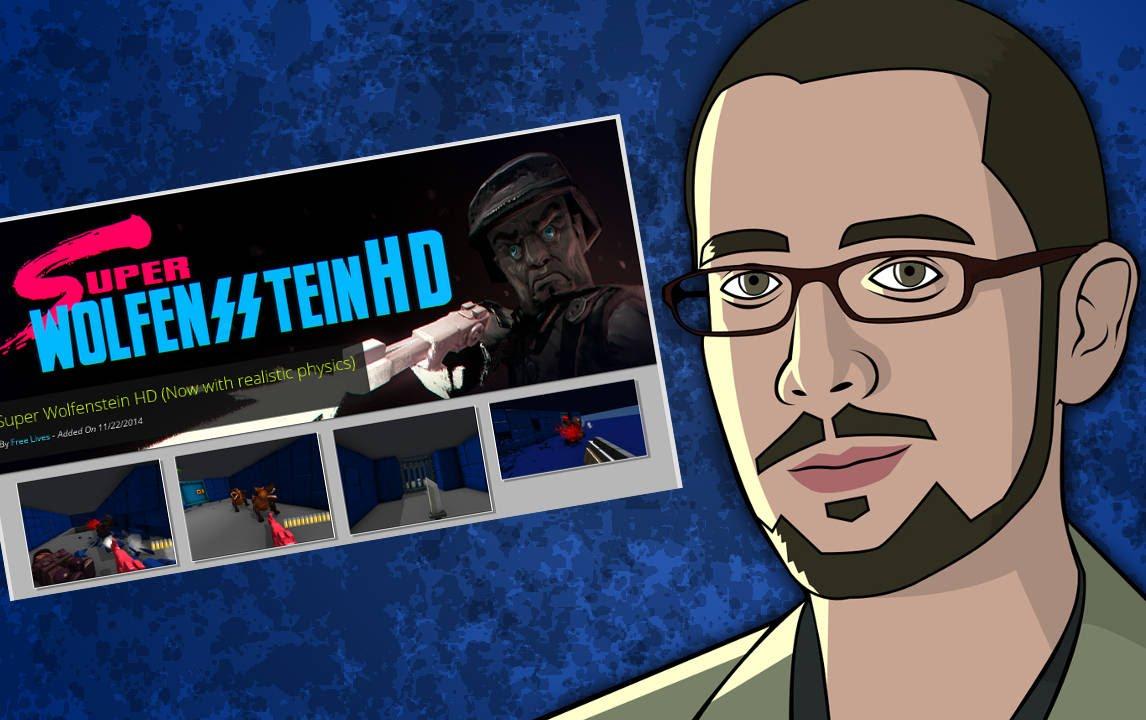 YouTube videos require cookies, you must accept their cookies to view. View cookie preferences.
Accept Cookies & Show   Direct Link
When it comes to playing Windows games on Linux many people would recommend the use of a program known as WINE. Although WINE is a difficult beast to tame, it can be done quite effectively with a little help from a program called PlayOnLinux.

We do often include affiliate links to earn us some pennies. We are currently affiliated with GOG and Humble Store. See more here.
Some you may have missed, popular articles from the last month:
The comments on this article are closed.
27 comments
Page: 1/3»
Skarjak 18 Dec, 2014
I no longer use playonlinux scripts. I have found that a lot of them seem to not be updated very frequently to account for new wine releases or patches which may have affected compatibility. I still use playonlinux, but only as an easy way to manage multiple versions of wine. I just install the applications from scratch into new virtual drives and go to winehq to see if anything needs to be done to make it work.
3 Likes, Who?

View PC info
PlayOnLinux can be very user friendly but can also be too simple for its own good. My favorite Wine Helper is a nice Qt based application called Q4Wine. While not super user friendly, you can set up multiple prefixes, custom and integrated Desktop files, easy Winetricks support and many more features.
1 Likes, Who?

gojul 18 Dec, 2014
View PC info
Personnally I do not use Wine anymore except maybe for very old games such as 3D Ultra Pinball that would not run under modern OSes. I prefer having a Windows VM for Windows games and using Linux for the other stuff (including... Linux games ;-) )

And I do not use multiboot anymore on my new PC as it is too hard to maintain, and I'm too lazy to reboot my PC.
3 Likes, Who?

Quoting: gojulAnd I do not use multiboot anymore on my new PC as it is too hard to maintain, and I'm too lazy to reboot my PC.

I must admit, I'm a hair's breadth away from doing that myself. It's only one or two game franchises that are keeping it there.
0 Likes

I'll have to remember to give that a spin. Thanks for the info.
0 Likes
zirlo 18 Dec, 2014
View PC info
Your videos are really good. Looking forward to more in the future.
4 Likes, Who?

View PC info
I found PlayOnLinux to be super helpful, even though I still needed to do some tinkering. I much prefer it over Vanilla Wine for anything complex, particularly if you start making changes to Wine, it's great to sandbox it.

To be honest, years ago I used to think Wine was a joke...such an ambitious task that would never go anywhere. These days I'm really impressed how far they've come. Wine may well in the future be the ONLY way to run old Windows apps on new hardware...it will become this amazing archiving tool.

I also used to think that Wine (no pun intended) watered down the purity of Linux by running evil MS stuff. However, I've changed my opinion on that too...Wine is like this boa constrictor, squeezing the life out of native DX9 apps and rendering Windows useless. I mean WHY would you run Windows, when you can run Linux...AND run Windows apps as well?? The Borg wants you to assimilate....
3 Likes, Who?
KDGNOR 18 Dec, 2014

i use "PlayOnLinux" for 3 games wait for port for now :D
0 Likes

View PC info
My experiences with Wine have been pretty positive over the past 8 years. I've had the good fortune to have most things that I like/care about either have native builds available or run fairly well in Wine without fiddling.

As mentioned in the video, things have definitely improved over time. There was a time when getting many games to run required compiling Wine with particular patches, but I haven't found any need for that since the fixes needed to make StarCraft 2 run out of the box were merged into the main line.

One recent problem my partner had was not having 32 bit audio libraries installed, which made Morrowind crash at the main menu. Other than that and Zombie Driver HD needing a DLL override, I don't think she's had to do anything to get the games that she plays in Wine working.


I've never used PlayOnLinux, but it seems to solve a problem I don't have. Winetricks sorts out a bunch of library/configuration things that some people might have trouble with, and creating separate .wine profiles is as easy as putting WINEPREFIX=~/.wine_foo/ before calling Wine in a terminal. I prefer to install all my apps via a command line so that if there are any problems, I have some idea of what's going on, and Wine automatically creates .desktop launchers for applications which include the appropriate prefix, so running after installing is just a matter of double clicking an icon.

The Wine project's AppDB is a nice resource for looking whether others have had success running an app, and has a nicer way of presenting test results/information than the PlayOnLinux site IMO.


Before Steam for Linux landed, I think all but two or three games from my Steam library (it was around 200 by the time Steam for Linux launched) ran happily under Wine, and DRM didn't play a role in the problems I had with those. I'd definitely advocate people buying stuff from GOG, but those considering Steam shouldn't need to be wary of DRM related problems unless the game uses some third party DRM (in which case, it's worth considering not buying/playing it anyway :D ).

Back in the early days of SteamLUG, we were a community of Linux users who ran Steam in Wine. There were definitely people who had problems, but on the most part, I think positive experiences were the norm. These days we don't see much Wine discussion - I guess that either fewer people are using it or nobody's having any problems.


I definitely don't use it as much as I used to, but Wine is a tremendously impressive piece of software that represents a mind boggling amount of work, and I'm glad it's there (alongside DOSBox, ScummVM and UAE) for legacy stuff :)
2 Likes, Who?
Zeitgeist 18 Dec, 2014
View PC info
awesome video! I used to use wine in order to play diablo2 ages ago.
3 Likes, Who?
1/3»
While you're here, please consider supporting GamingOnLinux on: