Wine 3.10 is out with improved Vulkan support and more

Here's their highlights of what's new:

As for bug fixes, they noted 17 had been checked off. These include issues being solved with Neverwinter Nights 2, Max Payne 3, World of Tanks and more. Although, to be clear as always, bugs being noted as solved in the release announcements doesn't necessarily mean they were fixed by this release, some are older bugs being marked off (which is good anyway).

Incredibly progress as always, pleasing to see for those few Windows games in my library that are likely never to come to Linux that I might attempt in Wine one day.

Article taken from GamingOnLinux.com.
Tags: Wine
10 Likes, Who?
We do often include affiliate links to earn us some pennies. We are currently affiliated with GOG, Humble Store and Paradox Interactive. See more information here.
About the author - Liam Dawe

I am the owner of GamingOnLinux. After discovering Linux back in the days of Mandrake in 2003, I constantly came back to check on the progress of Linux until Ubuntu appeared on the scene and it helped me to really love it. You can reach me easily by emailing GamingOnLinux directly.
See more from me
The comments on this article are closed.
16 comments
Page: «2/2

View PC info
With the last Wine version (3.9 and 3.10), you can now launch Bioshock 1 remastered and Darksiders Warmastered Edition.

Hey how did you get Test Drive Unlimited 2 to behave? I've been getting this issue for a while now. Or have they fixed it in this very version? (I haven't tested in 3.10 yet) Do you do anything special with it?

Btw I think you should put the graphics settings in Contrast on max, they work and look great.

In my case works as see in video

However i use retail + scene nodvd + descompressed game for mods and tdu universal launcher 3.6

legluondunetWith the last Wine version (3.9 and 3.10), you can now launch Bioshock 1 remastered and Darksiders Warmastered Edition.

I try bioshock 1 and still running in my case

View PC info
mrdeathjr ,
Bioshock 1 et 2 work if you launch them with -dx9 option
But without this option, they crash (directx10 mode: https://bugs.winehq.org

legluondunetBioshock 1 et 2 work if you launch them with -dx9 option. But without this option, they crash (directx10 mode) 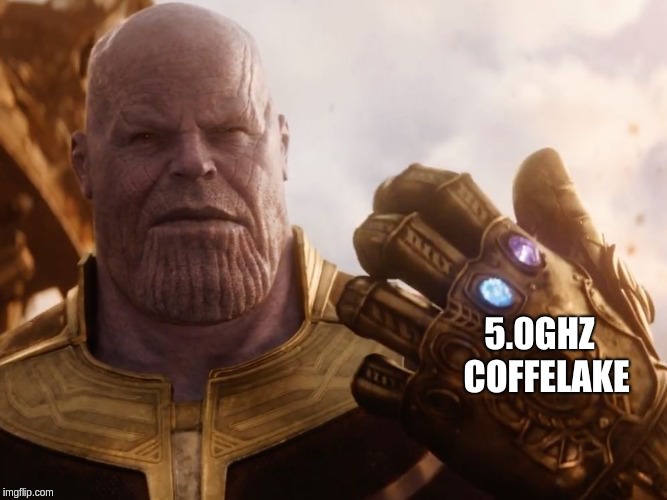 This wine version have some things related 1D textures 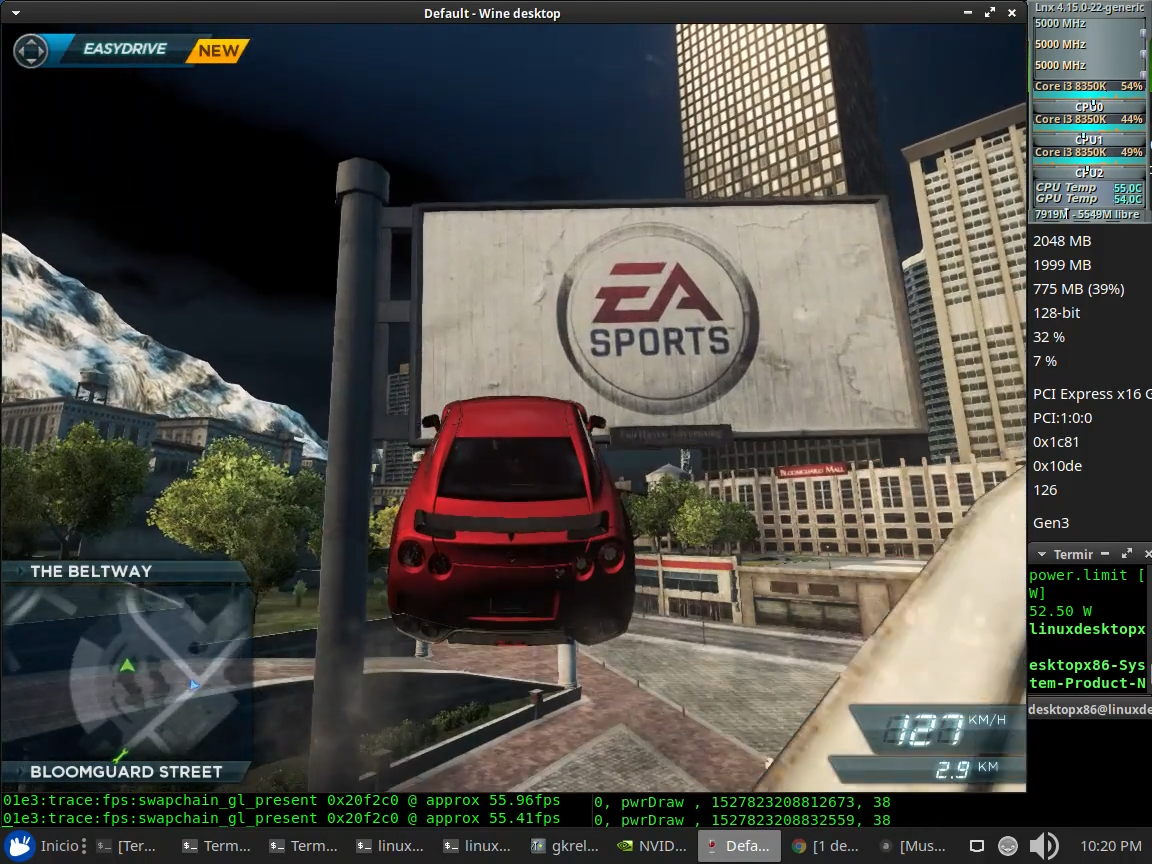 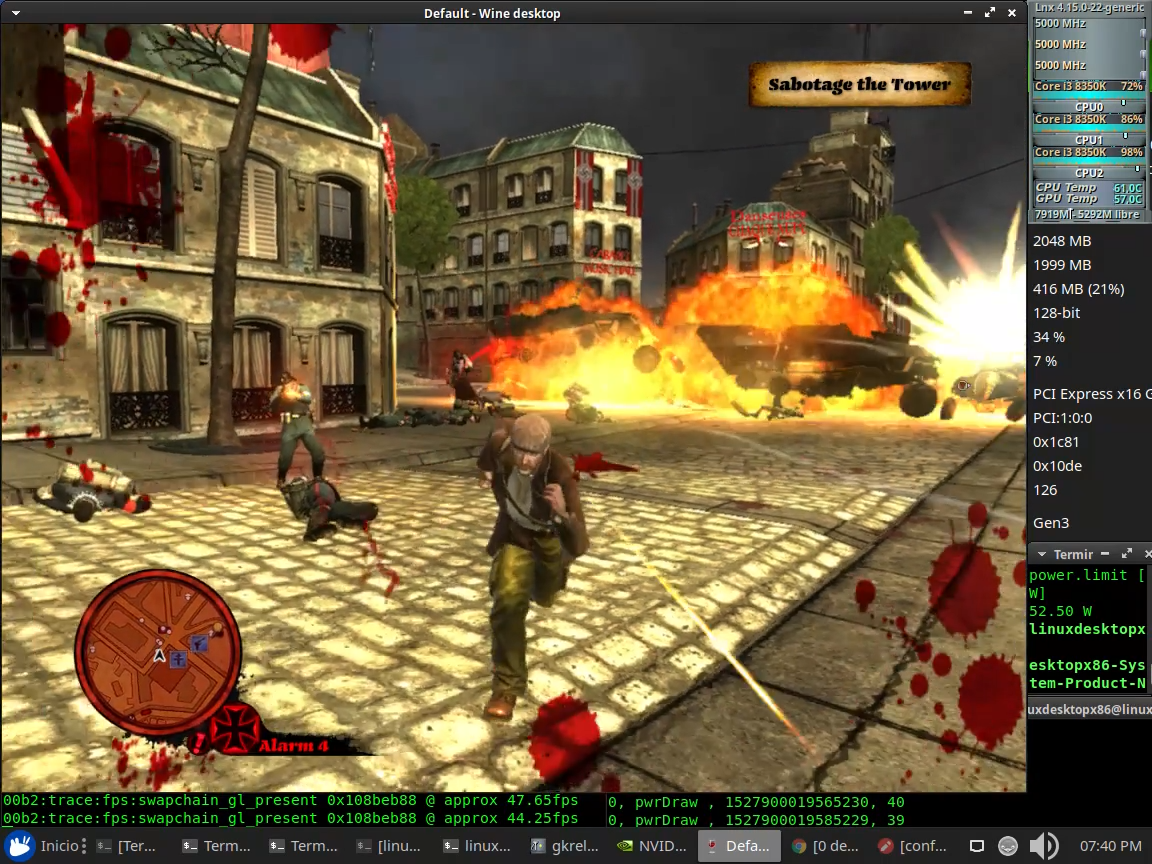 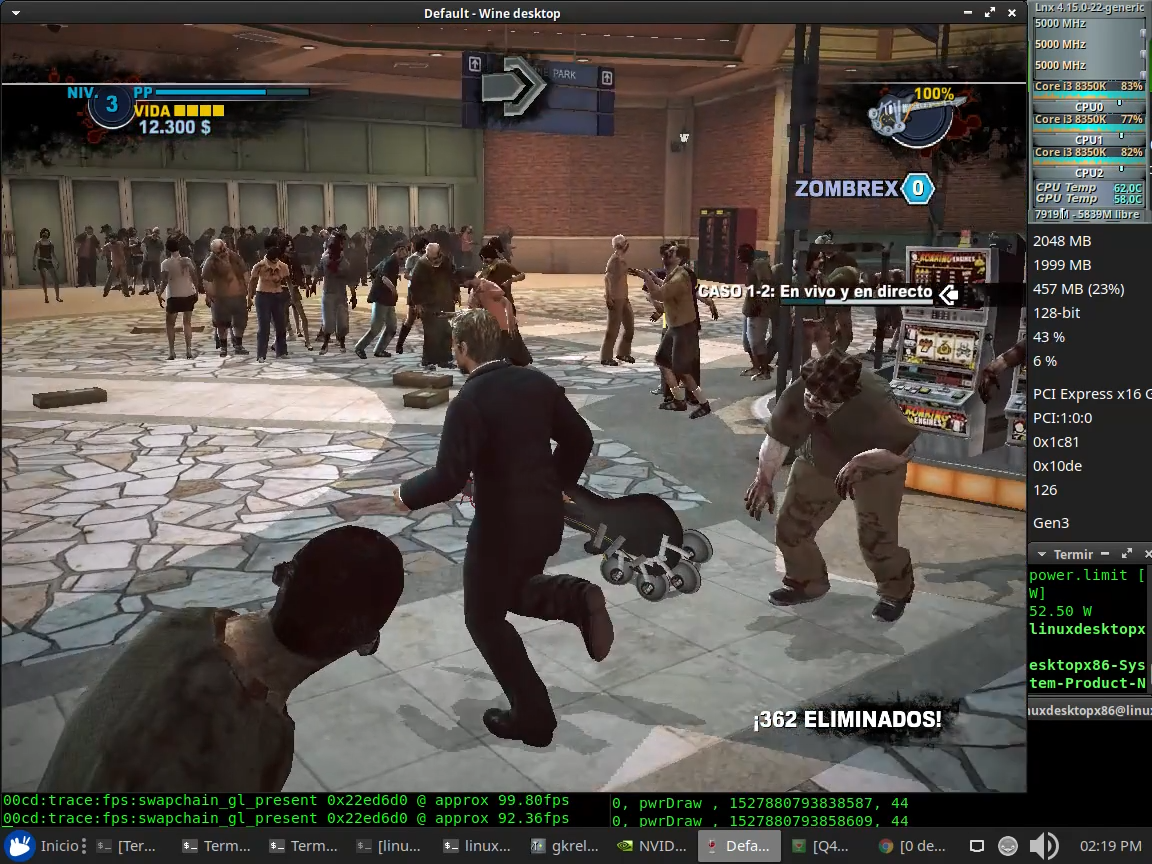 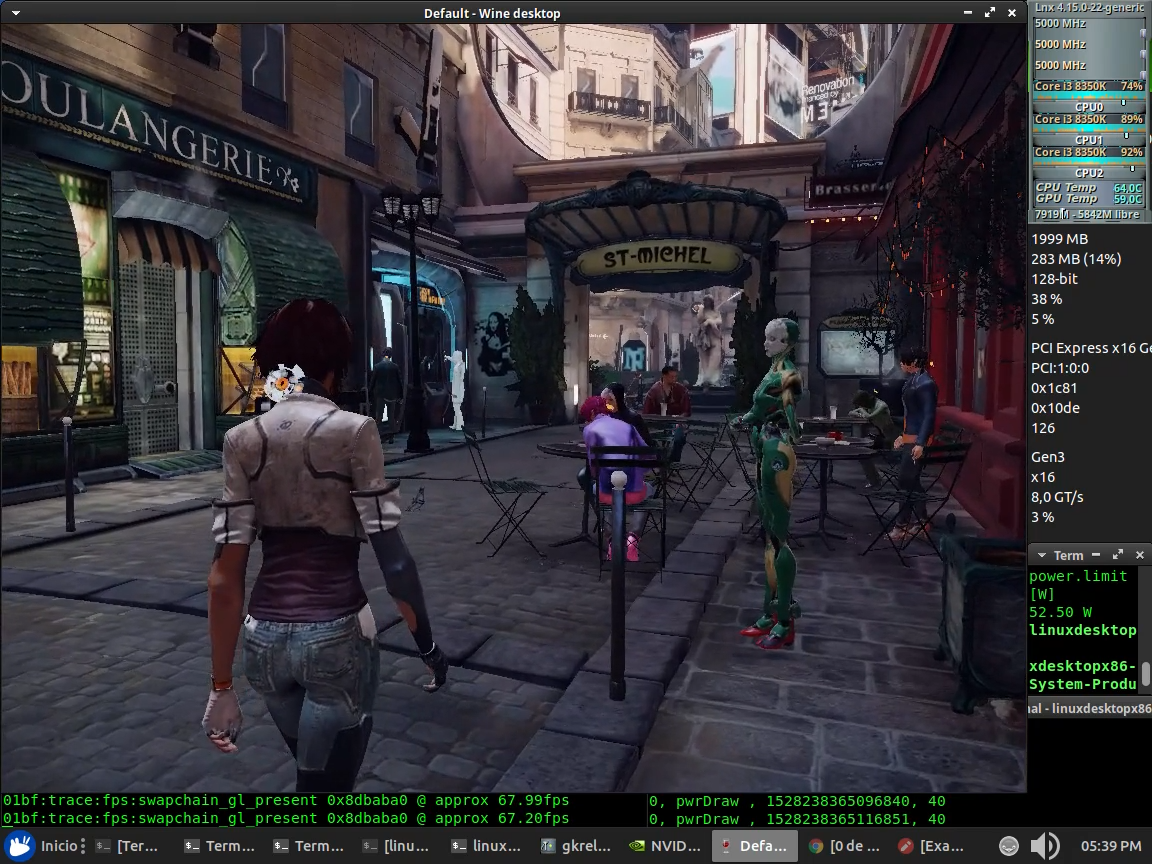 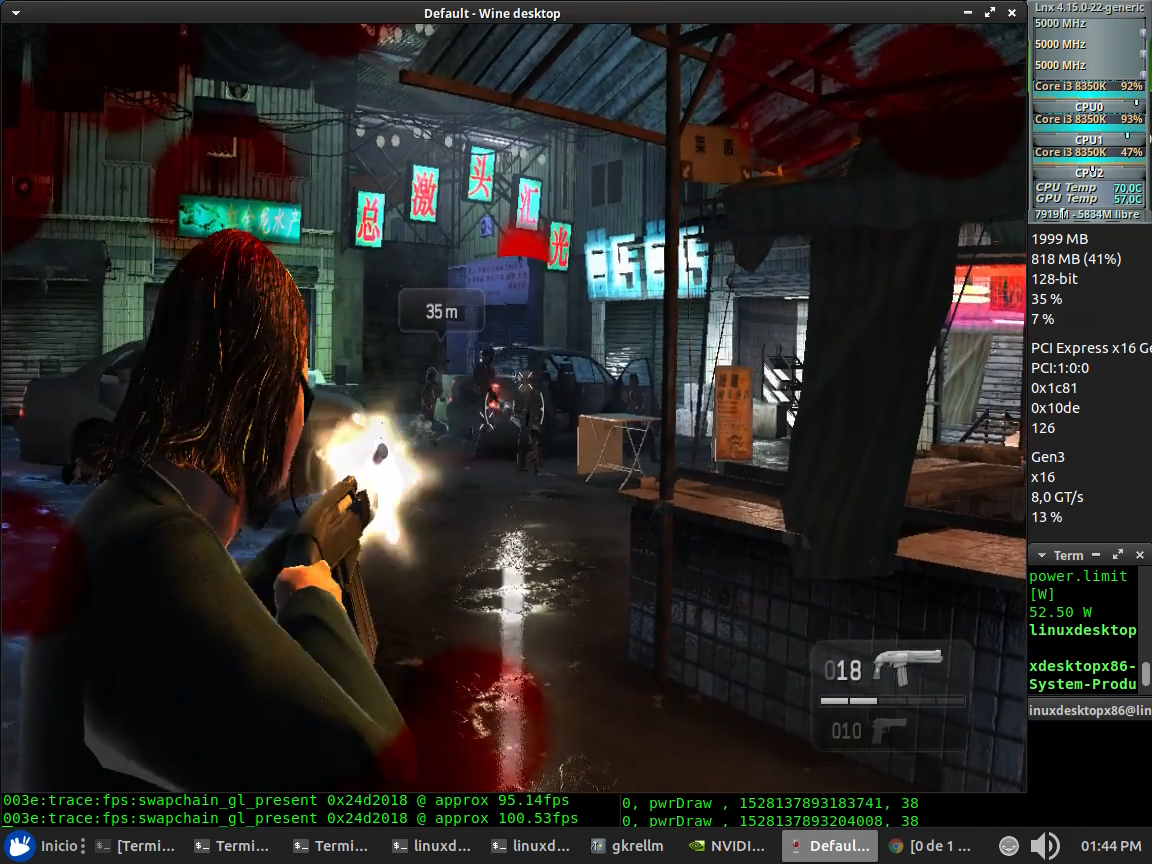 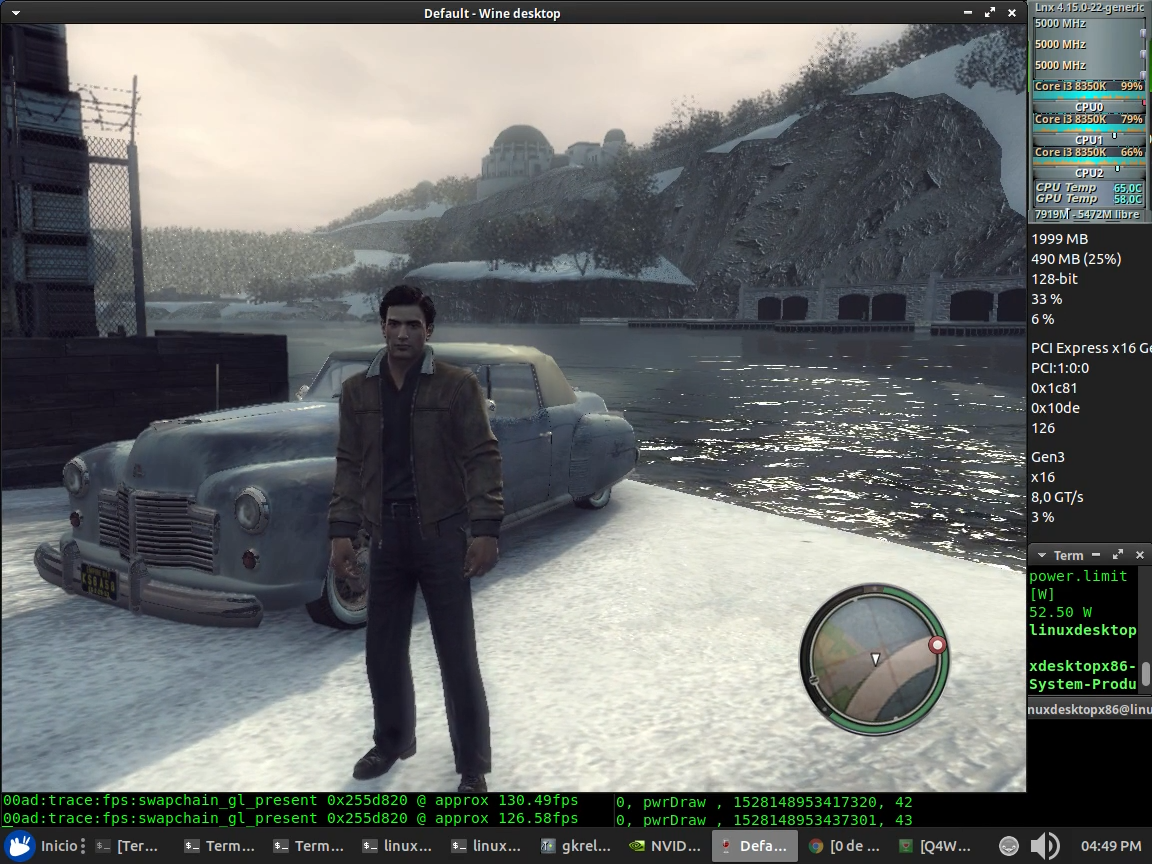 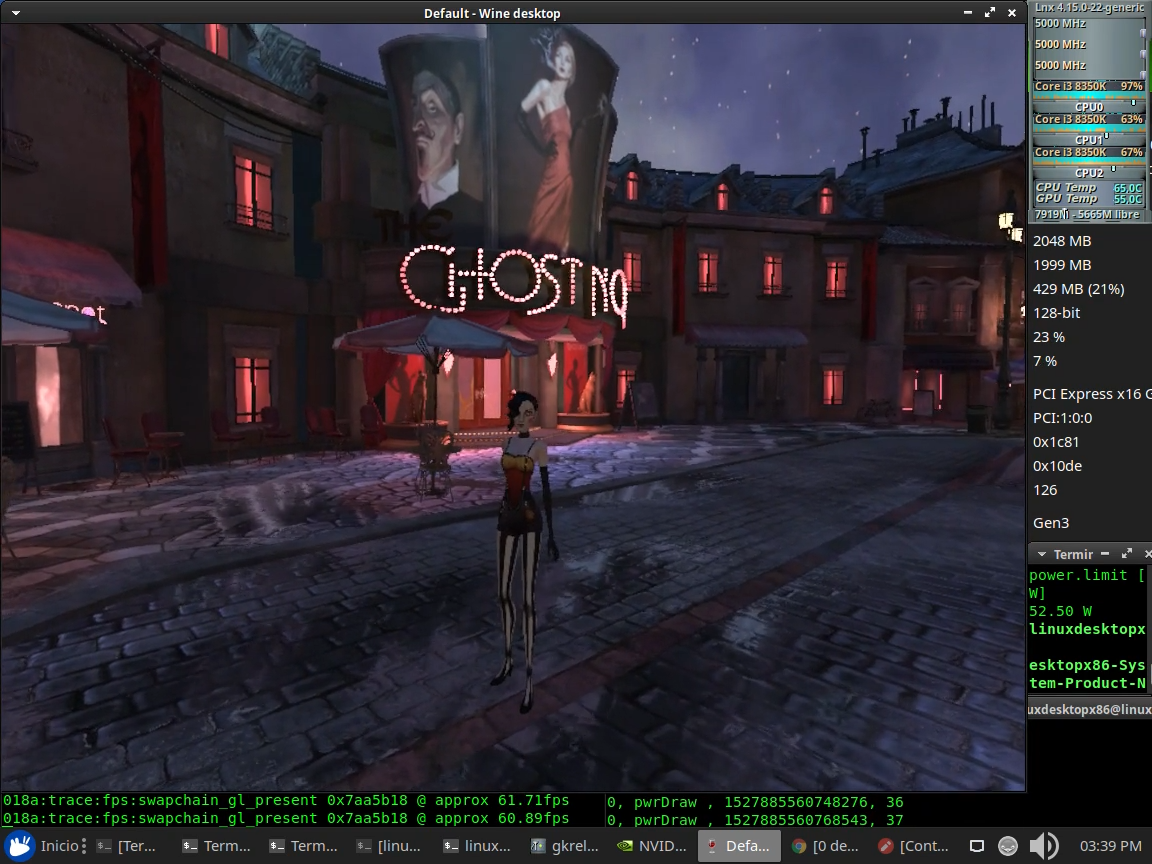 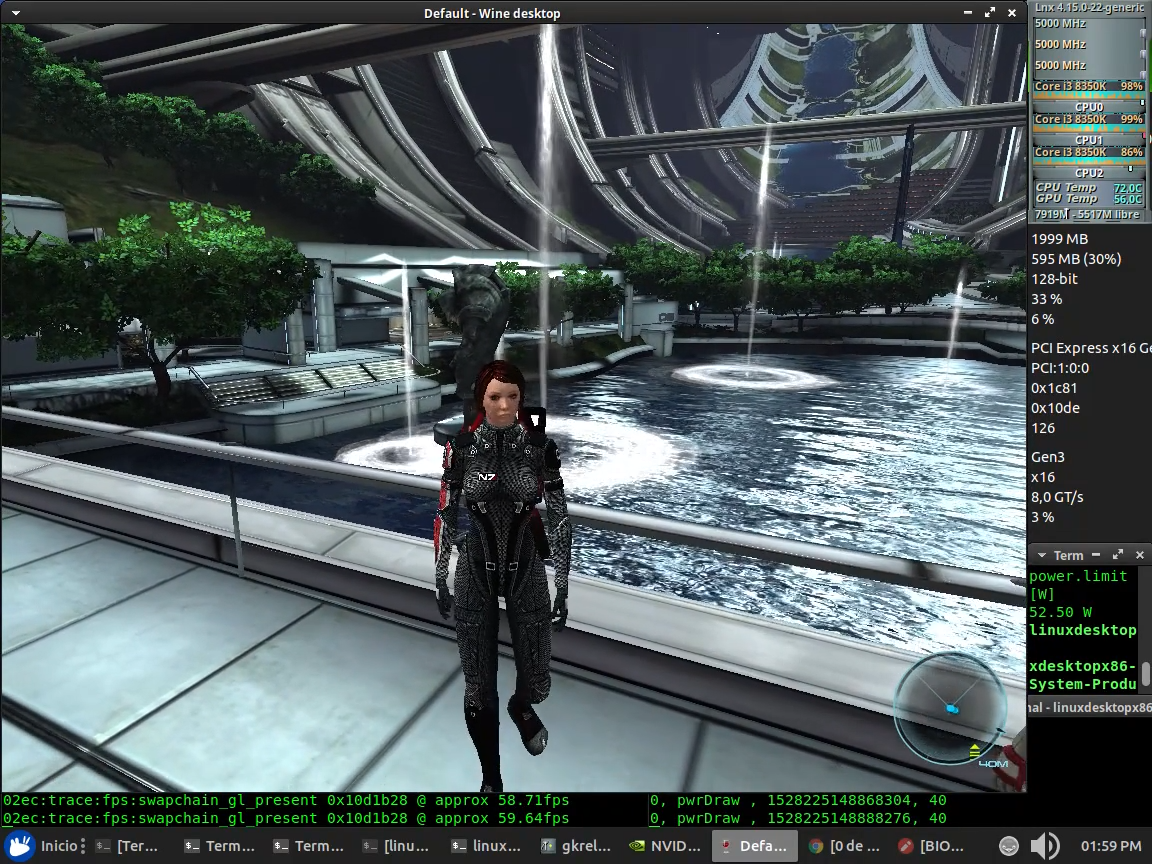 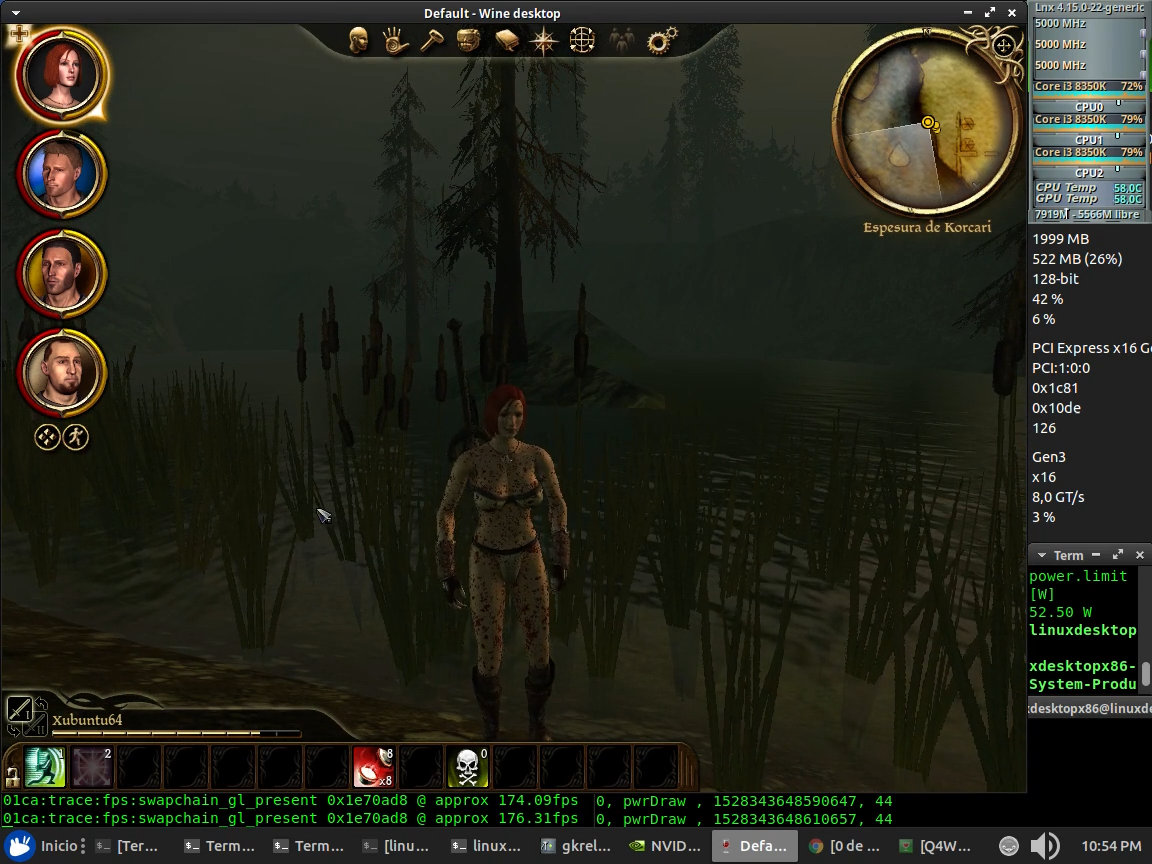 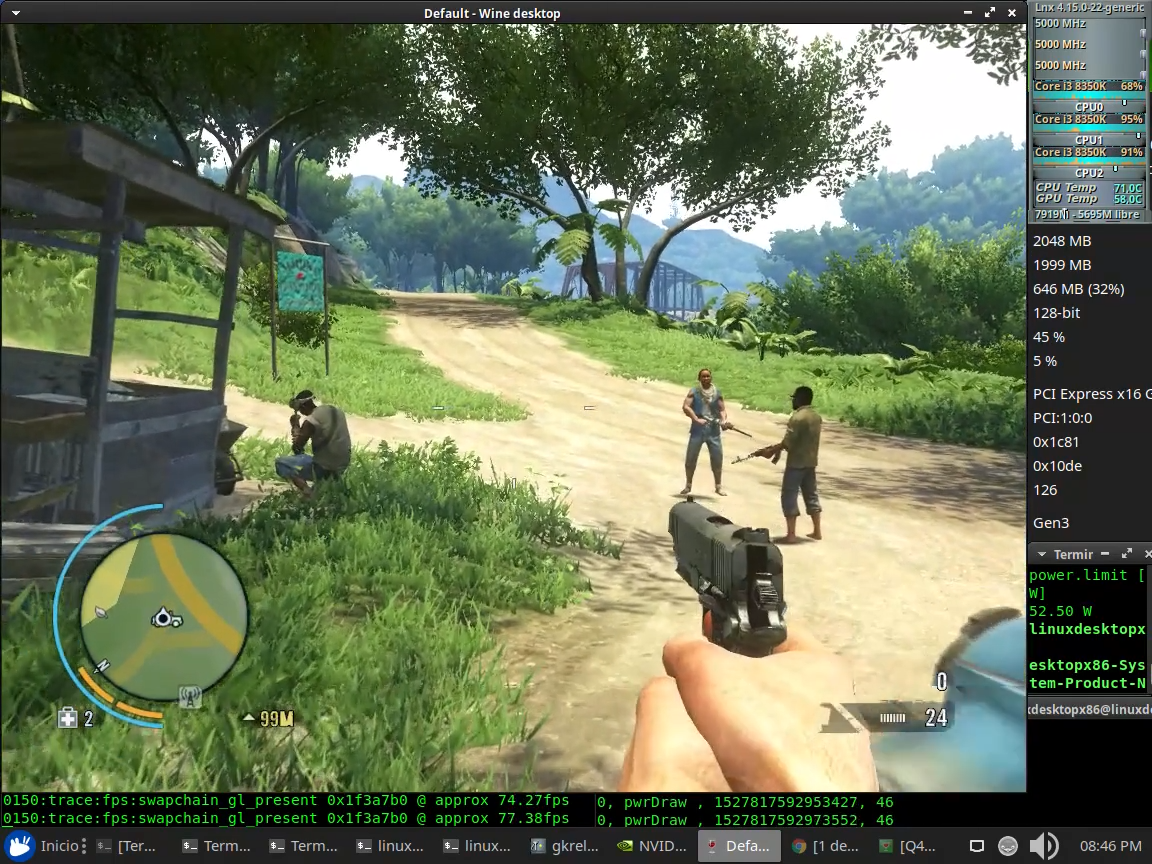 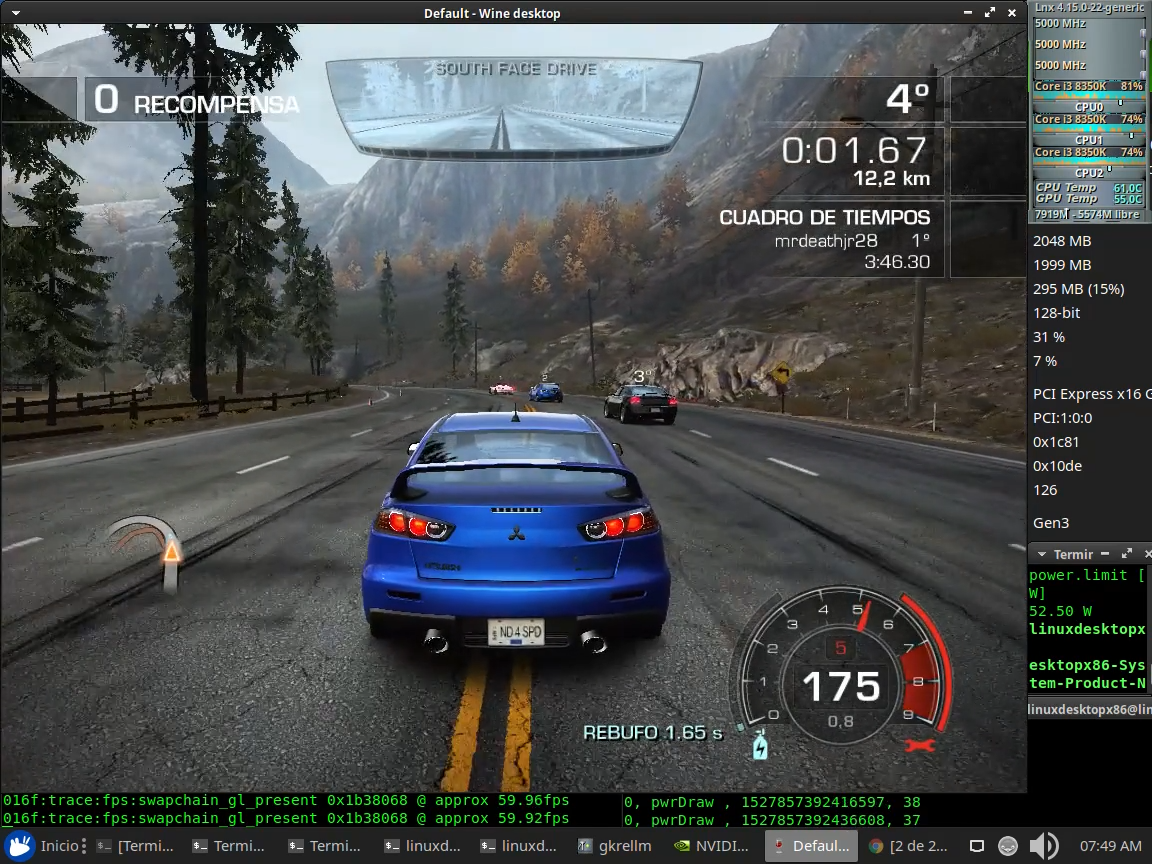 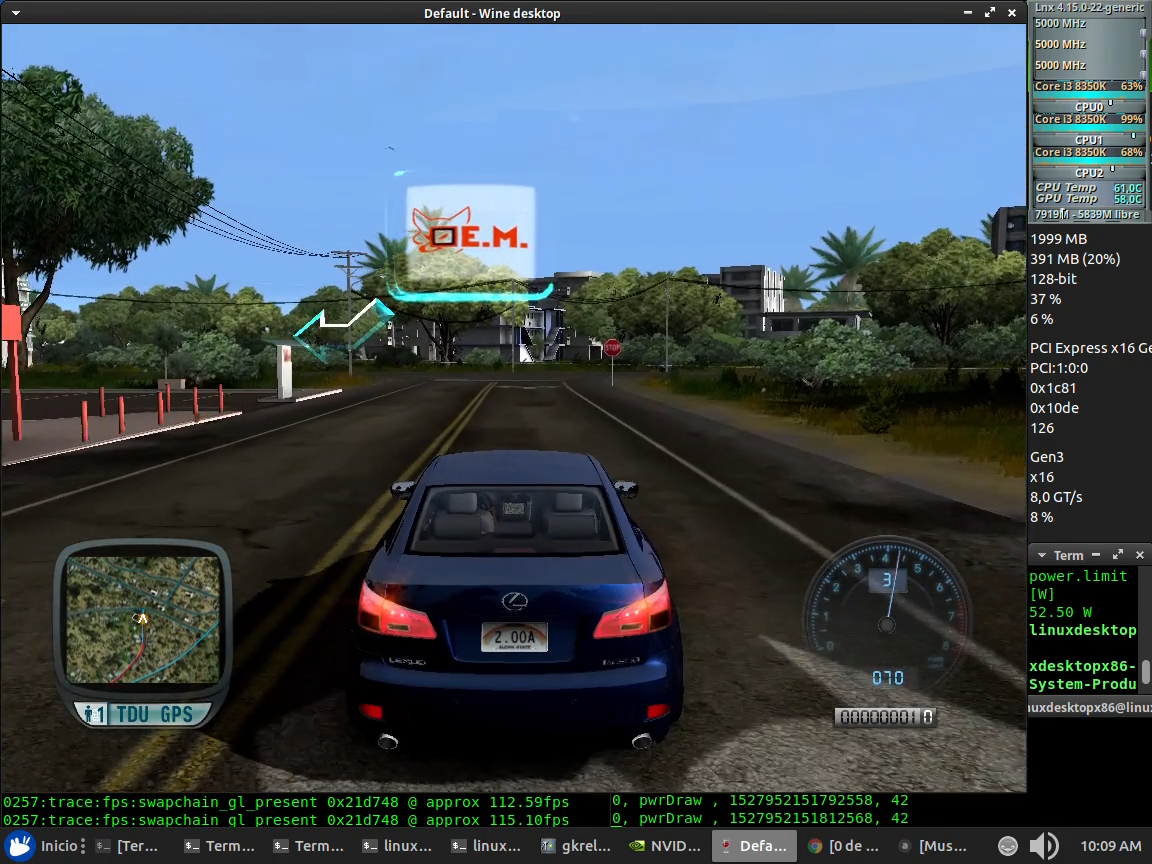 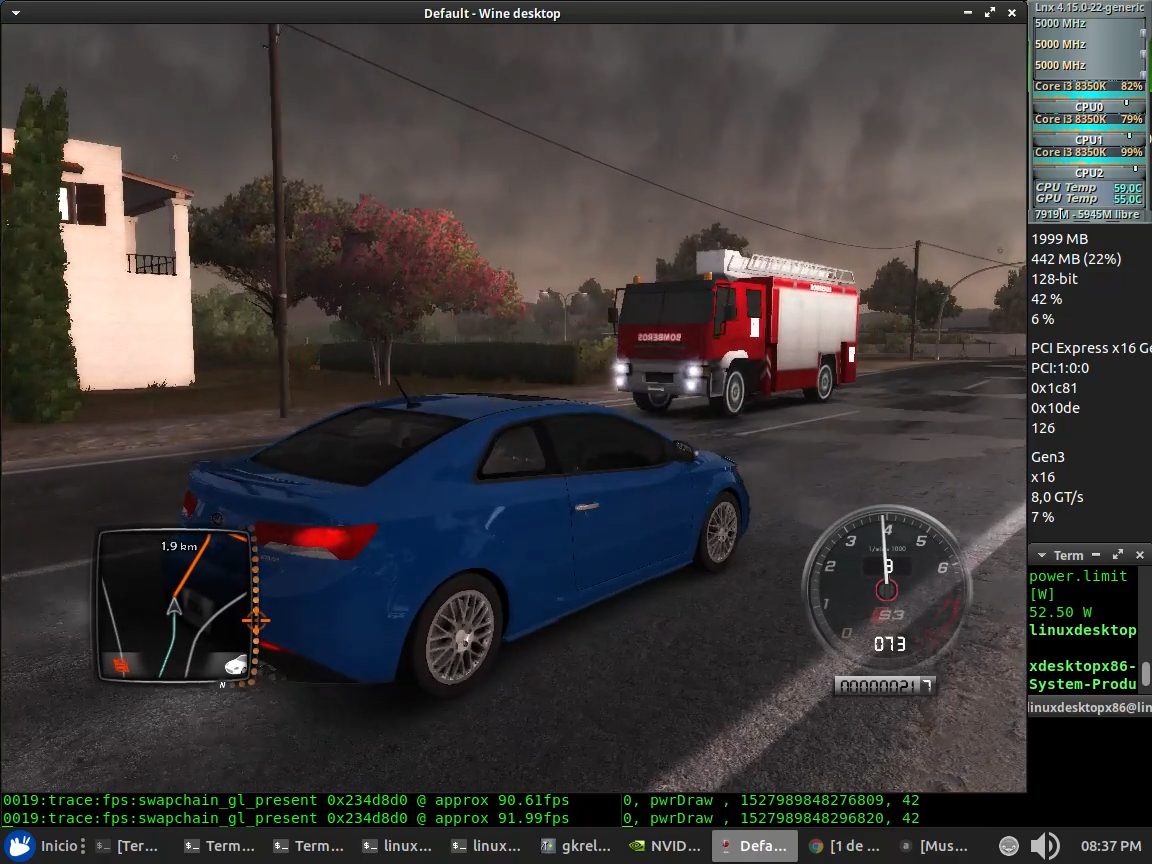 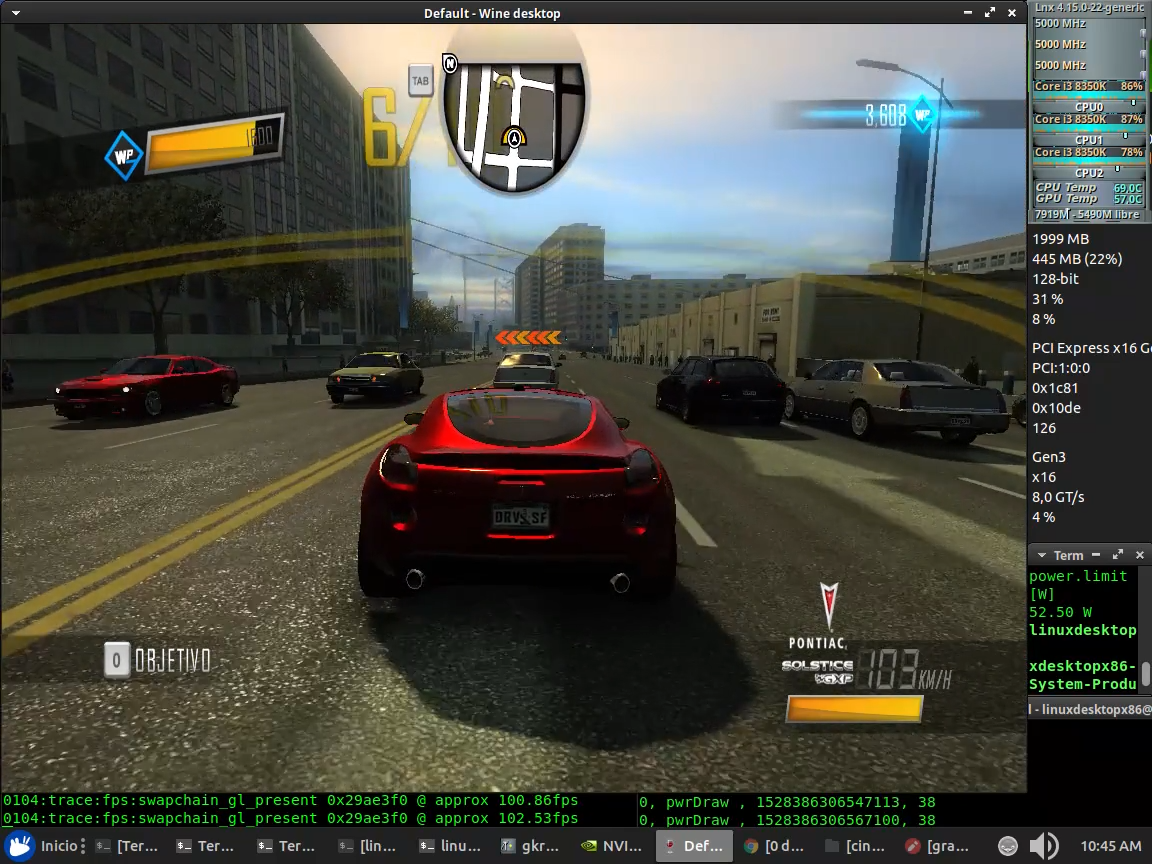 Tri-Core? Wait, the i3-8350K is Quad-Core. Did you disabled one core to increase overclock?
0 Likes

Did you disabled one core to increase overclock?

But i always want a tri core with higher single thread