For those of you interested in running some of your Windows-only games on Linux, you might want to take a look at Wine PBA.

The project started with the developer being interested in playing World of Warcraft on Linux, however, from their blog post they said Wine's performance "still leaves much to be desired". What's interesting, is that this developer wasn't actually familiar with Direct3D or the Wine codebase before getting started with Wine PBA, so I'm really quite impressed with their work.

Wine PBA makes use of the ARB_buffer_storage OpenGL extension, here's how the author describes it from the GitHub page:

A set of patches to allocate dynamic wined3d_buffers from a single persistently mapped buffer managed by a heap allocator, reducing the need for command stream synchronization.

This patchset is prototype-quality at the moment. If ARB_buffer_storage is not present, you're not going to have a good time.

From the blog post, the developer showed off some impressive performance gains in their limited tests. There's a few users discussing it in our forum too, with some reports looking quite promising too. The code is undergoing some pretty active development, with commits happening near-daily.

If you're interested in trying it out, Lutris actually provides builds of Wine with the PBA patches applied, so that's pretty sweet—if you can get Lutris to actually work properly that is. I tried myself, but I had major issues getting GOG Galaxy and Steam to work with Lutris and Wine, safe to say the user experience could do with some work but I don't want to end up ranting about Lutris here.

Will be fun to keep an eye on this and see what becomes of it. Hopefully, if the work proves valuable and the developer can keep cleaning it up, it may make its way into a future proper build of Wine.

For record: I rarely ever use Wine, I absolutely prefer buying and playing native Linux games. However, like many, I have quite a few older Windows-only games I would still like to play through. I think Wine itself is an invaluable tool for getting more people into Linux.

View PC info
I hope it will get properly upstreamed once it's in good shape.
2 Likes, Who?

View PC info
Just yesterday we played Aliens vs Predator (from 2010) again... which works really really great in wine (platinum reating). As a big fan of the Alien universe, I don't want to miss this game and wine comes to my rescue here ;)
4 Likes, Who?

Liam Dawe 2 Mar, 2018
View PC info
For those curious about my issues with Lutris:

- They seem to have no clear way to install Steam plainly with Wine. A search for Steam doesn't show it. I tried installing a game that uses Steam, to get Lutris to install Steam and that works to a point, but the Lutris installer never closes and closing it manually seems to wipe whatever it's already done.

Quoting: liamdaweFor those curious about my issues with Lutris:

Or simply use lgogdownloader. It only uses classic installers. 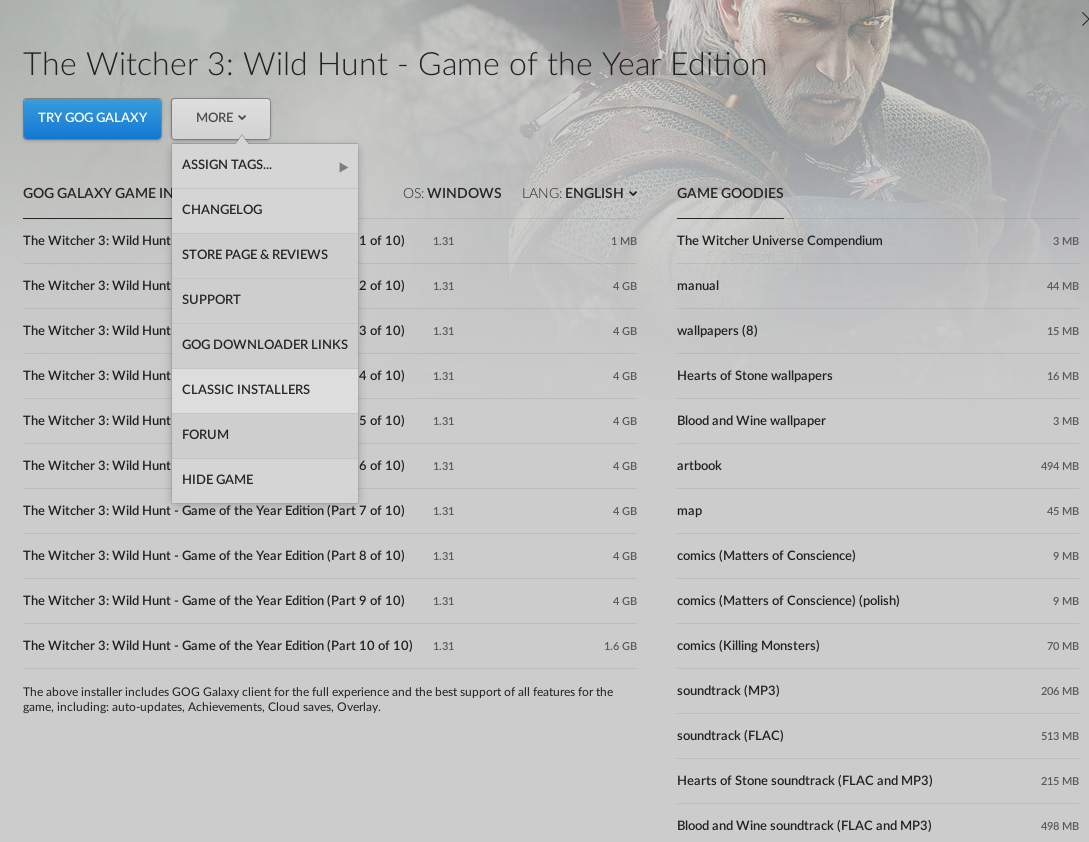 View PC info
I'm really impressed with this guy and with wine development! I started to use wine gaming nine (with gallium nine), the performance is nice and smooth. I will start to buy more dx9 games to play, but I think they need to do a gallium-nine-winehq to ensure some control on tittles we must avoid!

Chivalry Medieval Warfare performs better on WG9 then on the native version, with my RX480!
1 Likes, Who?

Quoting: gnaniniI'm really impressed with this guy and with wine development! I started to use wine gaming nine (with gallium nine), the performance is nice and smooth. I will start to buy more dx9 games to play, but I think they need to do a gallium-nine-winehq to ensure some control on tittles we must avoid!

Gallium Nine is a pretty much dead end idea for Wine, becasue developers don't want to support hardware specific paths. Using ARB_buffer_storage for performance is a way better approach, which hopefully can get upstreamed.

Quoting: GuestI've been using Lutris practically since I first moved over to Linux about a year ago, great to know this PBA build is available on Lutris, might have to try it myself.

Liam, how are you trying to add Steam games to Lutris? When you go to "Add Game" you'll have "Wine (Runs Windows Games) and below that you should have "Wine Steam (Runs Steam for Windows Games)

You want to pick the latter, if you haven't been doing so already, and put the appid in "Game Options"

Edit: Screenshots to show you what I am on about

It sounds like you're trying to install Steam games through the standard Wine installer for Lutris, you need to use the one specifically for Steam games.

Well, I guess that's something then. They really need to clean up the user experience, unless I knew what I was looking for exactly I wouldn't have known to do that.

I was just trying to install Steam in Lutris, then run some games to test.

Edit: Even doing it this way, Steam just seems to exit by itself after a minute or two. I don't think I will be getting any testing done...trying a different Wine version to see if it helps, Wine 3.2 from Lutris just doesn't seem to like Steam.

View PC info
Personally if you have issues with Lutris I have found Matthew aka Stryder to be more than happy to help with fixes providing you give him the error reports and use the submit bug reports. Like he always said if it doesnt get reported he doesnt know its a bug.
2 Likes, Who?

View PC info
There is no real need to install standalone Steam in Lutris, as it's considered a "runner". Lutris will actually install Steam only once (the first time you install the runner) and then every other game using Steam will get installed into it, so all your games are in the same context.

I recently installed Lurtis to replace PoL which has been unmaintained for a while and is borderline unusable now (it habitually fails to properly install Winetricks components) and I can't say that I am unhappy with it. I got some games to run with Lutris I struggled with getting installed before.

That's awesome news! I hope the patches make it into WINE proper soon!
2 Likes, Who?

View PC info
@Liam: I had some problems with Lutris as well. They all seem to be gone since I found "Disable Lutris runtime" in the preferences. Have you tried that?
0 Likes
1/2»
While you're here, please consider supporting GamingOnLinux on: