By Liam Dawe - 31 July 2013 at 7:41 pm UTC | Views: 14,544
Holy Cow! Wings Of Saint Nazaire is a new Retro styled space shooter with seriously awesome graphics, some really awesome music and I just had to capture a video (even with sound woo!).

What is Wings of Saint Nazaire?

Wings of Saint Nazaire is an action-orientated space simulation game reminiscent of titles such as Wing Commander™ and the X-Wing™ series.

Wings is designed to be an easy-to-play but hard-to-master game - that means you can jump in, fly around, kick ass and have a ton of fun as a newbie but the game also offers core players enough gameplay depth to keep even the veterans of the genre interested. Good players, for example, will use the afterburner in very short bursts for super quick acceleration, they will use the correct weapons against the enemies they are facing and they will always be on top of their ship energy flow, making sure that the systems that need the most power in any given situation, get that power.

Developed by a three man team (one who has an awesome beard) and built in Unity, yes another Unity game is there anything that Unity can't bring us? 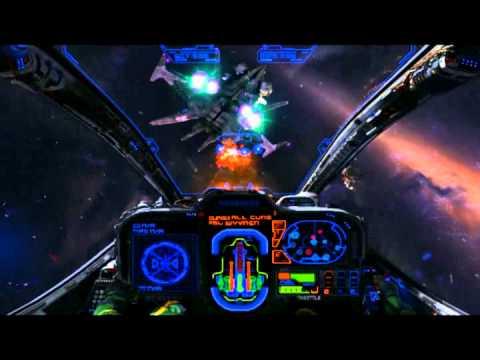 YouTube videos require cookies, you must accept their cookies to view. View cookie preferences.
Accept Cookies & Show   Direct Link
I'm a MASSIVE fan of Freespace 2, it's up there with one of my all time favourite games and this brings back memories for me.

They are planning to keep the game free but will be opening up a Kickstarter and will also be trying to get onto Steam at some point in the future.

Other then that looks a lot like a Retro space game ! And the attention for details is nice.
0 Likes
Lord Avallon 1 Aug, 2013
AWESOME! How I miss good space simulators, I liked this one and I will download it right away!
0 Likes
Mike Frett 1 Aug, 2013

What would I do if the Game window just opens and then closes?.
0 Likes

Quoting: Mike FrettWhat would I do if the Game window just opens and then closes?.

Run it in terminal and see what happens?
0 Likes
panis 1 Aug, 2013
how to launch this alpha?
i did "tar xvfz wings_alpha_linux.tar.gz"
now i got a "wings" binary and a "wings_Data" folder.
i tried to launch game by "./wings" and "bash wings" but i get the following errors:

Quoting: Mike FrettWhat would I do if the Game window just opens and then closes?.

Run it in terminal and see what happens?

Say's a lot about /dev/input/js1 and then Aborted (core dumped). Nothing else, what ya think?.
0 Likes
While you're here, please consider supporting GamingOnLinux on: