World of Castles, a medieval themed online action-strategy is on Linux, in super early form

When it's finished, World of Castles [Steam] might be a reasonably interesting mix of online strategy and action. Right now, it's just far too rough and unfinished. 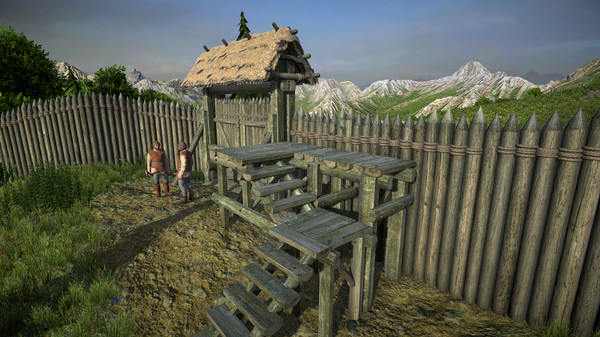 I spoke to the developer, who said they went with Early Access instead of crowdfunding, so that they can show the current state of the game. Although, that's a little against Valve's own rules on Steam, which specifically state for Early Access that games should not use it as a form of crowdfunding, although I don't think Valve really stick to that rule considering what we've seen from games in the past.

With that in mind, I won't be reviewing it until it's much further along. Even so, you would expect something priced at £22.99 to have some form of entertainment value.

The game in its current form, in my opinion really isn't much of a game at all. A tech demo perhaps for the building side of it, but in terms of gameplay there really isn't any. Practically all you can do, is float around and place objects in a completely sandbox fashion. That's interesting for all of 5 minutes due to the poor interface, poor controls and poor performance.

It's hard to really say anything about it, because it's so darn limited. It might sound like I'm being unfair, but this is a game that's for sale for £22.99, that's just so empty on actual features or any kind of polish. For now, if you were thinking of purchasing it, I would really suggest waiting quite a long time on this one.

I will be interested to see where they take it, but you can't really get a feel for anything right now.

We do often include affiliate links to earn us some pennies. We are currently affiliated with GOG and Humble Store. See more here.
About the author - Liam Dawe
I am the owner of GamingOnLinux. After discovering Linux back in the days of Mandrake in 2003, I constantly came back to check on the progress of Linux until Ubuntu appeared on the scene and it helped me to really love it. You can reach me easily by emailing GamingOnLinux directly.
See more from me
Some you may have missed, popular articles from the last month:
The comments on this article are closed.
8 comments
Samsai 31 Oct, 2017

View PC info
The only positive thing I can really say about World of Castles is that it has plenty of shatters.
1 Likes, Who?

View PC info
A linux version of medieval engineers? seems so. Wonder if it can achieve higher then 20-30fps, unlike those other eng games.
0 Likes

Ask the head of the T-shirt department AKA iAlwaysSin. However, I too believe that there has to be an "infinite shatters" T-shirt.
1 Likes, Who?

lvlark 31 Oct, 2017
View PC info
The game they're describing sounds interesting. Bad move to go into early access this early though... I hope that, when/if they get the game into a decent state, you'll remind me again :).
0 Likes
ison111 1 Nov, 2017