Just announced today is WORLD OF HORROR, a retro horror RPG that's also a tribute to the works of Junji Ito and H.P. Lovecraft. Linux is clearly listed as a platform that it will be released on. Currently, only Steam is confirmed for the PC release.

"I set out to create something that illustrates just how vulnerable one’s sanity can be," said Pawel Kozminski, founder of Panstasz. "I want WORLD OF HORROR to haunt players in a way that creates an uncomfortable sense of apprehension, something that slowly builds uneasiness and anxiety through atmosphere and the uncanny."

If you're not one for jump-scares, it might be something you're interested in. As instead, it will rely on the "unnerving environments and amorphous terrors to create a gnawing sense of dread". Interestingly, Cassandra Khaw who writes for InXile Entertainment (Wasteland 3)  and Failbetter Games (Sunless Skies), as well as writing their own horror novels like Hammers on Bone, will collaborate with Panstasz on the writing for WORLD OF HORROR. 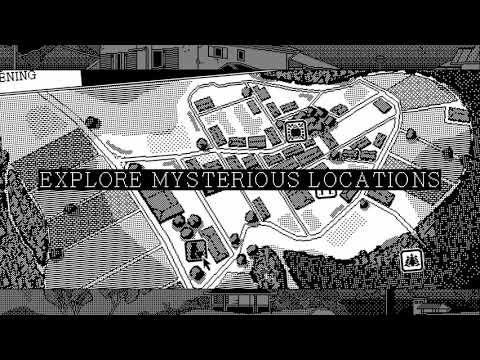 The developer has been working on it for two years as a passion project, so it will be interesting to see when it's released.

For those heading to PAX West during August 31st – September 3rd in Seattle, Washington, a demo will be available in booth 6808. Sadly making such events is far too expensive for us.

Article taken from GamingOnLinux.com.
Tags: Horror, Indie Game, Retro, Upcoming
10 Likes, Who?
We do often include affiliate links to earn us some pennies. We are currently affiliated with GOG, Humble Store and Paradox Interactive. See more here.
About the author - Liam Dawe

View PC info
Almost shit my pants just from the trailer. This one for the brave ones.
0 Likes
shazzner 1 Aug, 2018
Oh fuck yeah, I hadn't kept up with this in a while. I approached the developer well over a year (or two?) ago about putting this on Linux. I claim victory on this one, folks. Pack it up.
3 Likes, Who?

View PC info
This certainly sounds very interesting and the retro mid 80:s look of the graphics could be kind of fun, still I need to see more of the gameplay before I decide. If it´s mostly like playing an old text-adventure (turn left, look around, open door etc.etc.), then I might give it a pass.
0 Likes

View PC info
Seems interesting.
The jump scare thing is pretty cheap so if they build horror and suspense it will definitely be worth a look.
My only minor gripe is the music. I guess it's an aesthetic decision , but to me sounds a bit too chiptuney for horror . Like it needs more voices or something .... dunno