WRATH: Aeon of Ruin is the new FPS from 3D Realms, coming to Linux this Summer

This is going to be awesome, 3D Realms along with KillPixel and 1C Entertainment have revealed WRATH: Aeon of Ruin their new retro-FPS. It's also releasing with Linux support and soon too.

While Steam only lists Windows system requirements, if you hop on over to the official site there's a Linux "tux" icon to show it will support Linux and the press release sent out by 1C Entertainment has also confirmed this. Need more? Okay, how about the fancy trailer which also shows it: 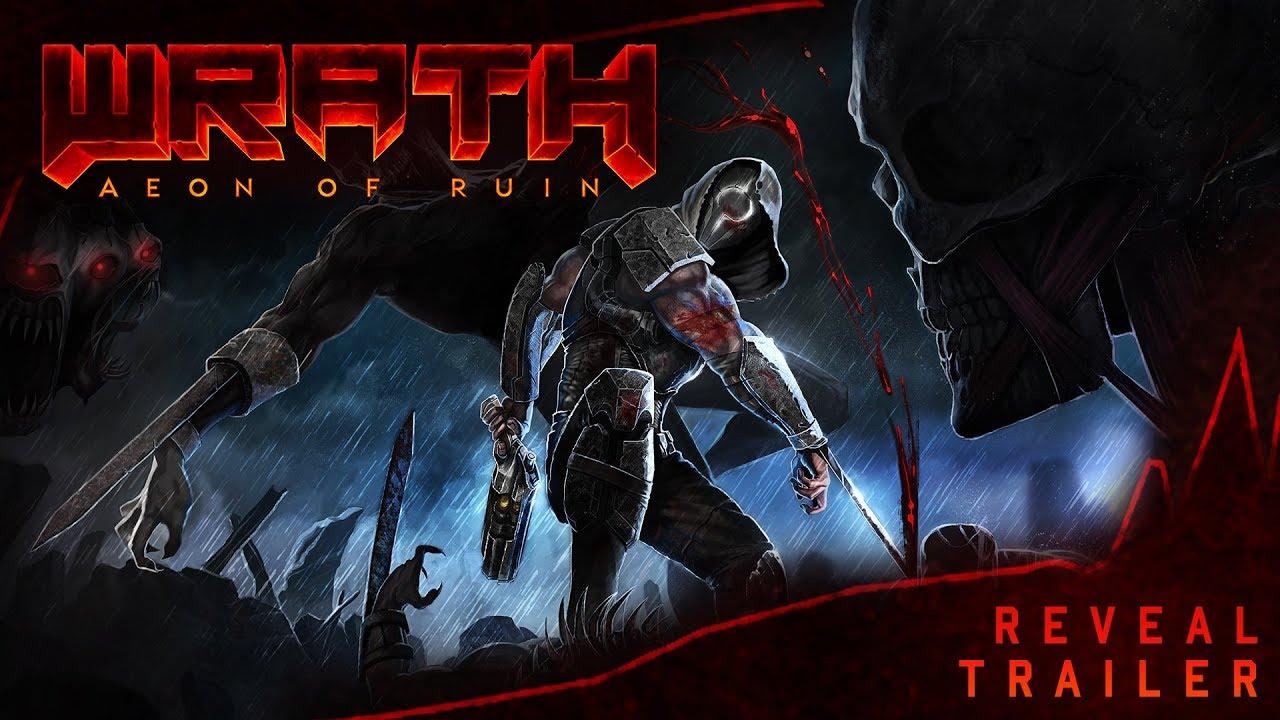 Powered by "Quake 1 Tech", it's not just a retro-looking FPS since it's powered by some of the same stuff the classics were. Thanks to this, it's also going to be easily moddable for new levels, weapons, characters and so on. They've said the tools used to create WRATH: Aeon of Ruin will be available to all from day-1.

The single-player sounds pretty good with "3 hubs and 15 enormous, interconnected levels crawling with hordes of enemies, lore and ancient secrets" making use of 9 deadly weapons each having multiple modes of firing. It will have multiplayer support too, powered by the QuakeWorld netcode which will include 4 player co-op, LAN and online play as well.

"WRATH’s dark fantasy horror, core gameplay and classic feel, is something we feel is often imitated, but rarely matched. It’s something sorely missing from today’s games," said Frederik Schreiber, Vice President of 3D Realms and Producer on WRATH.  "Alongside our team of Quake scene developers who are masters of their craft, and the game visionary, Jeremiah ‘KillPixel’ Fox, the haunting journey they are creating is going to be incredible."

As for the soundtrack, it's being done by Andrew Hulshult who worked on Quake Champions, Rise of the Triad, Dusk and Amid Evil as well as Bjorn Jacobson who worked on CyberPunk 2077, Hitman and EVE Online so you know your ears are going to be in for as much of a treat as your eyes.

You can follow it on Steam. According to the Steam page, it will be available this Summer.

This indicates Linux will get builds on early 2020. Not this summer.
2 Likes, Who?

This indicates Linux will get builds on early 2020. Not this summer.

This seems to contradict the two press emails I got about it, with both saying this:


QuoteGet your first taste of WRATH in Summer 2019, for Windows, Mac, and Linux, with Nintendo Switch™, PlayStation®4, and Xbox One following in early 2020.

Got another press email only minutes ago which states that same, that consoles are later. Will seek to clarify.
6 Likes, Who?

Gobo 7 Mar, 2019
View PC info
With so many Quake 1 engine forks floating around I'd be really surprised if they messed up so badly that a Linux release suffered delays.

And while the level design and details is a noticeable step up from Dusk, it does not seem to reach the heights of the Arcane Dimensions master class. Nevertheless, they have my attention ;)
3 Likes, Who?

View PC info
Hmmmmmmm....... something that I had never considered for indie game development - a major developer deliberately choosing to use outdated engines for cheap new games. Quake is fully open sourced, and if memory serves is a straight C++ affair.

I bet this saves a lot of time. And they can focus on art direction, voice acting, etc. Because those are the things that you notice after a few hours of gameplay.

View PC info
I will definitely be keeping an eye on this, but I'm not really feeling the monster designs (the original zombies in Quake looked creepier than this) and the sprite trees in the beginning just look odd in the Quake engine.
1 Likes, Who?

View PC info
I NEED to get this game o:
Enjoyed Duke Nukem 3D a lot which was my first thought as I read "3D Realms". :D
Also I'm kinda retro shooter fan such as Quake, Doom Heretic, Hexen - Beyond Heretic and all that old classic games :D

Quoting: jarhead_hQuake is fully open sourced, and if memory serves is a straight C++ affair.

C.
1 Likes, Who?
1/3»
While you're here, please consider supporting GamingOnLinux on: