X-Plane 11 now in beta, also has a demo available

X-Plane 11 is nearing release, so the developers have put up a beta and a demo of the beta for you to try before you buy.

The system requirements are a bit beastly too, with it recommending 16-24 GB RAM or more, but you can get away with 8GB at a minimum.

I tried installing the demo, but ran into missing lib errors to do with "libc++abi.so.1", so you may need to manually install that if you don't have it already.

The installer is nice though when you get it working: 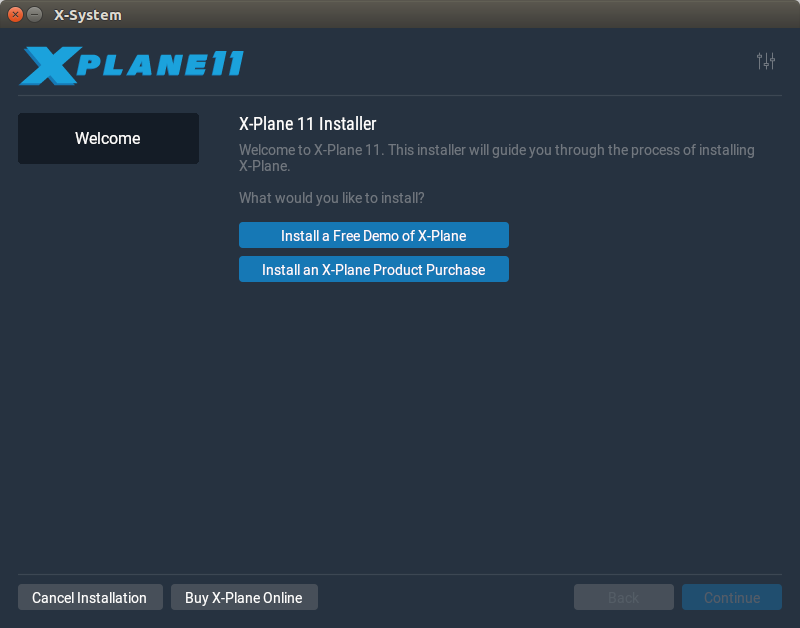 It's nice that it comes in a handy .zip so that any distribution can easily try it out.

You may want to brew some coffee, as the installer will download around 7GB when you pick your install location.

What surprised me, is that the game worked perfectly fine with my two monitors. It not only displays on the correct one, but it also gives me the correct resolution.

Once installed it will dump you into a tutorial mode to teach you some basics controls and it doesn't seem half bad.

Fun fact: I crashed the plane during the tutorial.

When loading a random flight the game completely locked up my computer, requiring a restart as nothing worked. Be careful, but it is in Beta so bugs are to be expected.

You can find the demo here. Article taken from GamingOnLinux.com.
Tags: Beta, Demo, Simulation
6 Likes, Who?
We do often include affiliate links to earn us some pennies. We are currently affiliated with GOG, Humble Store and Paradox Interactive. See more here.
About the author - Liam Dawe

View PC info
Having trouble getting the installer to run on Arch, I installed libc++abi but it's still not finding it. Also tried symlinking and copying the lib into the same dir as the installer. Any ideas?
0 Likes

toxicwolfHaving trouble getting the installer to run on Arch, I installed libc++abi but it's still not finding it. Also tried symlinking and copying the lib into the same dir as the installer. Any ideas?

It has been a common issue, maybe they'll bundle these later.

Anyway, you might need libc++1 also to be installed according to that thread.

Once you get it installed you'll have 15 minutes demo time, which doesn't lock you out from further relaunching. You can also let the AI fly your plane for you to have a further hour.

I recommend trying a night flight

SuperTuxIt has been a common issue, maybe they'll bundle these later.

Anyway, you might need libc++1 also to be installed according to that thread.

Installing the libc++ package alongside libc++abi did the trick, thanks for the pointer!
1 Likes, Who?

And I reading the developer blog is interesting, indeed this came concerning the Linux installer:

It seems they're going to try and improve the installer

I think the last time the checked the amount of users using Linux it was around 1.5 to 2%, hopefully we can grow this a tad.
1 Likes, Who?

View PC info
sudo pacman -S libc++
did the for me on Manjaro. After that the installation went through without a hitch.
0 Likes

View PC info
Got it running with mesa thanks to some help in irc, gearsongallium and phoronix forums.
Runs great and it's awesome. I need to get a cheap flightstick now and buy this shit. Does someone want to buy my kidney?
0 Likes

View PC info
Apparently it does not run on open source drivers...


QuoteX-System Error:
X-Plane does not support the Gallium driver stack.

View PC info
Installer runs fine (openSUSE Tumbleweed), but the game won't run, at least not on my Laptop (i7-6820HQ, 16GB, NVidia 940MX). At ~2/3 of the load bar it falls dead (Will use some 4-5% CPU, but no more screen updates).
Is the video card too slow, or might it be related to a message about disabling the screensaver where it cannot find org.gnome.SessionManager? At least it repeats the message
Sending inhibit command to xorg screenSaver.
several times if I leave it running....

View PC info
@Pit: Check the Log.txt in the install directory and see if it says anything useful.
0 Likes
1/2»