XCOM 2: War of the Chosen is now officially available for Linux, earlier than expected 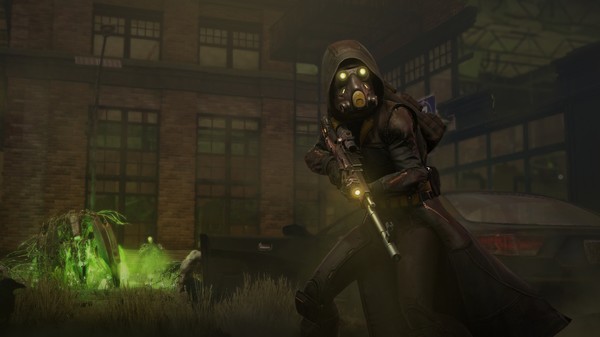 Feral Interactive have released XCOM 2: War of the Chosen [Steam, Feral Store] a little earlier than expected, as it’s out right now!

I’m actually really impressed with their timing here. They said it would be in September, but that could have meant any day in September. Instead, they’ve done it at the end of August! Not bad Feral, not bad at all. Considering that’s only two days after the Windows release of this massive expansion.

To simply call this a DLC is an understatement given everything it changes and adds in, it’s a proper full expansion for sure.

It adds in plenty of new enemies, new classes of people to recruit, new environments and objectives and I could go on for a while about all the shiny new stuff.

XCOM® 2: War of the Chosen adds extensive new content in the fight against ADVENT when additional resistance factions form in order to eliminate the alien threat on Earth. In response, a new enemy, known as the “Chosen,” emerges with one goal: recapture the Commander. This expansion includes new Hero classes to counter the “Chosen”, new enemies, missions, environments and increased depth in strategic gameplay.

I honestly had no clue it was coming this early! So my thoughts on it will have to wait until I’ve had time to sink into it. Considering it’s a long game even without the expansion, it may be a while. I’m excited though, it looks and sounds awesome!

Here's what they said from the press info:

“War of the Chosen adds exciting strategic depth to XCOM 2’s already thrilling campaign,” said David Stephen, Managing Director of Feral Interactive. “In a world where humanity’s last line of resistance is on the run, the arrival of The Chosen pushes XCOM’s technology, tactics and daring to the edge...”

You can buy it on Steam or the Feral Store. You can see their news post announcing it here.

Article taken from GamingOnLinux.com.
Tags: DLC, Feral Interactive, Steam, Strategy
11 Likes, Who?
We do often include affiliate links to earn us some pennies. We are currently affiliated with GOG and Humble Store. See more here.
About the author - Liam Dawe

I am the owner of GamingOnLinux. After discovering Linux back in the days of Mandrake in 2003, I constantly came back to check on the progress of Linux until Ubuntu appeared on the scene and it helped me to really love it. You can reach me easily by emailing GamingOnLinux directly.
See more from me
Some you may have missed, popular articles from the last month:
The comments on this article are closed.
10 comments
EzyRhino 31 Aug, 2017

veccher 31 Aug, 2017
View PC info
wondering what comes next from feral, feral's radar is basically empty, there's just grid autosport for mobile there (and it's been there for a long time), the last "UFO" they teased for linux isn't there anymore, their last ports to linux have been games that target a relatively specific public (Racing or RTS), i hope they engage in something more similar to what they've done in the end of the last year with deus ex, mad max, tomb raider and life is strange. And i hope they keep porting the sequels of the franchises they've started to port (like tomb raider)
1 Likes, Who?

View PC info
Still OpenGL? I heard the Windows build runs a lot better than the original XCOM2, does the Linux one also run smoother than before?
0 Likes

View PC info
I jumped on WotC last night at 11pm, just to check it out, when I looked at the clock again it was 3am :O
1 Likes, Who?
rustybroomhandle 1 Sep, 2017

Linux build definitely running smoother than previously. There does seem to be some kind of slowdown that creeps in right after cutscenes though... might be memory not freeing up. Busy digging for more helpful info now.
0 Likes

Quoting: rustybroomhandleLinux build definitely running smoother than previously. There does seem to be some kind of slowdown that creeps in right after cutscenes though... might be memory not freeing up. Busy digging for more helpful info now.

Did you try pressing CapsLock? :P

View PC info
Thanks Feral, I will buy it on your store!
0 Likes
While you're here, please consider supporting GamingOnLinux on: