That's right, Shovel Knight has somehow found his way into Yooka-Laylee [Official Site] and here's a trailer to prove it. 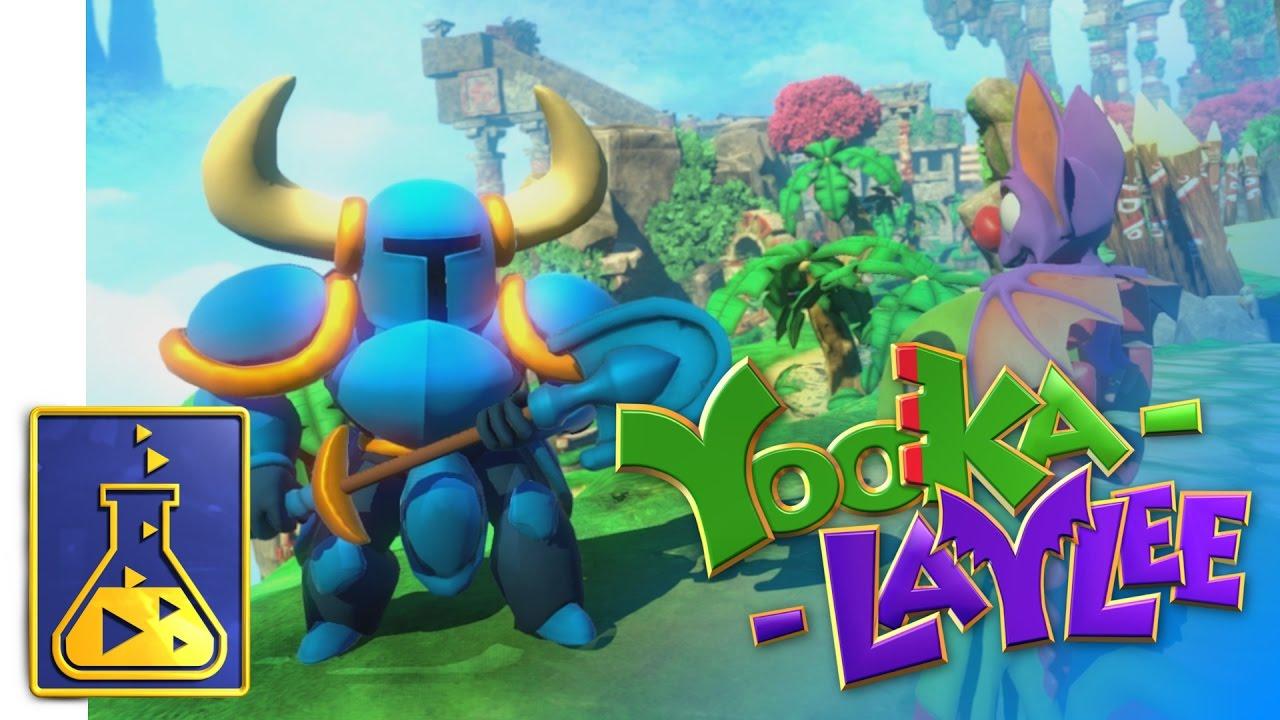 YouTube videos require cookies, you must accept their cookies to view. View cookie preferences.
Accept Cookies & Show   Direct Link
About the game
Yooka-Laylee is an all-new open-world platformer from key creative talent behind the Banjo-Kazooie and Donkey Kong Country games. Newly-formed as Playtonic Games, the team is building a spiritual successor to its most cherished work from the past!

The game isn't due until next year, so hopefully it will be as good as it looks. Article taken from GamingOnLinux.com.
Tags: Platformer, Teaser, Upcoming, Video
0 Likes
We do often include affiliate links to earn us some pennies. We are currently affiliated with GOG, Humble Store and Paradox Interactive. See more here.
About the author - Liam Dawe

View PC info
is this game coming to linux? it would be a great addition to our gaming library...
0 Likes

Quoting: sevenis this game coming to linux? it would be a great addition to our gaming library...

View PC info
I'm so excited for this game! Banjo Kazooie is my favorite N64 game, and this game beautifully captures the overall feeling of that game! In fact, it's so similar I'm shocked they aren't getting smacked by Rare for copyright infringement. I'm glad they haven't, though, because this is an epic-looking game!
0 Likes

Quoting: sevenis this game coming to linux? it would be a great addition to our gaming library...

No mate, I covered it because it's Windows only ;)

Seems to be in line with the current trends ;)
1 Likes, Who?

jordicoma 26 Sep, 2016
View PC info
Sorry, but I need a working prototype to believe that is comming.
Sadly we have seen to many companies that promised linux version only to get the money, and we had never got anything.
But I think that we can have a hight hope for this (hopefully).
1 Likes, Who?

View PC info
I hope this isn't another Mighty No. 9.

I never was into Banjo however I am constantly looking for games to complete my game console experience.

I had visitors today and we played Lethal League, we play Pac-Man 256 at night because the multiplayer is awesome. And we play Disco Dodgeball sometimes.

I just started playing CS:GO with Xbox 360 Controller on my Steam Box, and I gotta say it immediately perked my interest as my Halo 3 strategy and style is more transient than it is via keyboard.

I'll collect all old and new games that fill a place from the 90s.

Quoting: jordicomaSorry, but I need a working prototype to believe that is comming.
Sadly we have seen to many companies that promised linux version only to get the money, and we had never got anything.
But I think that we can have a hight hope for this (hopefully).

I backed this on Kickstarter, so I can confirm that at the very least the "Toybox" alpha-demo-thing has been released for Linux and works very well. It runs on the Unity engine.
3 Likes, Who?

View PC info
They seem to have found the boundary between fair use and copyright infringement and decided to push right up against that line 100%. Even if somebody who had never yet heard of Yooka-Laylee saw this trailer, it would be clear to them that it is basically Banjo-Kazooie 2.0 made by Rareware 2.0.
1 Likes, Who?
1/2»
While you're here, please consider supporting GamingOnLinux on: