You can play controversial FPS 'Daikatana' on Linux now, thanks to a fan patch endorsed by John Romero

By -Daniel-Palacio- - 20 July 2016 at 9:03 am UTC | Views: 20,785
I think everyone here knows the history of this controversial FPS created by John Romero (the father of the FPS genre) after his departure from id Software, therefore this subject won't be covered in this article, since there are a lot of places where you can read about it.

What matters here is that approximately fifteen years after the original release, a community project was started in an attempt to fix all the problems the original build had, and from the beginning it counted with John Romero's endorsement (check this interview from last year, at 5:55). The good news, according to this recent tweet by John Romero, is that allegedly the patch is in a such advanced stage that now you should be able to play the game on Linux without any problem. 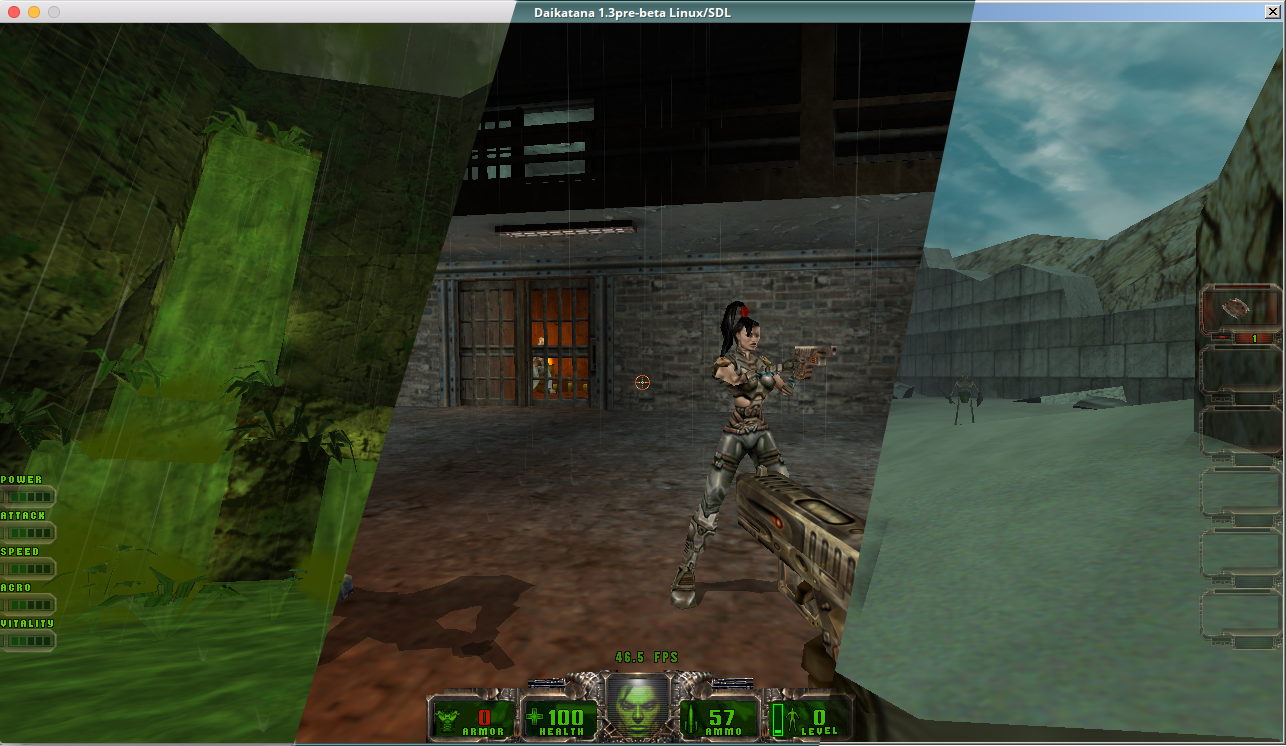 You can download the patch (called 1.3) from here, and the only requirement is to have a copy of the original game with its final 1.2 patch, so, in the event that by any chance you have it, then you may be interested to check how much the original experience was improved. Though, it's recommended to exercise some caution if you're planning to buy the game, as there isn't any guarantee that the patch will properly work yet (although you can report bugs here).

According to Daikatana Wiki these are some of the most important updates:

And here you have a video made by a Youtube user running the game on Linux, which already shows a smooth performance even considering it was recorded one year ago. The video description says:


Quote(Published on Jan 18, 2015 by "Dekonega")
I've been testing out ways to record and upload video from GNU/Linux games to Youtube. This test video features Daikatana's GNU/Linux port made possible by community patch 1.3. I know that video quality is pretty low but I wanted to maintain the smoothness. I also wanted to upload this just to show that Daikatana really runs on Linux natively now. 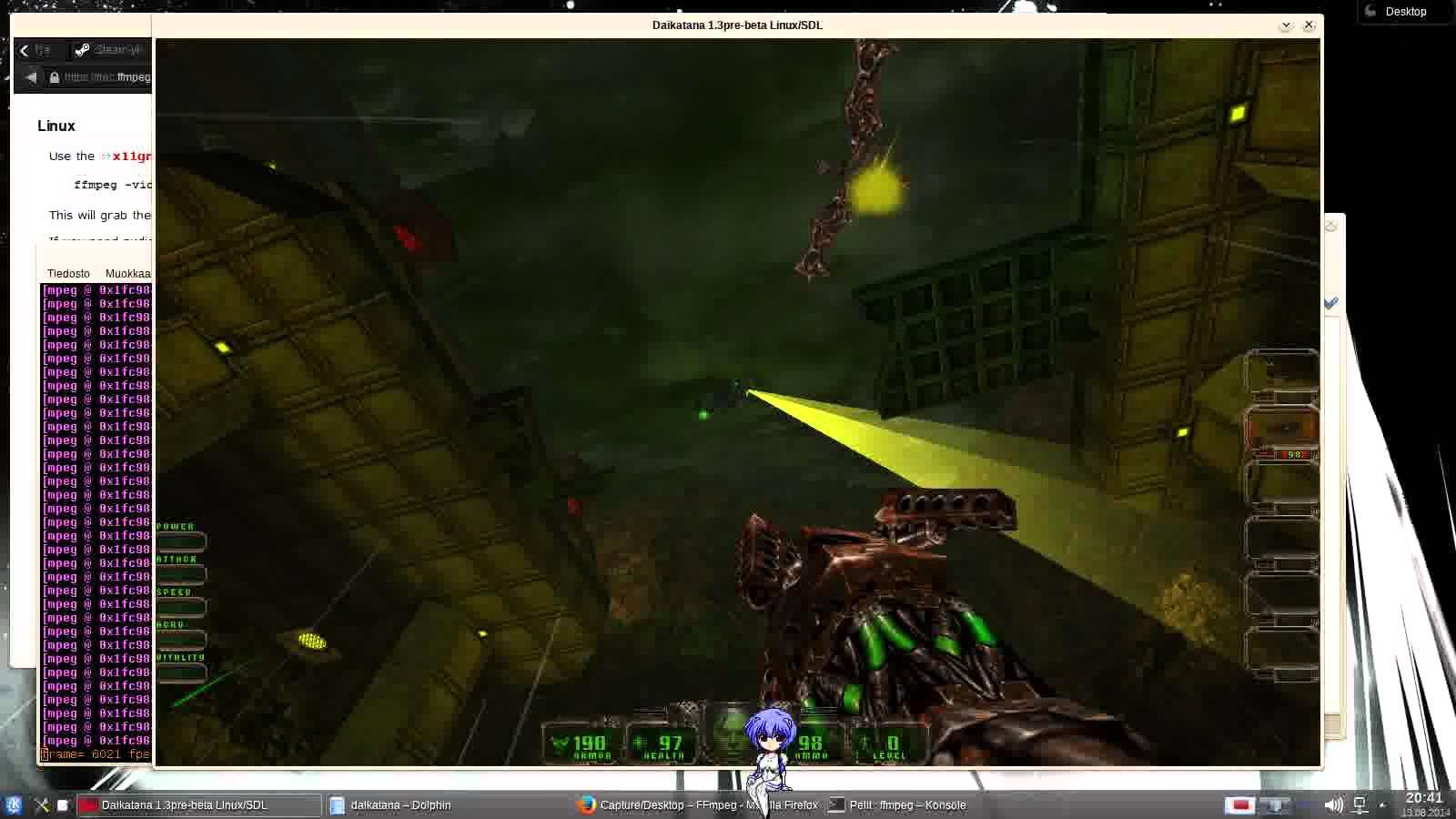 See more from me
Some you may have missed, popular articles from the last month:
The comments on this article are closed.
20 comments
Page: 1/2»

View PC info
Interesting, I suppose it works with any version of the game (Steam/GOG)?

View PC info
This patch will make you its bitch. Suck it down.
6 Likes, Who?

View PC info
Hell if it's cheap enough I just might! Played the demo back in the day and it would be interesting to see if it's as bad as I remember. :)
0 Likes

View PC info
I've been using this patch since its first Linux version. I think people have quite harsh opinion about this game. To be fair, now that sidekicks can be disabled, I think it's going get a lot better. It's got a nice Quake II feeling that I dig. Granted, it's not Hexen II or Quake, but without sidekicks it's getting near enough.

Interesting information, dubibrasu, but recommended by whom exactly? Would you (or anyone else) provide a link to your GoG quote, please. I'm wondering about what the rationale behind the quoted recommendation was. Was it a matter of hardware? DRM conflict? Authorial ethics?

Otherwise, Daikatana sounds like it's easily worth a few bucks, provided the kinks have been worked out. Heck, the fact that Romero opened the source code rather than let the game simply "die." I wish more devs/pubs would do this. Especially with so-called "abandonware."

I'm thinking I'll buy it when the patch is officially released, I"m just not sure from where though.

Interesting information, dubibrasu, but recommended by whom exactly? Would you (or anyone else) provide a link to your GoG quote, please. I'm wondering at what the rationale behind the quoted recommendation was. Was it a matter of hardware? DRM conflict? Or authorial ethics?

Otherwise, this sounds like it's easily worth a few bucks, provided the kinks have been worked out. I'll wait on the patch's release, though.

Ah, sorry.
It was mentioned in the installation guide:
https://bitbucket.org/daikatana13/daikatana/wiki/Installation

If you get the game from Steam you'll have to download it with Windows (Wine) or steamcmd, whereas from GOG you can just direct download it. I suppose that's why GOG is recommended.
Other than that is exactly the same thing.

View PC info
Alright John, this time I shall install the game.......
bought the GOG version
installed all the patches.
holy hell the intro is shit.
tried it for a few minutes, not going to do this on my own.
I'll see if I can get someone to coop this game with and stream it.
0 Likes

t3g 20 Jul, 2016
View PC info
Getting the GOG version of a game is always the best way for these types of workarounds as they are DRM free and you can easily download the .exe as-is for your GOG account. No Steam run times or extra stuff added to the executable.
2 Likes, Who?
TheGZeus 20 Jul, 2016
Does the patch make the game _fun_?

Do your guns no longer hurt you?
0 Likes
1/2»
While you're here, please consider supporting GamingOnLinux on: