You might want to keep an eye on 'Silence', the new point & click adventure from Daedalic Entertainment 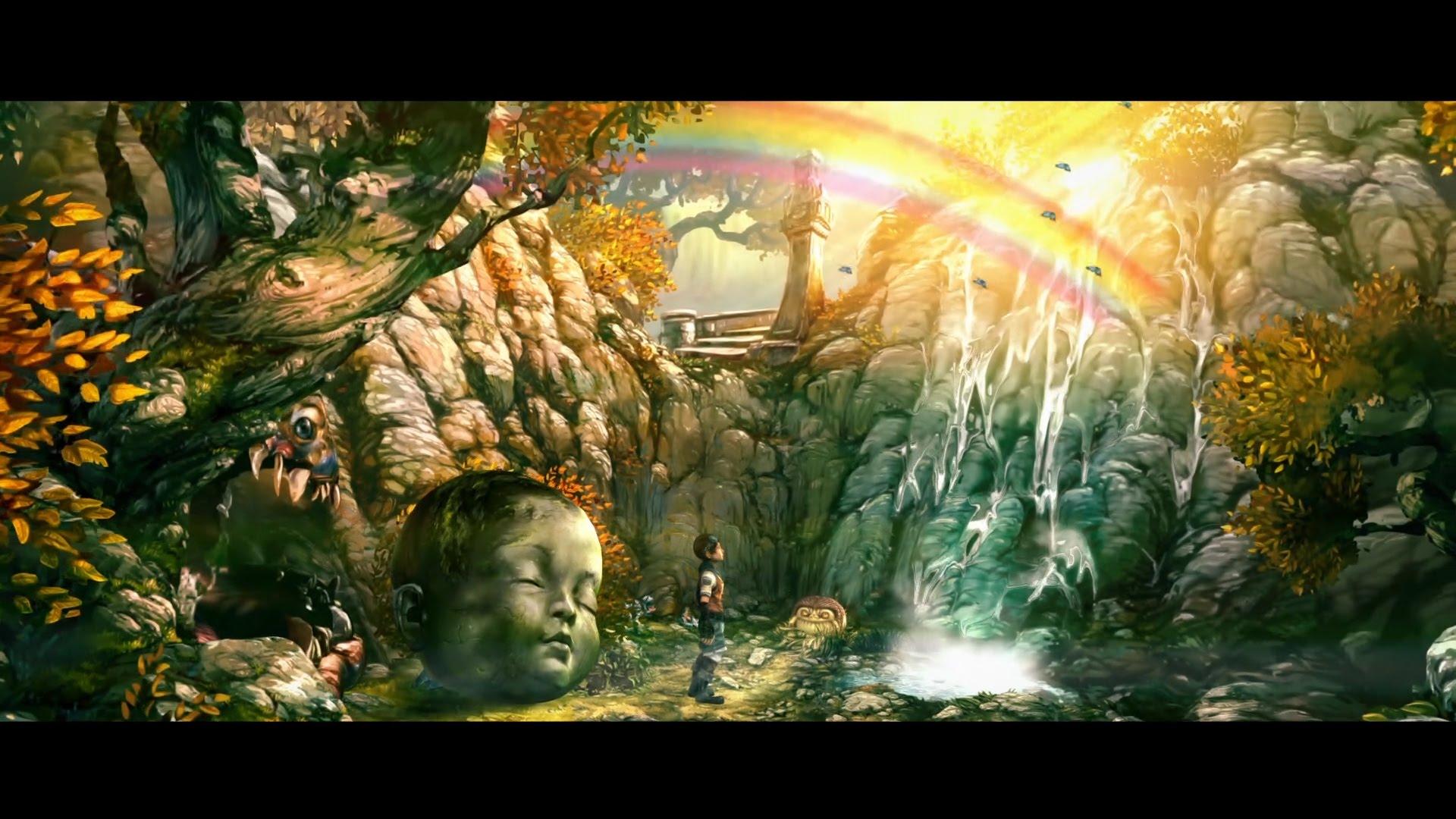 YouTube videos require cookies, you must accept their cookies to view. View cookie preferences.
Accept Cookies & Show   Direct Link
I managed to get in touch with Daedalic Entertainment to review their new adventure game named 'Silence' [Steam, GOG] and you may want to keep a close eye on it.

I'm playing it through at the moment, and I can already tell you that the Linux version seems to work perfectly.

The game releases on the 15th and my review will be available then too. This is just a short post because we've not even mentioned it here before and I imagine a few of you might not have known about it.

About the game
War rages on. During an air raid, 16 year old Noah and his little sister Renie seek shelter in a bunker. There, not only are they protected from the deadly bombardment, but are also at the crossroads of a world between life and death: Silence. When Noah’s sister gets lost in Silence, he is forced to venture into this idyllic yet threatening world to find her.

Silence, however, bears its own scars of war and suffering. Dark creatures haunt towns and cities and ravage this once serene place between worlds. Only a small band of rebels stands against the looming menace. Now it is up to the siblings to save Silence and its fantastic inhabitants from impending doom and thus also save their own lives.

Join Noah and Renie on their exciting journey through Silence where an emotionally gripping story of contrasts between serenity and danger unfolds. Meet fascinating and likeable characters like Spot, the magical caterpillar who helps Noah and Renie on their way through Silence. And witness when the siblings discover that the only thing that can save them is their love for each other. Article taken from GamingOnLinux.com.
Tags: Adventure, GOG, Point & Click, Steam, Upcoming | Apps: Silence
5 Likes, Who?
We do often include affiliate links to earn us some pennies. We are currently affiliated with GOG, Humble Store and Paradox Interactive. See more here.
About the author - Liam Dawe

Comandante Ñoñardo 12 November 2016 at 10:14 pm UTC
View PC info
The DEMO is also available on GOG and on Steam, but it is Windows exclusive.
1 Likes, Who?

View PC info
Sometimes I really wish I would enjoy point and click games more. They tend to have amazing art and interesting stories. However the mechanics of solving arbitrary puzzles, and not having direct control over the character and being limited to certain predefined actions really puts me off.

View PC info
I love point & clicks and will definitely look at getting this in the future.
0 Likes

View PC info
Not a fan of point and click games, this one however seems interesting and there's a high chance I will buy it.
0 Likes

View PC info
They reused Sadwick and Spot from The Whispered World? Is there officially a connection between the two or did they just feel like giving them a big cameo because (TWW spoiler)
Spoiler, click me
it's also an imaginary world
?

I'll probably pass on this one, but it's good to see Daedalic keep making their games available on Linux.

LinasSometimes I really wish I would enjoy point and click games more. They tend to have amazing art and interesting stories. However the mechanics of solving arbitrary puzzles, and not having direct control over the character and being limited to certain predefined actions really puts me off.

I suppose you could look for Let's Plays on YouTube so you'd get to enjoy the visuals and story and maybe the lack of control wouldn't put you off as much if you're in the mindset of watching a "movie." I imagine you've already considered that, though. Of course, it could still get annoying if the person playing takes too long to figure things out or commentates the playthrough.
1 Likes, Who?

View PC info
I tried the demo on my Windows system. I usually don't like point and click games but I really enjoyed that demo. Going on my wishlist for sure.
0 Likes

View PC info
I sure will keep my eye on this one.

LinasHowever the mechanics of solving arbitrary puzzles, and not having direct control over the character and being limited to certain predefined actions really puts me off.

That argument stands only if you compare them to RPG's or something. Most game genres limit you even more and require much less of an imagination.
0 Likes

SalvatosThey reused Sadwick and Spot from The Whispered World? Is there officially a connection between the two or did they just feel like giving them a big cameo because (TWW spoiler)
Spoiler, click me
it's also an imaginary world
?


It is a sequel to 'The Whispered World'. Back in 2014 Daedalic Entertainment announced it as 'Silence: The Whispered World 2', and was said to be releasing later that year, but that never happened. Not sure where I saw it, probably can be found on Youtube although I couldn't, but there was a trailer focusing on the bombing raid. It was more of a teaser, just showing the real world events that lead to the kids entering Silence or the Whispered World whatever you call it.

As for me, I'm not sure that I'll pick this one up, I didn't enjoy the first all that much. But this trailer has certainly got me interested to know more, will keep an eye on reviews and then decide if I should venture into the Whispered World again.

View PC info
You can't imagine how much I was disapponted by the Deponia games: forced humour, puzzles that screams "I hate you, player!", so-and-so story. I managed to play only the first and part of the second episode, then I surrendered. Nonetheless the art style was very beautiful.

This seems a "darker" game than Deponia, so I'm intrigued.

Liam given that you are in touch with Deadalic PR, may you ask them if "Memoria" or "Chains of Satinav" will ever be ported to Linux? I ask because "Memoria" is listed as having a Linux depot on steamdb.

OT: all of the "Blackguards" games from Daedalic works like a charm under WINE, if they are out of resources they could do a sandboxed Linux port in a week or two.
2 Likes, Who?
1/2»