Kingdoms and Castles is a game about building a city and defending it from invaders and dragons, the latest "Beautification Update" update expands your building options even more.

You can now build Gardens, a mighty dragon statue and fountains to make your citizens even happier with your rule: 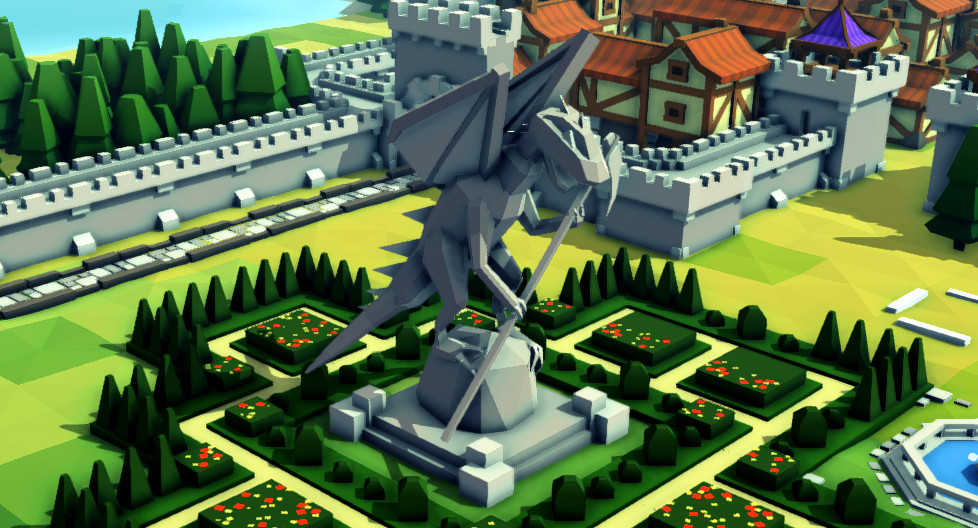 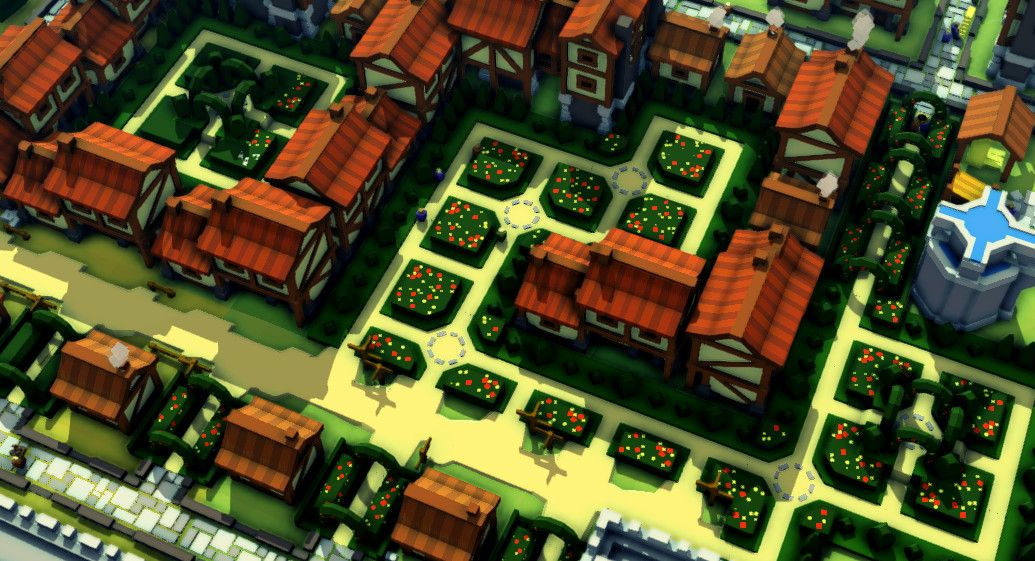 There's some other pretty sweet tweaks too, like the ability to have your defensive walls also be aqueducts, there's some performance improvements, a tweak to the skill system so workers will eventually forget skills they're not using and more nice tweaks.

Coming later, is the Rival AIs update which is going to expand the game dramatically. It's going to take a while though, as it's a huge change to the game to actually have enemies building on the same map as you. So they will be adding in diplomacy, sending armies across the map and so on. I hope that's going to be optional though, since it will completely change how the game feels. I'm quite excited about that update though, it sounds really fun!

I have to hand it to the developer, Lion Shield, as the initial release showed such promise it just lacked content. They've steadily added some big patches and each has wiped away my previous gripes about the game.

You can find Kingdoms and Castles on GOG and Steam. It's also on itch.io, but I'm unsure how up to date it is as they don't post anything on there at all.

Article taken from GamingOnLinux.com.
Tags: City Builder, GOG, Itch.io, Steam, Strategy
11 Likes, Who?
We do often include affiliate links to earn us some pennies. We are currently affiliated with GOG, Humble Store and Paradox Interactive. See more here.
About the author - Liam Dawe

Meh! Not on GOG yet. Last update was at 19th June "Grand Buildings Update" :(
0 Likes

Quoting: ChronariusMeh! Not on GOG yet. Last update was at 19th June "Grand Buildings Update" :(

Yeah, I've got it on GoG and they've been a bit slow updating it

Quoting: ChronariusMeh! Not on GOG yet. Last update was at 19th June "Grand Buildings Update" :(

Yeah, I've got it on GoG and they've been a bit slow updating it

Now it is available on GOG too. Have fun!
0 Likes