Exploring the caves there: 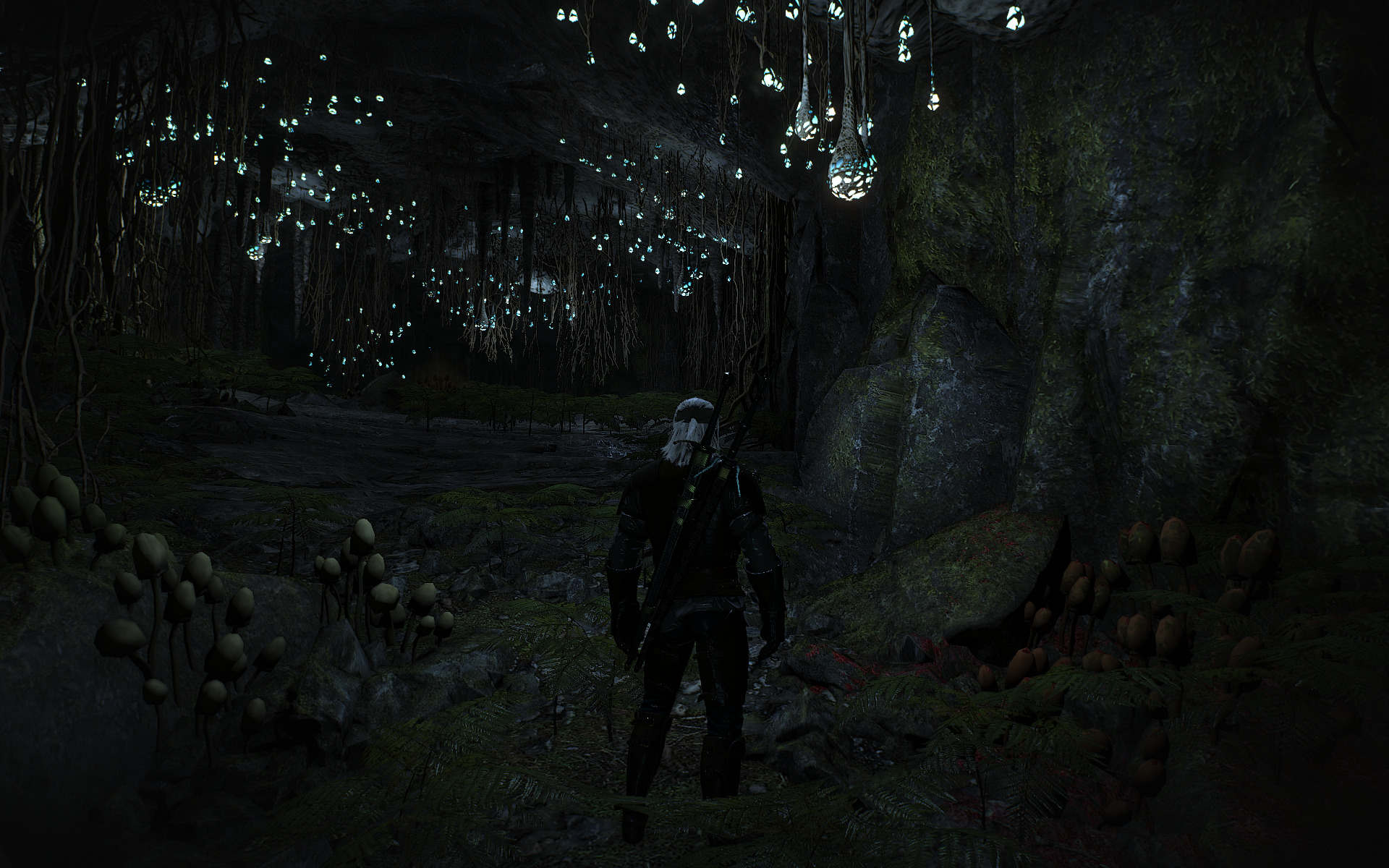 ShmerlThere is a cave system under the Temple Isle. The way to get there starts on the western edge of the isle, where you need to get down the cliffs:

You can get a hint on the location from Julia, the cat lady from Farconers, who is also apparently a secret D&D player.

I actually finally found that cave some days ago. Went around quite a bit, and then jumped down the correct ledge and suddenly saw it. Definitely not a place you just stumble upon, like many of the other caves in the game.

Ended up leaving pre-maturely because there was a lot of gadgets and whatnot and I figured it was probably tied to a quest I hadn't found yet. Need to head back, though. It was a really cool place.

Went into the Cave of Dreams this playthrough too. Missed it the first time.

Don't think I've talked to Julia, so thanks for that. Will see if I can locate her and hear what she says.
1 Likes, Who?

Geralt has been working on his swimming skills. And found this fine spot 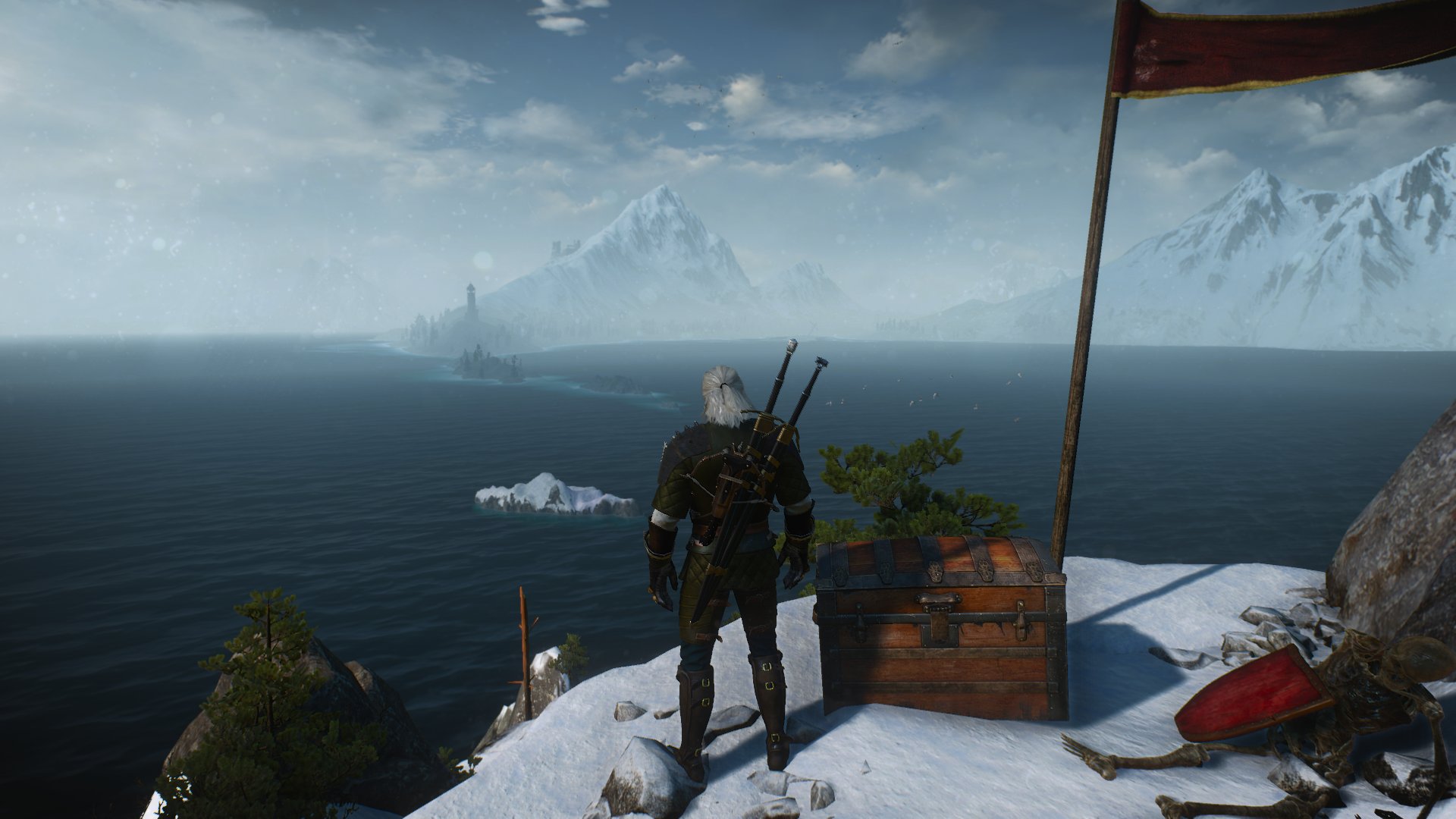 
Think this was on a different island. See the odd square? It looked like ocean as there is water. Hard to see in the screenshot, but pretty sure it was water, as I was moving the camera this and that way. Presumably some mistake with the game itself. 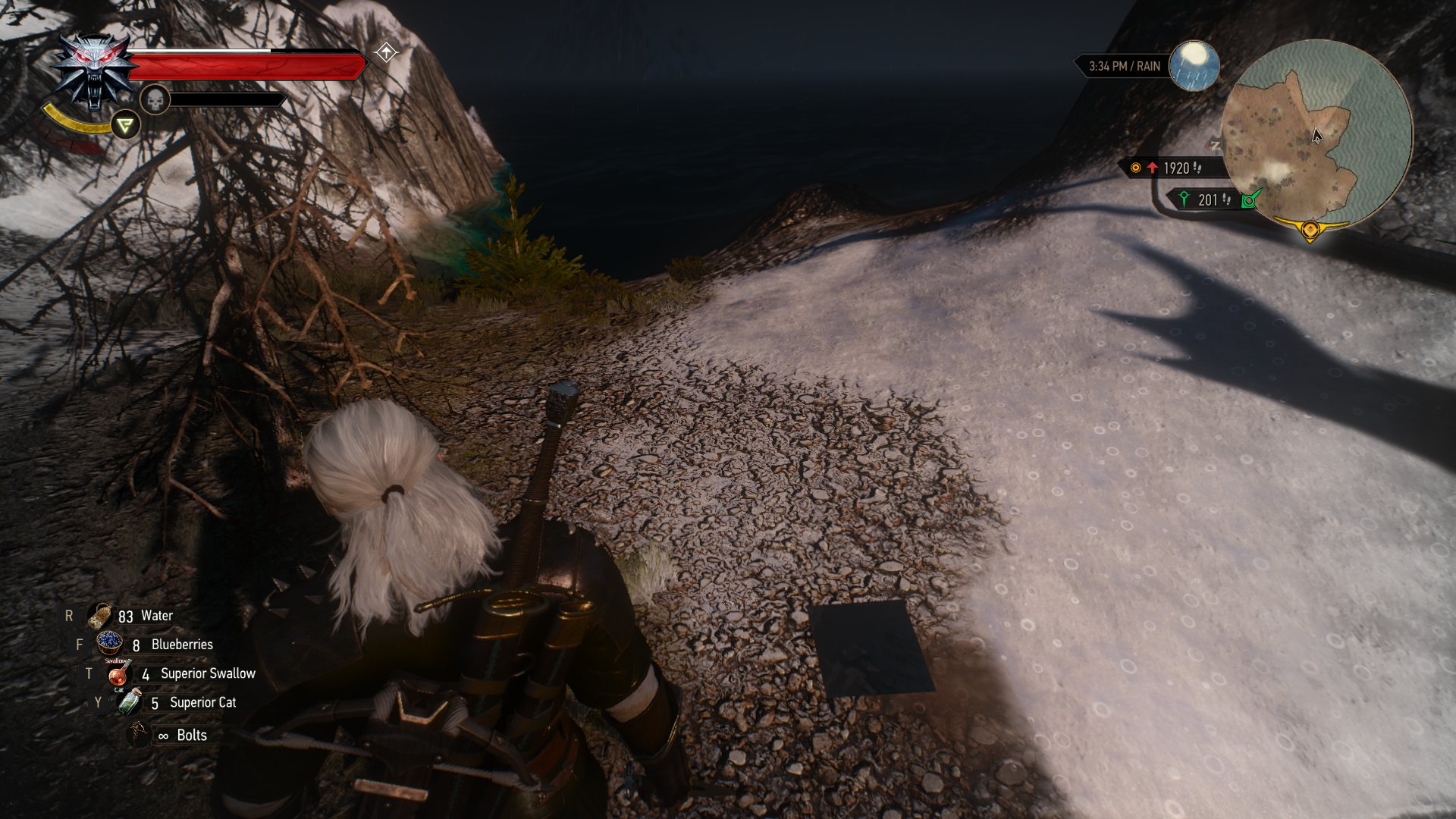 Not sure what's up with this guy. 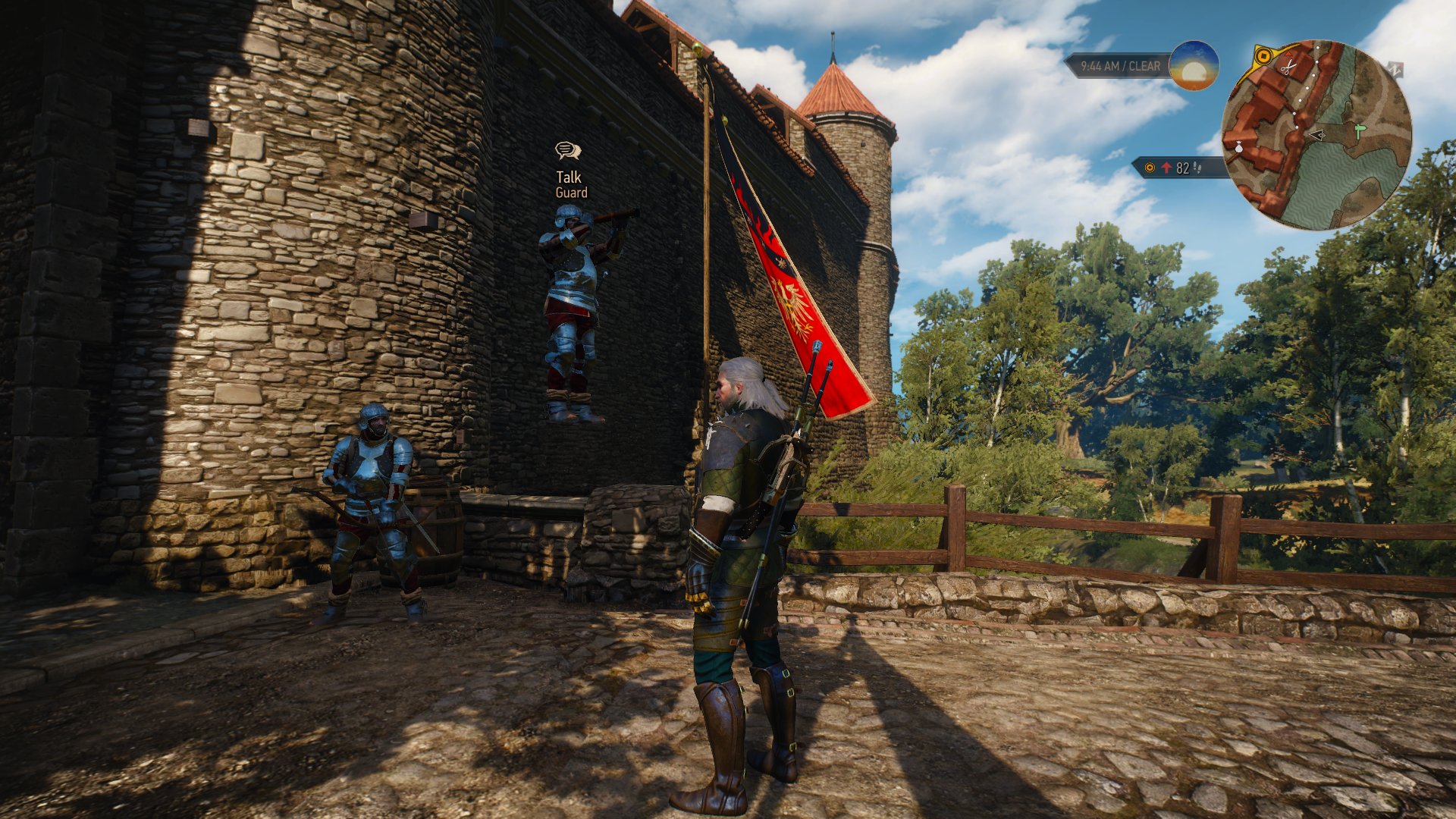 Interesting. After all these years it looks like I came across an item that wasn't documented in the Witcher wiki: https://witcher.gamepedia.com/Poem

Could you help me about the location of Julia btw? I've spent probably an hour looking through Farcorners trying to find her, to no avail. I've gone back to the caves and completed them, but would still be nice to see Julia. Especially after the brief exchange on the official forum with a developer and what I assume is you.

One of the frustrations with this game is how damn hard it is to make small movements. Sometimes it feels like doors and trees are Geralt's arch enemy. 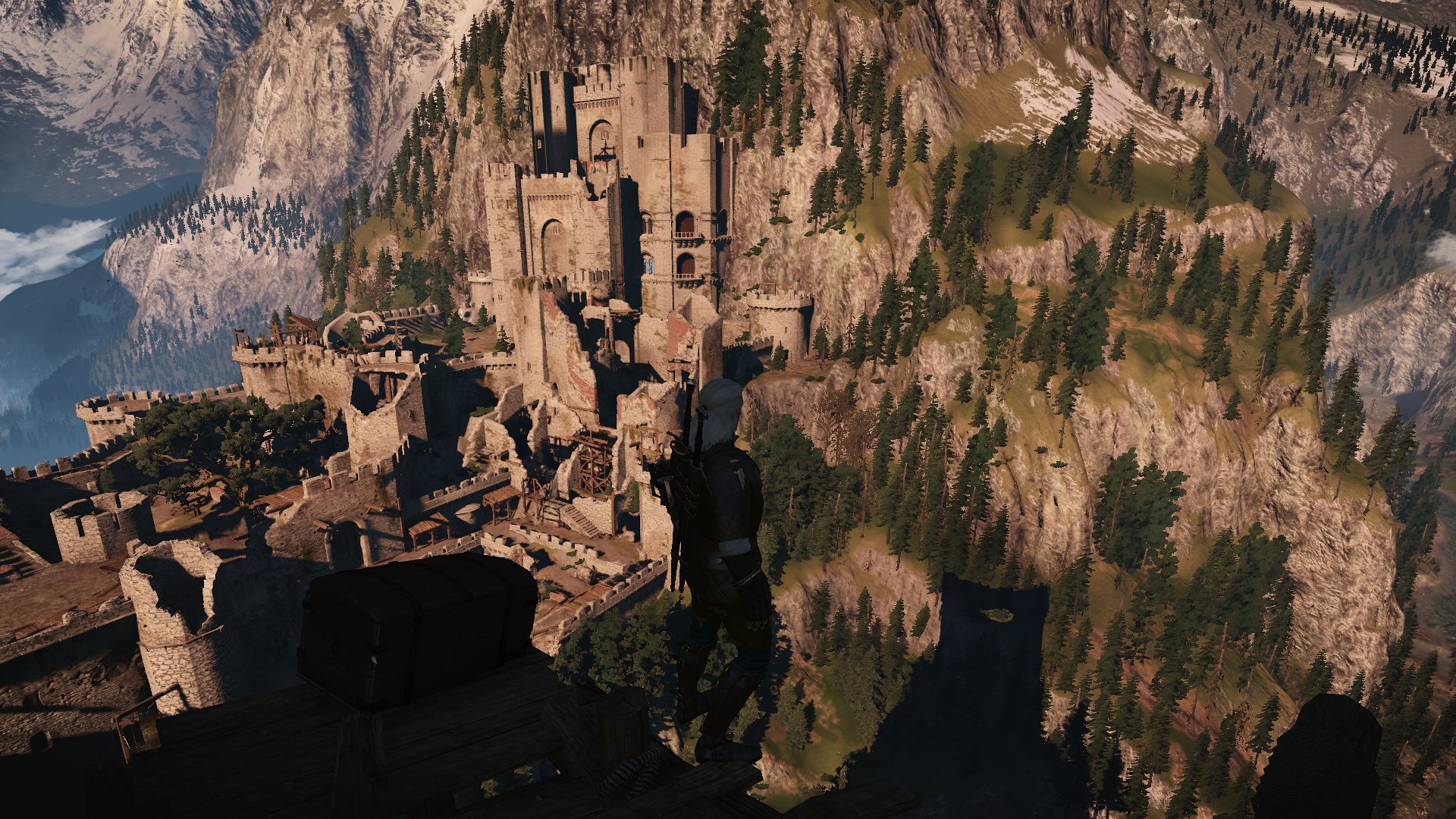 Again Roach is having a serious seizure 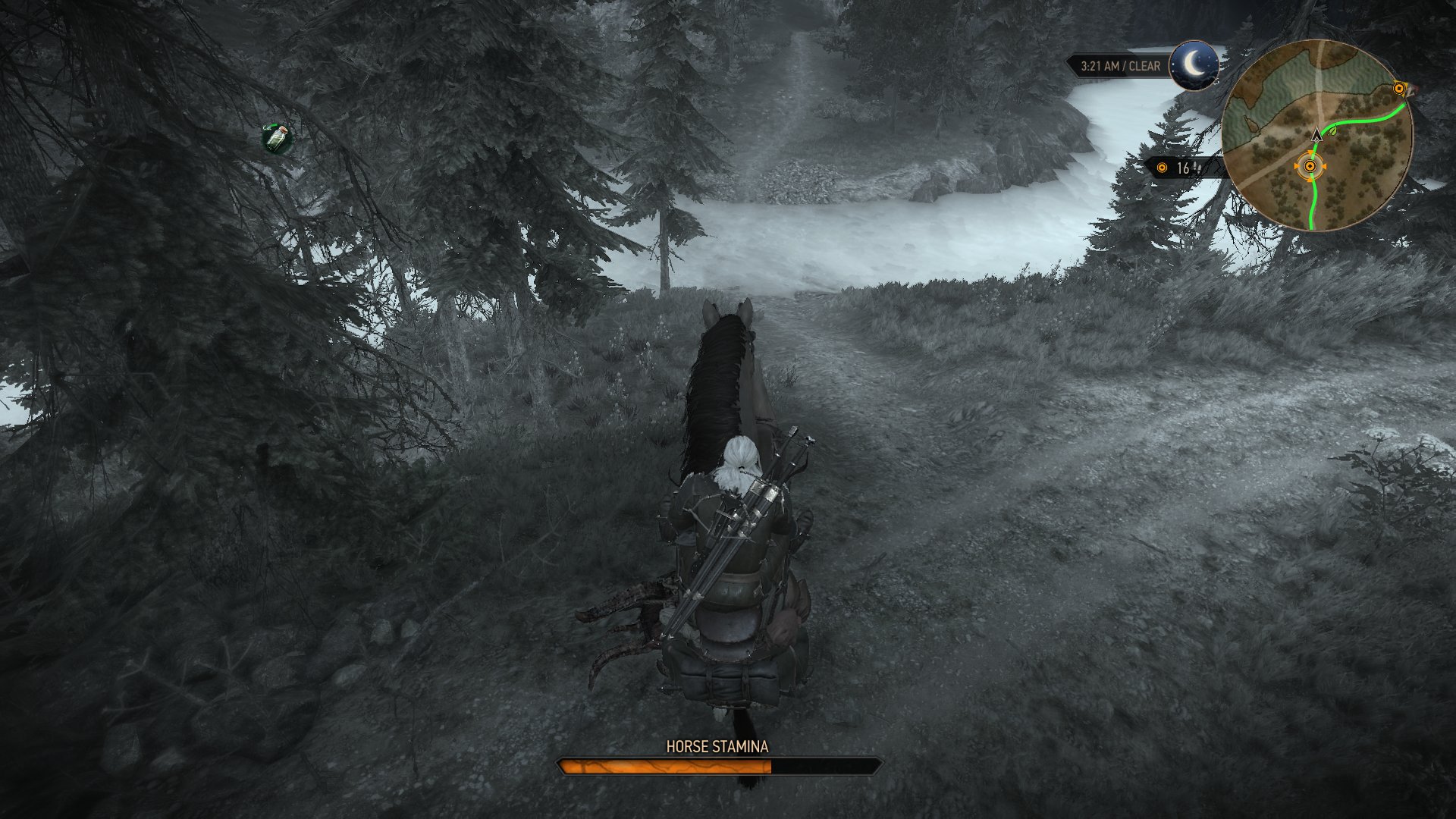 Unfortunately it doesn't show very well in the image I took, but Roach is galloping on two legs, pretty much straight upwards. Maybe he wants to be human? I also quite like the tiny gadget, and I will of course prefer to take the right line in races

PangaeaCould you help me about the location of Julia btw? I've spent probably an hour looking through Farcorners trying to find her, to no avail. I've gone back to the caves and completed them, but would still be nice to see Julia.

Farcorners map on the wiki can be misleading. In fact, Farcorners stretches further than the map shows. You can find Julia's house here (black cursor). The hint - many cats around her house, as well as dead rats ;) 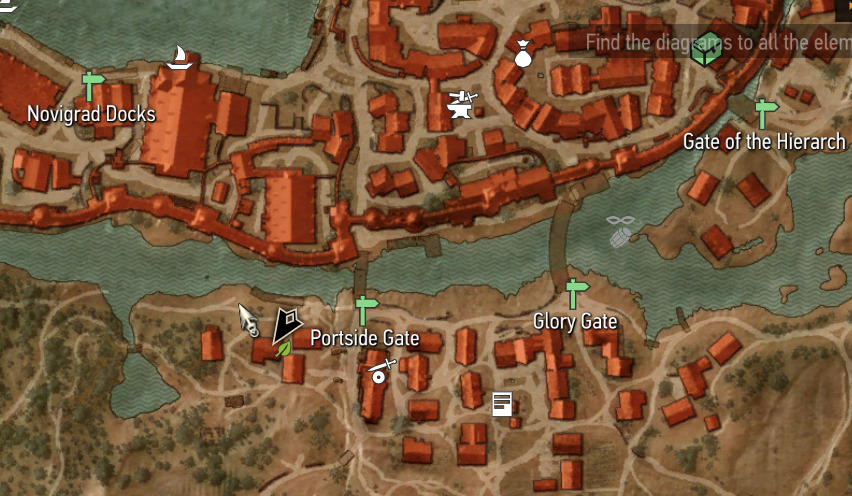 Cheers. Found the place now; I was indeed in the wrong place as I was counting on the map from the wiki being correct. Found her and her notes, but wasn't able to talk to her. Maybe because I had already done the caves. Tried to sleep a few times, hoping it would trigger the ability to talk to her, but nope. She mentioned something about "traps everywhere", though, which also fits with the D&D theme

You get it from her notes and talking to herself, that's what I meant above. I wasn't able to talk to her directly either. She seems to have lost her mind due to horrors she encountered in the caves.

ShmerlI encounter one bug in TW3, probably related to Wine or may be dxvk or esync? Not sure. If I let the game run and leave computer idle, KDE timeout kicks in and it locks the desktop and later puts the monitor into sleep mode. After waking it up and unlocking, the game is still running, but the window is empty and you can't do anything with it. I need to kill the process and restart the game, which is somewhat annoying. Did anyone encounter such problem?

To work around it, I created a KDE activity, that never shuts down the screen, and switch to it when playing.

I experienced game freezing when monitor went black (power saving kicking in). When that happened I had to restart game. It's a bit obscure now as I haven't gotten around to actually playing game again to further note down that incident. I made a note and I only got as far as to note down one observation of that issue.
But I'm certain it's tied to monitor or power saving.

I've also experienced a issue, which I've mentioned before, where when I try to tab out of game it doesn't work. It used to be that Kwin would crash, I couldnt alt tab out then too, and even after ending game Kwin would need to be restarted. But I no longer have Kwin crash. Instead now I can't alt tab out of game even though the alt tab animations appear. But I found a temporary solution by changing to borderless fullscreen and that seems to have fixed it.

In other topic:
I read through links you shared in relation to script merging for mods. I continued on to other sources, but I don't understand. I installed Meld, and thought id find a "merge" option to merge for example two scripts, but there isn't any such to my knowledge. And also this is all I get up when I compare two files that both Friendly HUD and Meditation use: https://i.imgur.com/sWChR8T.png

I found this page by mod creator: https://forums.nexusmods.com/index.php?showtopic=3181644
So I want to ask if I've starting to grasp anything. In order for me to make Friendly HUD and Med to work I need to create a subfolder tree (in Mods directory of game): <Path To The Witcher 3>\Mods\modAAAAAAAAAA\content\scripts\game\player\
Then I need to find similar scripts that both mods use and merge them, whatever that entails, and then place those merged scripts in the appropriate folder in the merged mods directory that that I mentioned. Then when game runs, it will use those merged scripts which will result in no conflict?
1 Likes, Who?

For text files (scripts code), you can use any merge tool like Meld and such. Not sure how it's done for binary files. Supposedly you need to "uncook" them (i.e. unpack), figure out how to merge those resources, and cook them back in the higher priority mod.

I'm not an expert on this though. Feel free to ask here as well:
https://forums.cdprojektred.com/index.php?forums/mods-the-witcher-3.69/

I gave up on the merging business, but then it turned out it wasn't needed either, as I only run small mods, not mods that change widescaling stuff in the game. Being sorely frustrated with the horribly unbalanced fistfighting, I came across this mod, which I would recommend: https://www.nexusmods.com/witcher3/mods/3703

It's actually still hard to win, not a walkover at least, and it feels much better balanced than in the vanilla game. It's an actual fight, instead of being knocked out after two hits. Pretty weird how lumbering slow Geralt is in these fights, but at least it's playable now. Got to the end of that whole quest sequence yesterday, which was pretty cool.

For Alt-tabbing, I prefer to use two workspaces instead. Usually works like a charm, and it does here too. Okay, sometimes the mouse cursor gets stunted and I can't move it to all parts of the screen after going back to the game. But that usually sorts itself out after some Escape / Inventory fickling. Though sometimes I need to restart the game as well. Same when the sound starts stuttering.

However, the crashes (CTD) have entirely disappeared when I downgraded from the 5.0 kernel to 4.18. Very pleased about that