This website makes use of cookies to enhance your browsing experience and provide additional functionality -> More info Deny Cookies - Allow Cookies
⨯ We're live now on Twitch!
⨯ Check out our Monthly Survey Page to see what our users are running.
The Witcher 3 in Wine
Page: «147/170»

ShmerlI uncooked some files before using Wine and ModKit. Some details here.

And thanks for contributing to the Wiki! Looks like a lot of contributors deserted to Fandom these days. I actually wanted to make a Witcher wiki page about extracting music, but didn't get to it yet.

Thanks. Perhaps I'll try to look into it, but I suspect it will be a lot of work for little progress. But like I wrote there, if I spot anything else that is wrong, I can update pages as I go. I know from experience that trying to mass-check hundreds of files for correctness quickly turns into thousands of files and days upon endless days of work. I've been down that rabbit hole several times on different wikis.

Surprised if people are migrating to the 10 pixels wide wiki. Haven't showered yet today, so I took the chance of checking it out. Looks as horrible as it always has, and I didn't even find a recent changes link anywhere. But then I do use uBlock, Ghostery and NoScript (everybody should), so perhaps something didn't work. In any case, the official wiki is certainly a lot more user friendly. And I hope Wikia won't eventually assassinate all Gamepedia wikis and "steal" the content. That takeover was such horrible, terrible news

Well, I've seen some taking my articles, and just copying them there before, so I'm surely not impressed by Fandom wiki

You can see changes there in Explore > Wiki Activity.

I'm somewhat surprised, that contributors like SMiki55 moved there.

Haha, in that case I found it, but wasn't sure what the hell it was. Turns out they've even managed to make the recent changes list into a diabolical mess. Well done, I guess *shrug*

Looks like there is more activity, but I'd never be able to use something that awful.

Admittedly I don't like that so many of the links on the official wiki (okay, they stole that thing too I see, at least the image up top) simply go to category pages, it's much better with actual pages, but overall the normal mediawiki setup is much easier to use, both for readers and editors. And speaking more on the moderator/admin side, it's usually pretty straightforward to get new extensions onto wikis, and manage the whole thing.

Ah well, this was quite an aside. Will fire up the game now

I'd be intrigued to hear what combat is like in the expansions without doing it in NG+ btw (I know you haven't gotten that far yet). I'm actually finding it pretty darn tough in places. Combat against a horde of bandits and whatnot is far from easy (I could liberally use igni of course, but prefer not to), and it feels like an actual fight. Loads of dodging, and each enemy probably takes at least 10 hits (and if they have shields.... gah!). It's definitely a lot of fun, but it's also easy to get overwhelmed if they corner you and pin you down. It's actually fairly common that I need to fix the sword during combat because it becomes dulled. That's how long I spend on several of these encounters.

Some of the views in this game is to die for. Very picturesque. 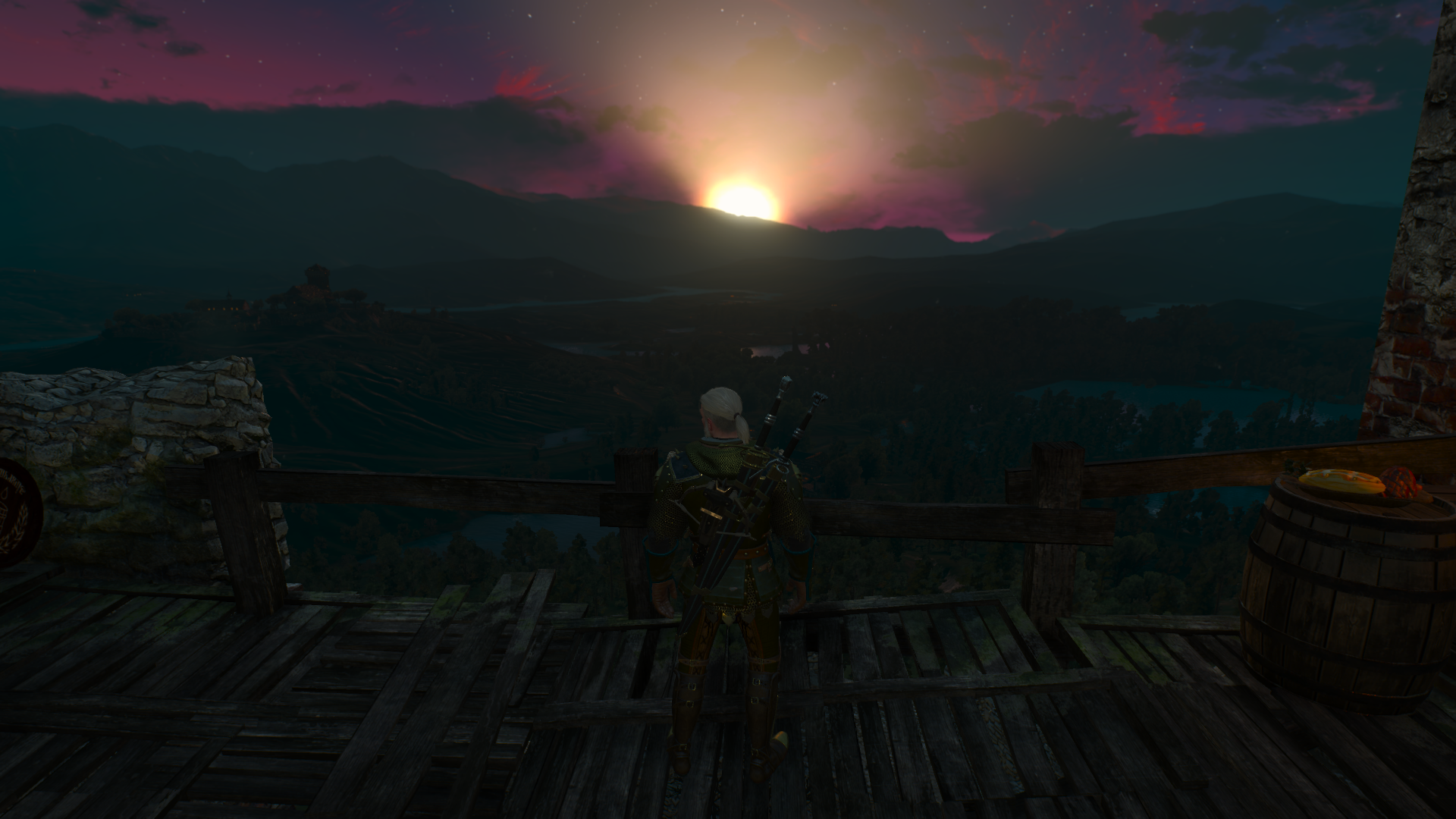 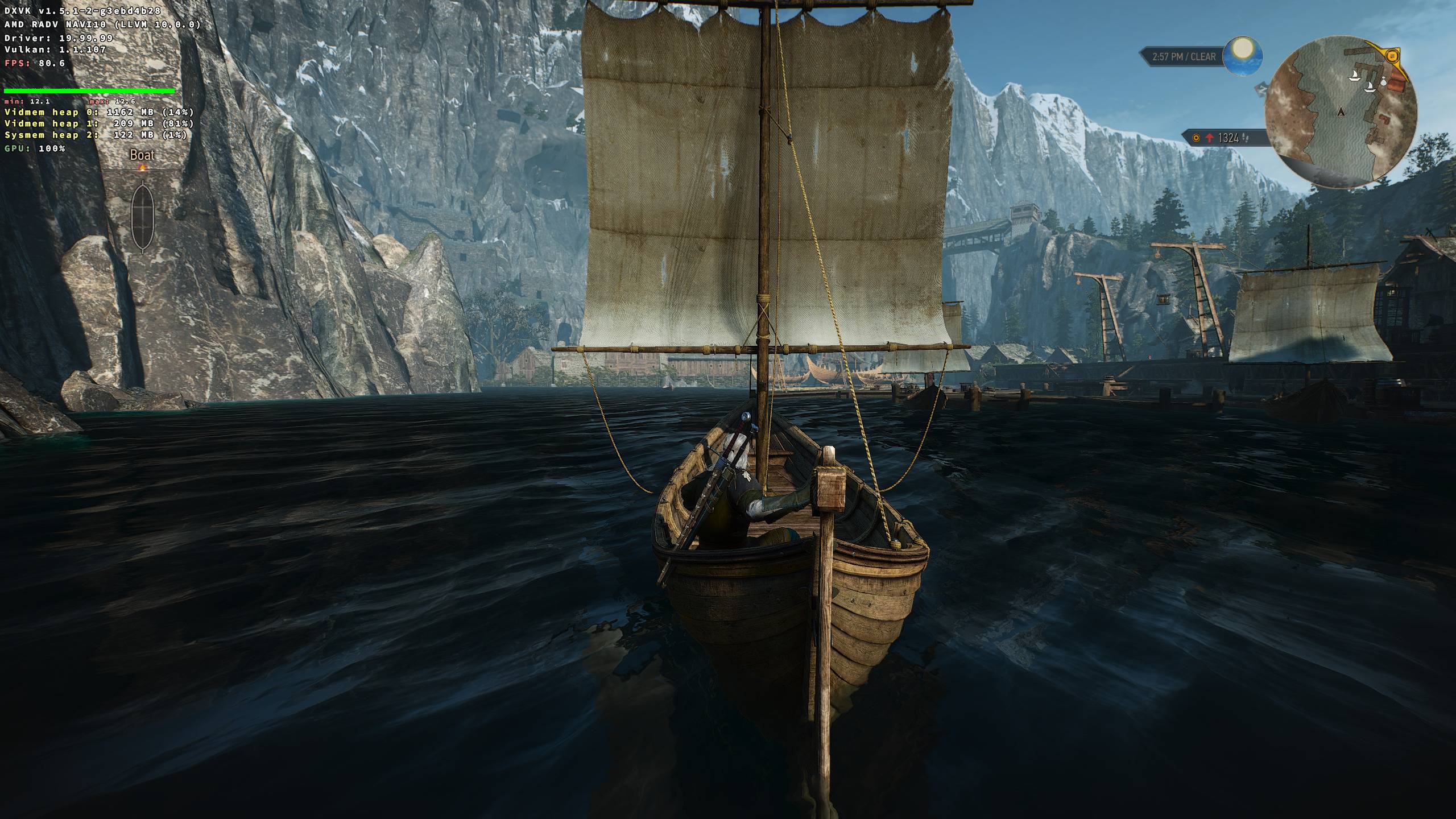 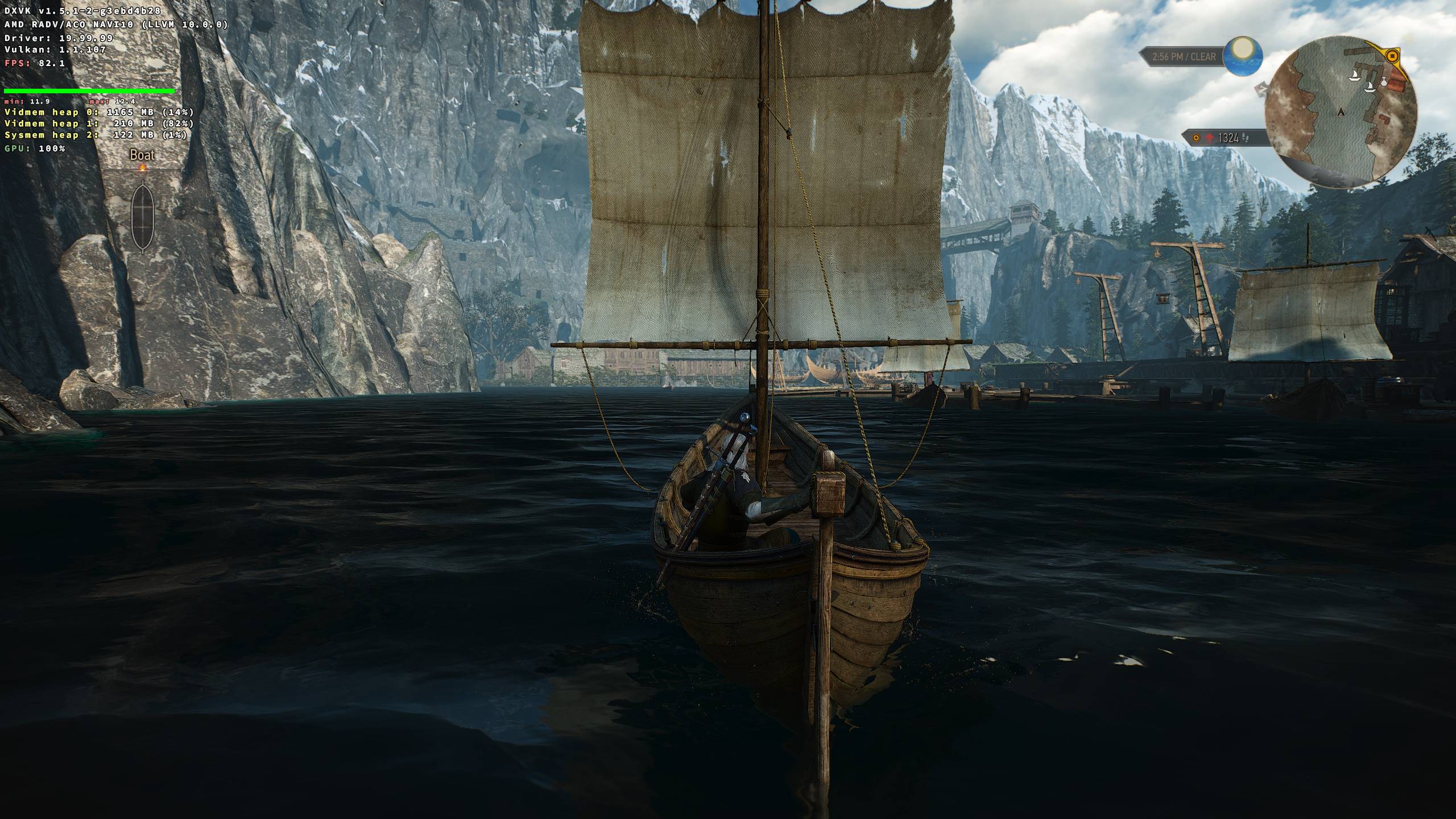 PangaeaSome of the views in this game is to die for. Very picturesque.

Sometimes I feel like a tourist when playing this game, constantly taking screenshots of all the places I visit.

Views are amazing indeed. Another fun activity is decoding all the inscriptions on various signs, travel marks, posters and etc.

ShmerlI uncooked some files before using Wine and ModKit. Some details here.

And thanks for contributing to the Wiki! Looks like a lot of contributors deserted to Fandom these days. I actually wanted to make a Witcher wiki page about extracting music, but didn't get to it yet.

For what it's worth I have updated all the grandmaster legendary pages. Armor and damage values depend on level requirements of the gear, which again depends on what level players ended the first playthrough at (+30 levels in NG+ iirc), but the rest of the information should be correct, such as effects (crit chance, etc).

Actually surprised most of those articles hadn't been edited for 3-4 years, but I suppose hardly anybody have actually played NG+ all the way through (or none of them are wiki contributors).
1 Likes, Who?

Well, damn. It is done

Stupid hard at the end, but eventually the game failed to repeatedly one-shot me. Perhaps it's a NG+ thing since everything hits harder and has a ton of health.

Rather a good game, this

Congrats! So you finished even the expansions?