This website makes use of cookies to enhance your browsing experience and provide additional functionality -> More info Deny Cookies - Allow Cookies
⨯ We're live now on Twitch!
⨯ Confused on Steam Play and Proton? Be sure to check out our guide.
[Rant]: RX 5700... a frustrating experience
Page: «3/21»

I suppose the teams developing the hardware are much heavier on resources. Makes you wonder why the can't dish out this little extra money for a reasonable software team.
0 Likes

Quoting: YoRHa-2B- but it's impossible to recommend AMD GPUs at the moment. They are doing the best they can to live up the memes of their drivers being shit, and if they don't get it together some time next year, I'll have no choice but to jump ship again.

Harsh, but probably fair as well, especially since there are issues on Windows too. I really wanted to swap over to AMD, but all these driver issues, with no solution in sight, makes it very hard. Pretty sad really, when the products themselves seem to be really good.

This is going *way* back, to when ATI existed and I had a Radeon 8500 card. Back then the drivers weren't exactly up to snuff either, and I remember we used an alternative called Omega or some such. Those drivers gave much better performance in games. Does something like that exist today?

Quoting: PangaeaThis is going *way* back, to when ATI existed and I had a Radeon 8500 card. Back then the drivers weren't exactly up to snuff either, and I remember we used an alternative called Omega or some such. Those drivers gave much better performance in games. Does something like that exist today?

radv is an alternative to AMD's provided Vulkan driver (amdvlk). And it's high quality.

I can play TW3 using RX 5700XT (with radv) just fine. While amdvlk produces this: 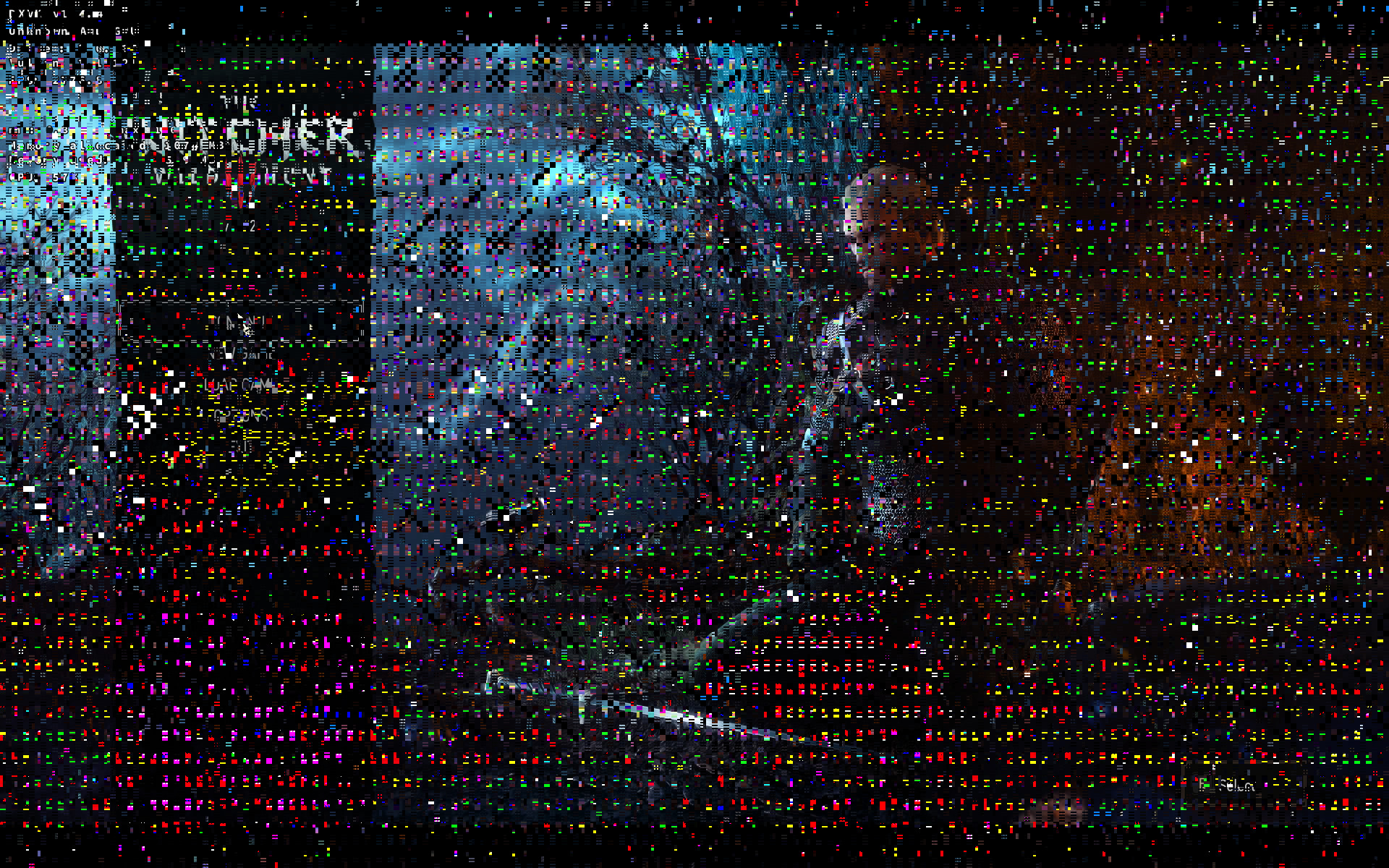 As for kernel issues, they are going to iron them out over time. 5.4-rc7 already got better.

Quoting: ShmerlAs for kernel issues, they are going to iron them out over time. 5.4-rc7 already got better.

Ah the good ol' AMD Fine Wine ...
Seriously though, Navi's launch on Linux could have been better.
0 Likes

Probably good for AMD that nobody anywhere are writing about this, apart from the odd post here and on reddit (and we know what happens there...). Otherwise their sales on Black Friday and towards Xmas would probably be impacted more. I hoped the problems would be solved by then, but it sadly doesn't look very likely.

It's so great to have AMD back and some real competition again, but they really need to get their drivers in order.
1 Likes, Who?

Quoting: PangaeaI hoped the problems would be solved by then, but it sadly doesn't look very likely.

My estimation is that kernel 5.4.x with Mesa 19.3.x will be good enough. These are due to be out soon. Though for Mesa llvm10 so far is reported to have most bug fixes.

Noticed a firmware-upgrade of sorts in the update manager today. Any good news or is this unrelated?

Firmware has been out for a while. The only recent update is something related to hardware video acceleation (VCN).
0 Likes

I check out the relevant bug thread now and then... shots fired recently. And rather understandably to be honest. If I had had this card for months without any real progress on fixing such elemental issues, I'd be pissed off as well :(

(edit: first quote got auto-hidden; expand to view it)


QuoteIs this seriously what AMD calls "support"? No offense but this is ridiculous, this card has been out for four months and it still can't even browse firefox reliably, even after these "workarounds" and "patches".

Then we waited two months for the drivers to even get properly released, and all this wait was for nothing because the drivers are useless, you can't even browse firefox or let alone play any actual games. What is the point of having open source drivers if they don't even work? Nvidia's GPUs have had day one support, and unlike AMD, "support" actually means the GPU works for something that is meaningful.

QuoteI wouldn't really call what is happening here "support". Really feels like us Linux users were thrown to the side with little consideration.

QuoteBeen following this thread for a while now. Can't believe this has been known for 3 months, without a fix released.

Just a moment ago a random freeze occurred running Firefox and other applications, no games. Spotify kept playing in the background. Cursor not moving and unable to open another shell.

Where is this thread? I have the exact same issue with older hardware that your last qoute described. CPU or GPU hang the system sometime at low loads.
0 Likes
« 1«3/21»
While you're here, please consider supporting GamingOnLinux on: