Now it works gr8!!! FINALLY!. I did a system update and something got fixed, and Max Payne 3 is also working!:D I also installed the official Vulkan SDK from Kronos, maybe it was that.

Back in the days this was my favourite game. Though it's not for everyone, it's basically an open world game with puzzles and detective stuff, you have to pay attention to every dialogue, everything the suspects say matters. The open world stuff is not so detailed as GTA, maybe it's more similar to Mafia games, rather bland, it has some gun fights and car chases, but it is not exactly a shooter, that's what I like about this game it has a little of everything. The most similar game to this is Sherlock Holmes, but this is not so lineal you can solve cases in different orders and it has side missions (more or less like GTA), and it's much more open world game, what it relates is the way you collect clues and interrogate suspects and that you can resolve a case right or wrong. And the acting is where this game shines it has real actors, and they did a facial recognition scanning stuff, the actors make an awesome performance. The guy who plays the main character, detective Phelps, he was born to make that role, they couldn't choose someone better. Another important character is the same actor who played Denethor in Lord of the Rings.

Does L.A. Noire works via DX9 or via DX11 renderer? In other words - does it require Vulkan support? I ask because my GPU is 540m and it doesn't have support for Vulkan :(
0 Likes

Quoting: wojtek88Does L.A. Noire works via DX9 or via DX11 renderer? In other words - does it require Vulkan support? I ask because my GPU is 540m and it doesn't have support for Vulkan :(

I can only launch the DX11 version with Wine-staging + DXVK.
With DX9 version I can not login.
0 Likes

Quoting: wojtek88Does L.A. Noire works via DX9 or via DX11 renderer? In other words - does it require Vulkan support? I ask because my GPU is 540m and it doesn't have support for Vulkan :(

I can only launch the DX11 version with Wine + DXVK.
With DX9 version I can not login.

Thanks,
that's exactly what I was assuming. Will try it when my hardware is updated.
0 Likes

Quoting: chancho_zombieit's broken for me 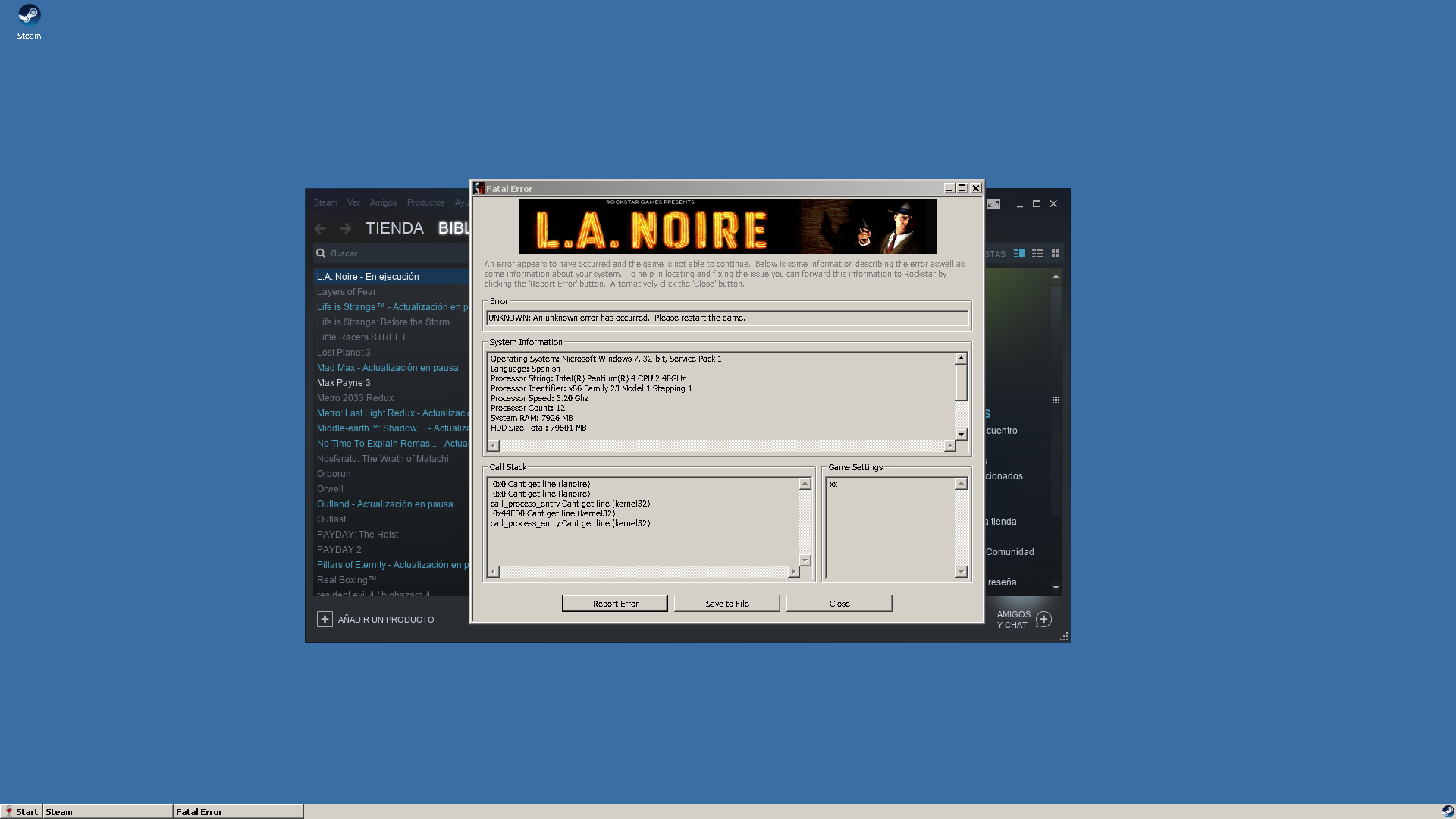 I found what the problem was for that error (entry line kernel32), this bug has been nagging me a lot it broke another wine bottles. It seems that for a particular version of wine-mono you need a matching version of wine. Not all wine mono work with all wine binaries. So if you get a prompt asking you to install wine mono, your wine binaries have version missmatch problem w/ wine mono. Sometimes you have to delete the wine bottle and start all over because wine mono is a prerequisite prior to the installation of dot net.
0 Likes

just to give a heads up to everyone running on Mesa and amdgpu . There is rendering bug. Stuff will look with a funky florescent color. Posible workaround is to disable glsl with winetricks.

I don't know how you are doing it. No matter what I try .net 3.5sp1 won't install correctly.
0 Likes

This fellow has an interesting video on LA Noire:
https://youtu.be/Begu2lXc-AI
0 Likes

Hello,
Rockstar has updated his launcher for L.A.Noire and dotnet is no more needed.
It's easier to install and play this game now on Linux on Steam with Steamplay.