Another new indie game in need of funding on Kickstarter, the 2D investigative adventure game Blood Opera Crescendo and it's planning Linux support.

Inspired by the Ace Attorney and Persona series, Blood Opera Crescendo from Italian developer Kibou Entertainment has been in development since the start of last year in RPG Maker MV. They said the project has reached an advanced enough stage now to really take it further.

You play as a disgraced orchestra director and skilled composer struggling with addictions, delusions of grandeur and a murderer who transforms human beings into musical instruments. Discover the charming city of Bleichburg and the terrible truth hidden behind the luxurious curtain that covers the entire city as you face interrogations, collect clues and develop love affairs.

Will you be able to discover who is directing the Blood Opera without being killed? 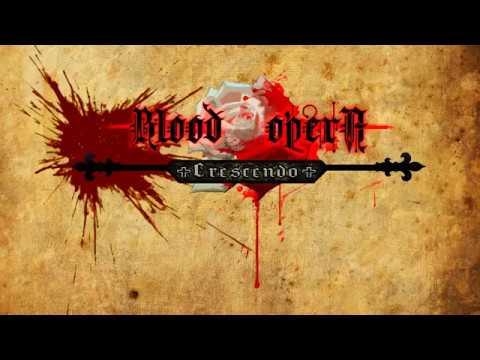 They're looking to get at least €10,000 and they have until August 22nd to hit that goal. To help with this, they actually have a demo available which is around an hour long and shows off plenty of the planned features for it. Feature highlight:

Find it on Kickstarter with a demo available and you can also wishlist/follow it on Steam.

Their plan is to hopefully release the full game in June 2020.

Article taken from GamingOnLinux.com.
Tags: Adventure, Crowdfunding, Indie Game, Upcoming
11 Likes, Who?
We do often include affiliate links to earn us some pennies. We are currently affiliated with GOG and Humble Store. See more here.
About the author - Liam Dawe

View PC info
I wouldn't mind something like the Ace Attorney series, but the rhythm game parts in this one might just spoil the fun for me.
3 Likes, Who?

View PC info
Looks like a fun little RPG maker murder mystery.
But i hate when styles get blended like this. Like Tuubi said , I would like to play a murder mystery not Paino Hero.
1 Likes, Who?
KibouEntertainment 26 Jul, 2019
Hey there :) thanks for showing interest in our game! Well we are still thinking about the rhytm game thing... we are still unsure about keeping it or not in the final version :D
2 Likes, Who?

Quoting: KibouEntertainmentHey there :) thanks for showing interest in our game! Well we are still thinking about the rhytm game thing... we are still unsure about keeping it or not in the final version :D

Maybe make it optional.
If you put a lot of work into it and want to keep it , leave it in , but make it optional since it feels so different to the rest of the game.
0 Likes