X4: Split Vendetta is going to expand the size of X4: Foundations quite a lot, along with the upcoming big 3.0 update.

They're not currently giving out a lot of details on what exactly will be in the expansion or the update. The Steam page as well as the announcement sent out was pretty light. Egosoft did say it will increase the size of the universe, while also introducing "two new Split family clans" including new ships, weapons and station modules. 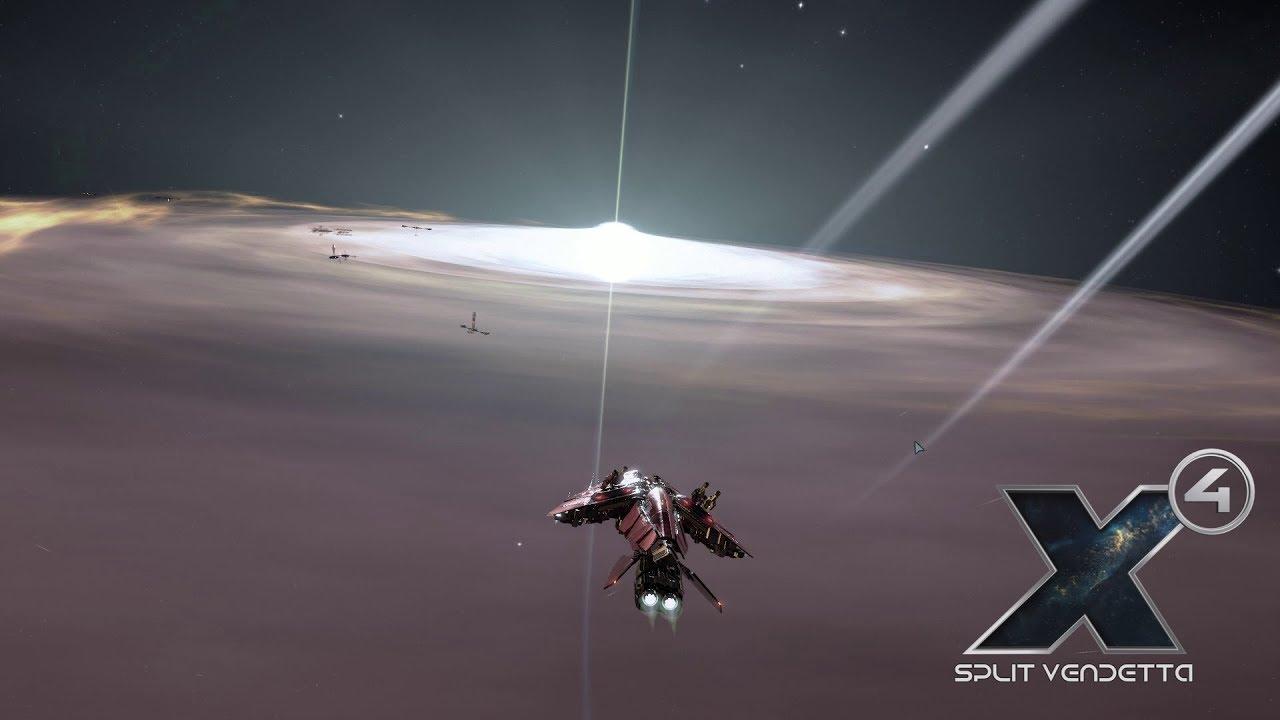 Both the X4: Split Vendetta DLC and the free 3.0 update will be available sometime in Q4 2019, with Split Vendetta being the first of two planned expansions and included in the Collector's Edition.

Seems that X4: Foundations has taken a bit of a user review hammering lately, with it now sat with a "Mostly Negative" score on Steam—ouch! They should always be taken with a pinch of salt of course, there's always two sides, but when a game has such a rating and it's not due to review bombing then something is up. Let's hope with the 3.0 update, they manage to turn it around.

You can fly on over to Humble Store, GOG or Steam for a copy of X4: Foundations.

Article taken from GamingOnLinux.com.
Tags: DLC, GOG, Humble Store, Simulation, Steam, Upcoming, Update
10 Likes, Who?
We do often include affiliate links to earn us some pennies. We are currently affiliated with GOG and Humble Store. See more here.
About the author - Liam Dawe

View PC info
Locking some of the content behind mandatory registration and online connection requirement (khm… "Ventures"… khm…) in a single-player game was a dumb move, IMO.

This, coupled with banning all the players using mods from said online-exclusive content (in a game series historically tied to modding community, yeah!) and marking their saves as "cheated"^W "modded" (sorry) and online-centric game balance (crew takes ages to train offline while leveling-up easily during "Ventures") effectively undermined users' trust. Also IMO, of course.
5 Likes, Who?
Zapa 9 Aug, 2019
Holy hell I might just pick it up! Been playing the X series since X2 the threat and X3:Reunion, TC and AP are high up the list for my favorite games.

X-Rebirth left me with a bad taste so I was glad to see Egosoft go back to the X routes for X4. Been holding out on getting it because of well, all the issues people raised, but with this update I won't be able to contain myself!
2 Likes, Who?

Quoting: Alm888Locking some of the content behind mandatory registration and online connection requirement (khm… "Ventures"… khm…) in a single-player game was a dumb move, IMO.

What are you talking about?
0 Likes

View PC info
Is the game actually fixed and playable now or still full of incomplete features and bugs?

Quoting: einherjarWhat are you talking about?

Don't thank me, it is just some links from the Google search (which can be mastered by anyone). :)

As far as I can understand, currently EgoSoft team is rebalancing the game in a way that the first two levels would be relatively easy to attain without "Ventures" (the 4th and 5th levels still will require lots of gameplay hours), but…

That, coupled with the general hostility towards XReberth'esque X4 from diehard X3 fans is what probably caused the "review bombing".
1 Likes, Who?

Quoting: einherjarWhat are you talking about?

Don't thank me, it is just some links from the Google search (which can be mastered by anyone). :)

It stays on my wishlist, as these things are no problem for me. As far as I have the time to play it, I will probably buy.
1 Likes, Who?
Swiftpaw 9 Aug, 2019

Quoting: Alm888Locking some of the content behind mandatory registration and online connection requirement (khm… "Ventures"… khm…) in a single-player game was a dumb move, IMO.

Locking any content behind playing the game with an on-line connection is wrong and a form of DRM, yes, that's not just "dumb", that's evil.

So "Ventures" is a modded version of the game? If true, then of course you can mod the game to give you more XYZ resources faster. If that's something that you feel is a problem then perhaps the devs should have made it faster in the base game, but also some players might like it slow.

a) Game modding should definitely not be online-only, you should be able to mod a game offline and do everything offline, otherwise the game is DRMed and should be avoided like the plague until DRM is made illegal as it should be (everyone should push their political representatives to pass laws banning DRM).

b) If an online connection is required to make a game not be horrible, then that's just yet again a tactic that we see coming out of the capitalist greedy corporate world. Pushing something the devs want, such as online connectivity or asking for money, via "incentives" such as making the game not be horrible in some way, like being really slow for XYZ thing to happen, is something they will always push for until laws ban that kind of thing. See this for some examples of this horrible greedy behavior: https://www.youtube.com/watch?v=7S-DGTBZU14
1 Likes, Who?
Swiftpaw 9 Aug, 2019

Quoting: PatolaIn practice tho you just assign one of your ships to a ventures port and a few real-time hours later you get a few random prizes (of predetermined categories depending on the ventures mission). Yes, currently you always get the prizes and Ventures never fail.

That's part of the single player game in that case, so that's not at ALL "multiplayer". WTF? Alm888 was 100% correct in that case. That's a total gimmick to justify always-online BS.

Quoting: PatolaThere is a mod that mimics this behaviour tho... So nothing is really lost if you go modded.

View PC info
Kind of surprised the reviews are so negative, but this is fairly standard with EgoSoft titles. You're kind of all-in and know what you're getting, or you're gonna be negative...

I actually started playing around with this and the EA title Void Destroyer 2 around the same time and since then, much to my own surprise, I have been much more drawn to VD2 than X4 actually, with more time in that game and more interest despite the fact that X4 is native Linux and is the undeniably more AAA title. Score one for the indies (actually, one dev).

I usually wait for 2-3 content releases to go all in on X games anyway.

@Patola, pre this DLC release, as someone with 100+ hrs in the game, how are missions and quests and story? I'm generally not looking to build my own galactic corporate empire and tend to be more focused...

Quoting: PatolaAs I said, Alm888 blew the thing out of proportion.

In my opinion, I have not blown this out of proportion. Just described it as it is. ;)

My intention was to make a guess why exactly the game was "bombed". As I said, alienating the modding community was a dumb move. Sure, the modders already have invented "Offline Ventures" as a means to get the online-exclusive content, but the damage has been done.

Quoting: PatolaThis is a small issue. X4 as a game has a few of them, this is not one of the most pressing.

Suddenly, I am interested. Truth to be told, I am evaluating the game for purchase (waiting for my new rig, which I will assemble myself, some parts are already on the way, and for a discount, even a token one), so, can you elaborate a little further? I'm all ears!

Quoting: PatolaBesides, Ventures will be expanded…

Oh NO! Is it certain? I did not stumble upon this news.
1 Likes, Who?
1/3»
While you're here, please consider supporting GamingOnLinux on: