Factorio is leaving Early Access in September next year

As a result of the team behind Factorio feeling like it's going on for too long, they've now set a proper release date.

In their latest Friday Facts update, they mentioned how their "when it's done" approach has served them well to create a high-quality game "but if we continued this way, we would be doing it basically forever". Part of the issue is that they want to work on new features and add content, instead of constant polishing. So they're setting a date publicly now "so we have to stick with it". With that in mind, it's going to leave Early Access on September 25, 2020.

Development is not ending once they hit the big 1.0, they also don't want to say it's 100% finished either. Like a lot of games, as long as the money keeps coming in they will likely keep adding to it. 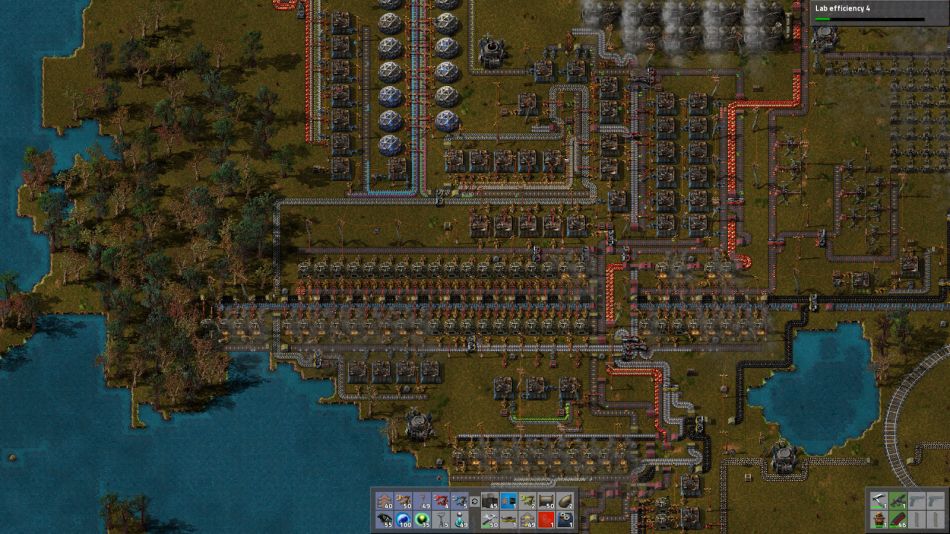 Sounds like things are going really well for the developer, Wube Software, as they've also pulled in two new team members to work on parts of their sound and graphics design.

They're also helping to sponsor the Game Developers Session 2019 conference, which is happening towards the end of the month. During it they will have two of their team doing some talks too on developing Factorio, so that could be quite interesting to watch.

Fantastic game. Love everything about it. Sure does melt away time though…

pb 17 Nov, 2019
They have my respect for sticking to the "no discount" rule in today's gaming reality. They have a unique product and make the best of it. And they got my money long ago, while normally I would probably wait for it to go on -75% sale or in a bundle.

View PC info
This 20$ ruined my life :D However I would say it is the most well spent 20$ of my life :D I love the game and played hundreds of hours with it.
2 Likes, Who?

View PC info
Good. I am postponing the purchase, because I avoid "early access" games. When I'll have time to spend on this game, I want it to be polished and include all game mechanics. Looking forward to buying/playing it in a year :)
1 Likes, Who?

View PC info
Lol, next September? This will be the first time I've put 500+ hours into a game that hasn't officially launched :D
1 Likes, Who?

Quoting: Hal_KadoLol, next September? This will be the first time I've put 500+ hours into a game that hasn't officially launched :D

Nice time. I'm "just" approaching 100 hours. I still feel like I need to do some heavy learning. :D
0 Likes

Quoting: dreamer_Good. I am postponing the purchase, because I avoid "early access" games. When I'll have time to spend on this game, I want it to be polished and include all game mechanics. Looking forward to buying/playing it in a year :)

Perfectly understandable.
But I just want to point out that this game is more polished and has more content than most released games I've played lately, by quite a margin even.

IMO I find it quite weird that the game is still EA, as it should (IMO) have left it a long time ago.
1 Likes, Who?
While you're here, please consider supporting GamingOnLinux on: