Voxel Turf is such a unique gem that blends multiple types of games together. It allows you to run around in first-person, build a city and fight off gangs. A big surprise update just dropped too.

More work on performance went into this update, with the developer adding in "more intelligent entity culling". They say on average you should see an increase of 10% FPS in built-up busy areas which sounds good. They also did some map adjustments for bandits and dungeons not drawing unless you're in one and sun/moonlight shadows are not drawn while you are underground resulting in a big speedup in certain areas too.

The biggest changes though come in the form of new types of maps. Voxel Turf was previously a bit too green. Now though, they've added in Desert maps, Snow maps and Mesa biome maps which you can see below: 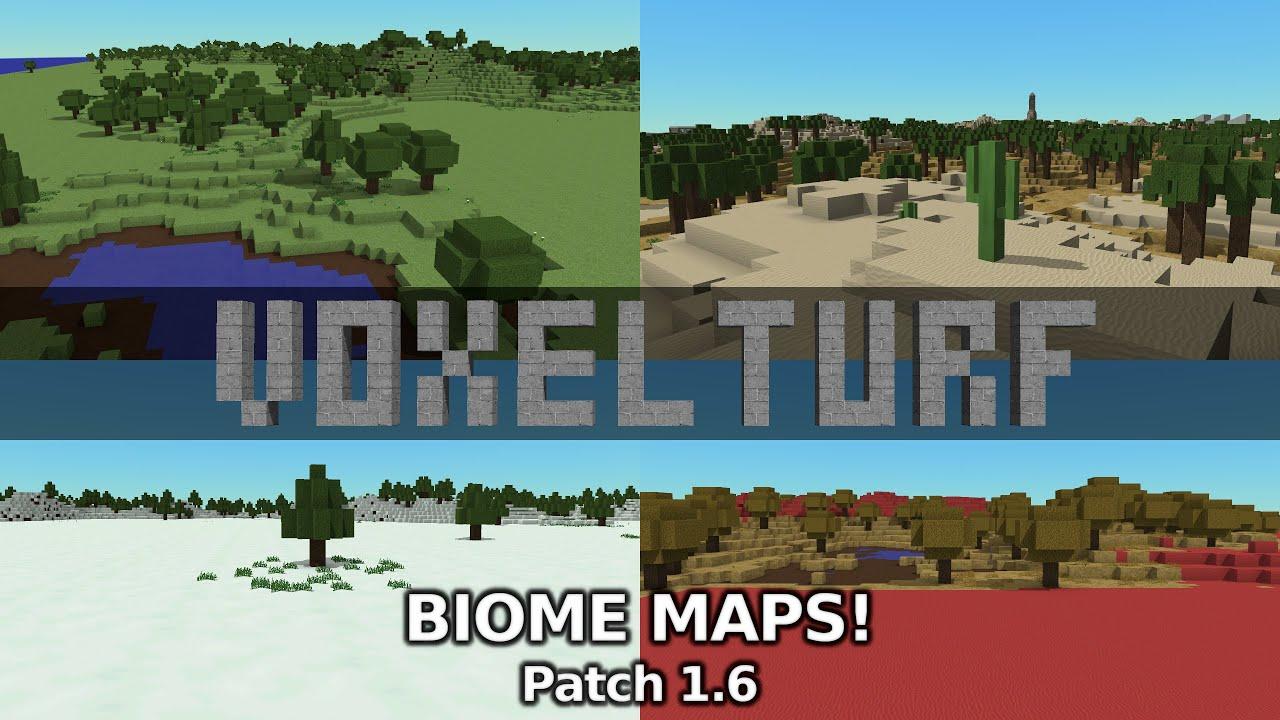 Some other cleaning up was done too. NPC animations should no longer lock up when you're running at a high frame rate, the map scrolling should also no longer lock up like that. New blocks also made it in like the Cactus plant for deserts, Yellow Tall grass for Mesa, Snow Blocks and Red Sand blocks and "the typical shapes you get with a block ensemble".

Lovely to see this one still continue.

Article taken from GamingOnLinux.com.
Tags: Action, City Builder, Indie Game, Sandbox, Simulation, Steam, Update
2 Likes, Who?
We do often include affiliate links to earn us some pennies. We are currently affiliated with GOG and Humble Store. See more here.
About the author - Liam Dawe

View PC info
This game is a gem. Played it about 2 years ago i think for the fist time, and replayed it this month, it bends genre, in a great way, and i love games that don't do the easy like-the-other-but different stuff.

It reminds me of Shores of Hazeron, a hugly MMOG with a extremely awesome concept i played years ago, with a much smaller scale of course.

View PC info
I also played it before (1-2 years) and it is quite impressive how much it has evolved since then.
0 Likes

Quoting: TcheyThis game is a gem. Played it about 2 years ago i think for the fist time, and replayed it this month, it bends genre, in a great way, and i love games that don't do the easy like-the-other-but different stuff.

It reminds me of Shores of Hazeron, a hugly MMOG with a extremely awesome concept i played years ago, with a much smaller scale of course.

I have never heard of that MMO before
Looks VERY crude in its design but the concept and expansiveness seem amazing.
1 Likes, Who?
Purple Library Guy 8 Oct, 2019
It's a sandbox. Why would it need biomes other than desert?
5 Likes, Who?

Quoting: Purple Library GuyIt's a sandbox. Why would it need biomes other than desert?

Uhm , dude, you might want to update your library under the comedy section :P
2 Likes, Who?
While you're here, please consider supporting GamingOnLinux on: