Godot Engine 3.2 is almost here with a first Release Candidate

Godot Engine, the quickly improving free and open source game engine is getting real close to a major release with the first Release Candidate now up for Godot 3.2.

What was suppose to be a reasonable small release, has grown into something rather large with a lot of new features coming in to help developers make their games. With thousands of code commits by hundreds of different developers to the point that they expect Godot 3.2 to be "much more mature than 3.1 in all aspects". 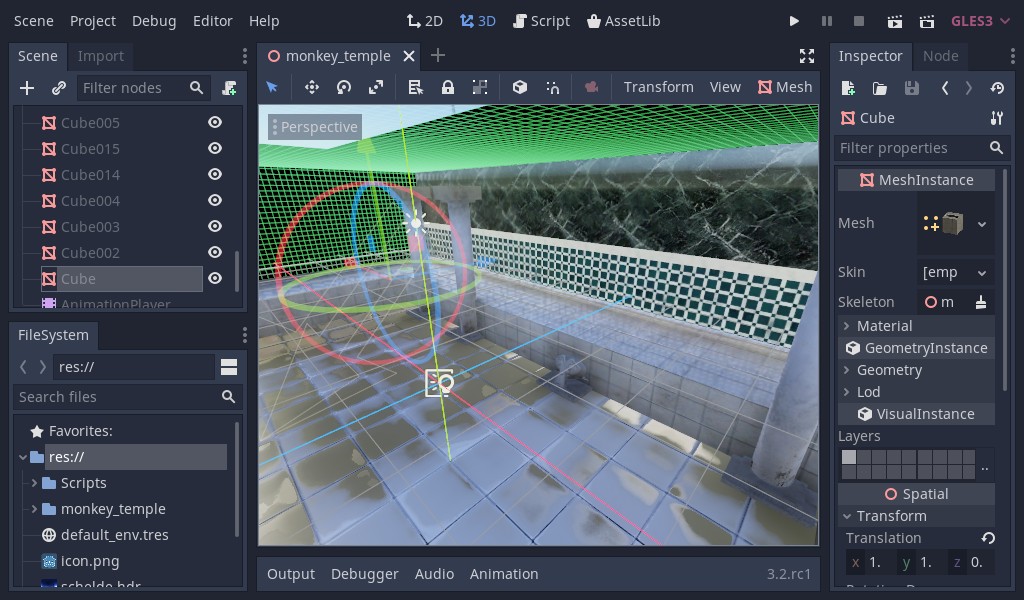 While they've now hit the Release Candidate stage meaning it's ready for wider testing, there's still over 100 bug reports open. Hopefully now there's less of a focus on features, that list can shorten quickly. The amount of new stuff in Godot 3.2 is pretty incredible, there's no official release notes yet but you can see this rough changelog.

There's also plenty of new examples, tutorials, templates and so on that have been added since Godot 3.1 like the Water Temple Demo shown in my shot above. Something else that's interesting is a new site called GotM, a free game hosting platform just for developers using Godot.

Article taken from GamingOnLinux.com.
Tags: Game Engine, Godot Engine, Open Source, Update
18 Likes, Who?
We do often include affiliate links to earn us some pennies. We are currently affiliated with GOG and Humble Store. See more here.
About the author - Liam Dawe

I am the owner of GamingOnLinux. After discovering Linux back in the days of Mandrake in 2003, I constantly came back to check on the progress of Linux until Ubuntu appeared on the scene and it helped me to really love it. You can reach me easily by emailing GamingOnLinux directly.
See more from me
Some you may have missed, popular articles from the last month:
The comments on this article are closed.
5 comments
acedogblast 17 Jan, 2020
Does this version require any code changes from v3.1?
0 Likes

Quoting: acedogblastDoes this version require any code changes from v3.1?

A priori no, but there are a few APIs where the backward compatibility was slightly broken, e.g. around Skeleton/Bone handling code.

Best way to find out is to give it a try, and if any method you used changed signature in a non-compatible way, you should get compilation errors which would be easy to fix. So "porting" from 3.1 to 3.2 should typically take between 0 and 20 minutes, unless you were heavily using something that changed significantly (like bone global pose override).
2 Likes, Who?

View PC info
I take it this is not the Vulkan release version?
0 Likes
fractilegames 18 Jan, 2020

Quoting: TheRiddickI take it this is not the Vulkan release version?

No, that will be 4.0.
0 Likes
While you're here, please consider supporting GamingOnLinux on: