I got shot in the head in Kindergarten 2 and helped a janitor declare war, it's out now

Kindergarten 2 from Con Man Games and SmashGames is a thoroughly odd game, one where Kindergarten is a very dangerous place. I'm not entirely sure what genre to put Kindergarten 2 under, it's a strange mix of comedy and puzzles and it's definitely not a game for kids. 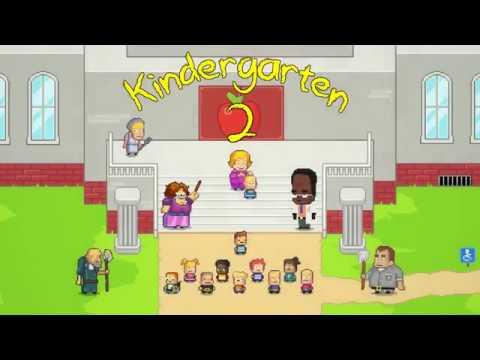 It's all about solving the needs of various characters, to progress in really weird ways. Serving as the sequel to 2017's Kindergarten, it sees you reliving Tuesday at your new school over and over again. This is certainly no normal school that's for sure…why did that kid have a knife? Why does the Science teacher have a gun? Lots of questions that you might eventually get an answer to.

There's some places where I genuinely laughed out loud, I'm talking about one of those unexpected laughs where the game catches you completely off-guard—like this: 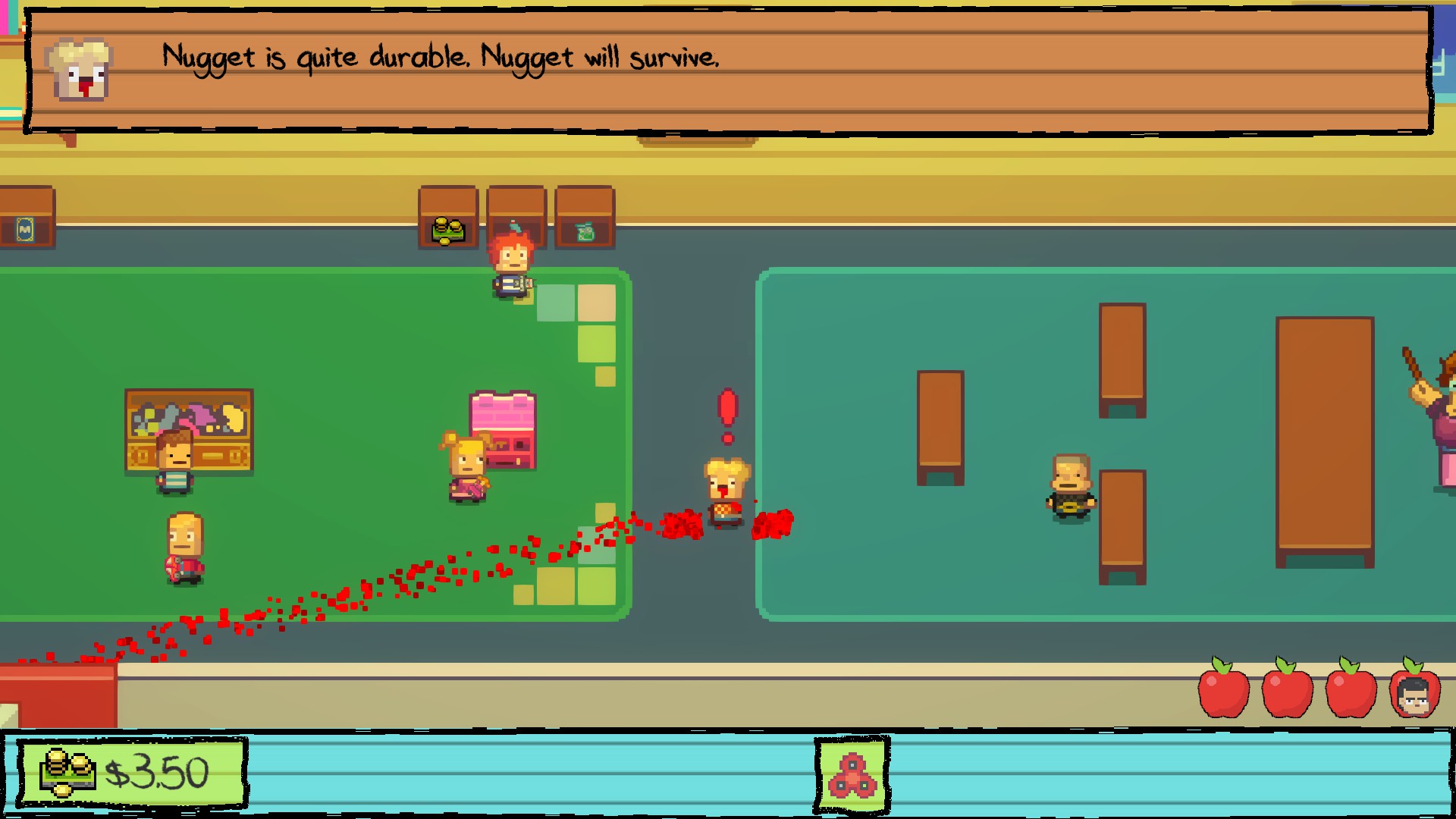 Does it get the GamingOnLinux stamp of approval? I think it's pretty good, but it does require some patience. Screwing up a part means some annoying back-tracking which was a little frustrating at times. An incredibly quirky game, with a pretty sick sense of humour that I'm glad I picked up. I died a lot.

You can find Kindergarten 2 on Steam.

Article taken from GamingOnLinux.com.
Tags: Comedy, Gore, Indie Game, New Release, Pixel Graphics, Puzzle, Steam
7 Likes, Who?
We do often include affiliate links to earn us some pennies. We are currently affiliated with GOG and Humble Store. See more here.
About the author - Liam Dawe

Quotewhy did that kid have a knife? Why does the Science teacher have a gun? Lots of questions that you might eventually get an answer to.

It's obviously an American school.
7 Likes, Who?

t3g 5 Aug, 2019
View PC info
Considering the recent shootings where Republicans are blaming games for them, this game released at a bad time and is in bad taste. Especially school shootings.
2 Likes, Who?

Quoting: t3gConsidering the recent shootings where Republicans are blaming games for them, this game released at a bad time and is in bad taste. Especially school shootings.

The game released before that happened FYI.

I also find it amazing that any politician can continue to blame games, despite there being no real evidence on that.
2 Likes, Who?

Quoting: t3gConsidering the recent shootings where Republicans are blaming games for them, this game released at a bad time and is in bad taste. Especially school shootings.

Not saying it isn't a vicious circle, but the causation is unclear in the other direction.
4 Likes, Who?

View PC info
the freely available guns for minors are the problem there. But the hell, it's their country lol...
0 Likes
While you're here, please consider supporting GamingOnLinux on: