This website makes use of cookies to enhance your browsing experience and provide additional functionality -> More info Deny Cookies - Allow Cookies
⨯ We're live now on Twitch!
⨯ Check out our Monthly Survey Page to see what our users are running.
Latest Comments by The_Aquabat
Changing your country on Steam has been made harder to battle VPNs
2 August 2020 at 2:19 pm UTC


QuoteHad they opted to use foreign call centers in India or the Philippines - like pretty much everyone else - I would not be able to get said job without relocating to another country... Thus, taking my job.


funny I worked for a call center (a very big company) that sells pc parts in the USA here in my third world country and never fell exploited. USA or western countries exploiting others it's just a stereotype, globalization is good and have brought progress to the world economy like never before, global poverty is record low. I'm not saying that explotation doesn't exist but when you account and balance globalization, the benefits surpass the negative stuff.


btw, as I said "Third World" is an outdated definition from the Cold War, per definition Ireland, Austria, Sweden, Finland, Switzerland and Yugoslavia, are "Third World". It's just as awkward as using "Axis" and "Allies" from the 2nd world war to categorise countries. The Berlin Wall has fallen it's ridiculous to still use that definition.
View this comment - View article - View full comments
Changing your country on Steam has been made harder to battle VPNs
2 August 2020 at 8:38 am UTC

you sound you would agree with our politicians current stuff, they mention "import substitution" like in every sentence. Meanwhile electronics and pc parts are the most expensive in the world. (according to the Ipad Index

man I agree with your overall idea....workers rights are important, but you don't understand the situation here, Union leaders are so corrupt that they make Jimmy Hoffa look as an amateur.

For example union truck drivers sabotage train railroads, it's a disaster. Statal union airline workers sabotage other cheaper alternatives and in turn makes all of us air transport more expensive.

they sabotaged, what would be the analog local Jeff Bezos, but guess what ? salary was not the problem the problem is that company workers decided to create their own union, everything is a mess.

Justice can't touch them, they are above law, they have so much power that they are as bad as monopolies imho, if they want they can overthrow a government.
View this comment - View article - View full comments
Changing your country on Steam has been made harder to battle VPNs
2 August 2020 at 8:22 am UTC

I guess most of the comments miss the point here, the reddit thread instead is very clear. The problem here is the price increment out of nowhere from one day to another. And this concerns everyone in every country because there is nothing from stopping the devs from implementing that practices everywhere.
How much the game costs in different countries is not important, because you have to take several stuff into consideration to draw a good conclusion like Purchase Power parity and GNI index and other stuff that gets too technical.
View this comment - View article - View full comments
Changing your country on Steam has been made harder to battle VPNs
2 August 2020 at 1:13 am UTC

I guess my point is that we are just another average country, according to that statistics some years even better than Poland, which for me it's just another average country. We are not a poor country by definition. We just use another random currency which in comparison is worth little to the USD dollar, just things cost different, that's what currencies are for basically. That's the standard definition, but ofc there's lots of poverty, but that doesn't make you a poor country in economics standard categorization.

The regional pricing is very recent, 3 years ago we were buying in usd dollars, like everyone, that's proves my point, we are just passing a huge economic and debt crisis since 2 years ago.
View this comment - View article - View full comments
Changing your country on Steam has been made harder to battle VPNs
1 August 2020 at 9:58 pm UTC


Quoting: F.UltraWhat is the source though? Wikipedia uses the IMF estimates for 2019 so hardly "outdated" since that would be the very latest available data possible.

Completely off topic though since this is not a thread about the Economic siltation in Argentina (a topic that you for some reason brought to this thread).


it's data from the world bank here it's more updated.

yes I know it is not the topic but if you follow up the linked thread to ResetEra there's some mentioning that, I'm sorry I went off topic.
View this comment - View article - View full comments
Changing your country on Steam has been made harder to battle VPNs
1 August 2020 at 9:31 pm UTC


Quoting: F.Ultraedit: And btw Argentinas GDP per capita is 62% of that of Poland and 255% of that of Ukraine so not sure where "GDP per capita is comparable to some eastern european countries like Ukranie, or Poland" is sourced from. And Argentina have 4 times the population of the highest populated Scandinavian country (Sweden).

I used the Wikipedia numbers for reference. 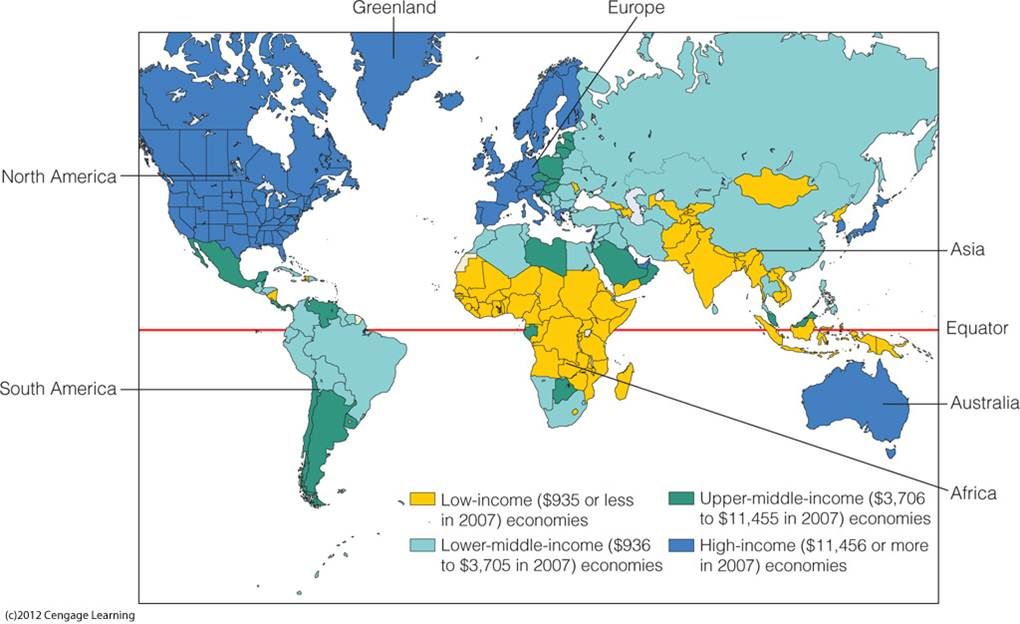 that's outdated, now we are probably a middle-middle income not high-middle income, we have some fluctuations here. in economics the pandemia has been catastrophic here, more than the average.
but to be fair for statistical measaruments, the categorization of income, is very broad in the same category you could have very big differences.
View this comment - View article - View full comments
Changing your country on Steam has been made harder to battle VPNs
1 August 2020 at 8:22 pm UTC

wwwow I'm surprised how many people have a stereotype of third world countries, many here think that they are like a slum dumpster. Third world is a Cold War definition you should update your definitions, here for example, GDP is comparable to a Scandinavian country (but yeah with double population) and GDP per capita is comparable to some eastern european countries like Ukranie, or Poland. We are not even a low income country considering statistics just a middle income. I'm not saying there is no poverty which there is but the mayority of my country is quite nice. Sad that you have that picture of some countries. I hope that stereotype don't stick and maybe you should come to take a tour

. It's just that cost of living is quite a less here even for the CIA factbook Argentina is ranked quite good in therms of Purchase Power Parity.

but likewise I guess it's understandable, I'm totally ignorant of countries like Estonia, Latvia, Lithuanie, Hungary, lots of countries for me are like "exotic", I guess Argentina is likewise exotic for some people in Europe or North America.
View this comment - View article - View full comments
Changing your country on Steam has been made harder to battle VPNs
31 July 2020 at 3:53 pm UTC


Quoting: ShmerlDo they charge foreigners more when they come to a physical store in another country? If they do, that would be considered some weird discrimination.

you could argue that they do, because if you pay with your credit card from a different country from the physical store, taxes might be different.
and ofc there is some countries that charge Tourist Taxes, mine being one, but pretty sure that in Europe some countries do that as well. Like if you take a tourist visit to some place, they will charge locals less.
View this comment - View article - View full comments
Changing your country on Steam has been made harder to battle VPNs
31 July 2020 at 12:47 pm UTC

Quoting: LinasTo be honest, it has always escaped me how games in e.g. Russia cost like 10% of what we pay in the EU. I mean, I do get that purchasing power and salaries are very different, but we are talking about digital goods. It takes whatever amount of money it takes to make a game, in whatever country is was made. It's not like the prices in Russia are lower because it is somehow cheaper to distribute them in Russia. Somehow feels arbitrary and fake in the global economy.

also there's the fact that if there's enough demand you could do "free dumping" once the costs of the original production of the game is covered that's why I think after 2-3 years games costs goes down like even like 90% off. Production costs being covered then it's all profits.
View this comment - View article - View full comments
Changing your country on Steam has been made harder to battle VPNs
31 July 2020 at 12:08 pm UTC


Quoting: LinasSomehow feels arbitrary and fake in the global economy.

well you could argue that world economy is rigged and this pandemia has shown the worst of it with oil prices falling down like never before, the price was really arbitrary all the way.
View this comment - View article - View full comments
1/53»
Sales
Visit sales page
Livestreams & Videos
Community Livestreams
See all, there's 4!
Popular this week
Search or view by category
Contact
Latest Comments
Latest Forum Posts
Misc