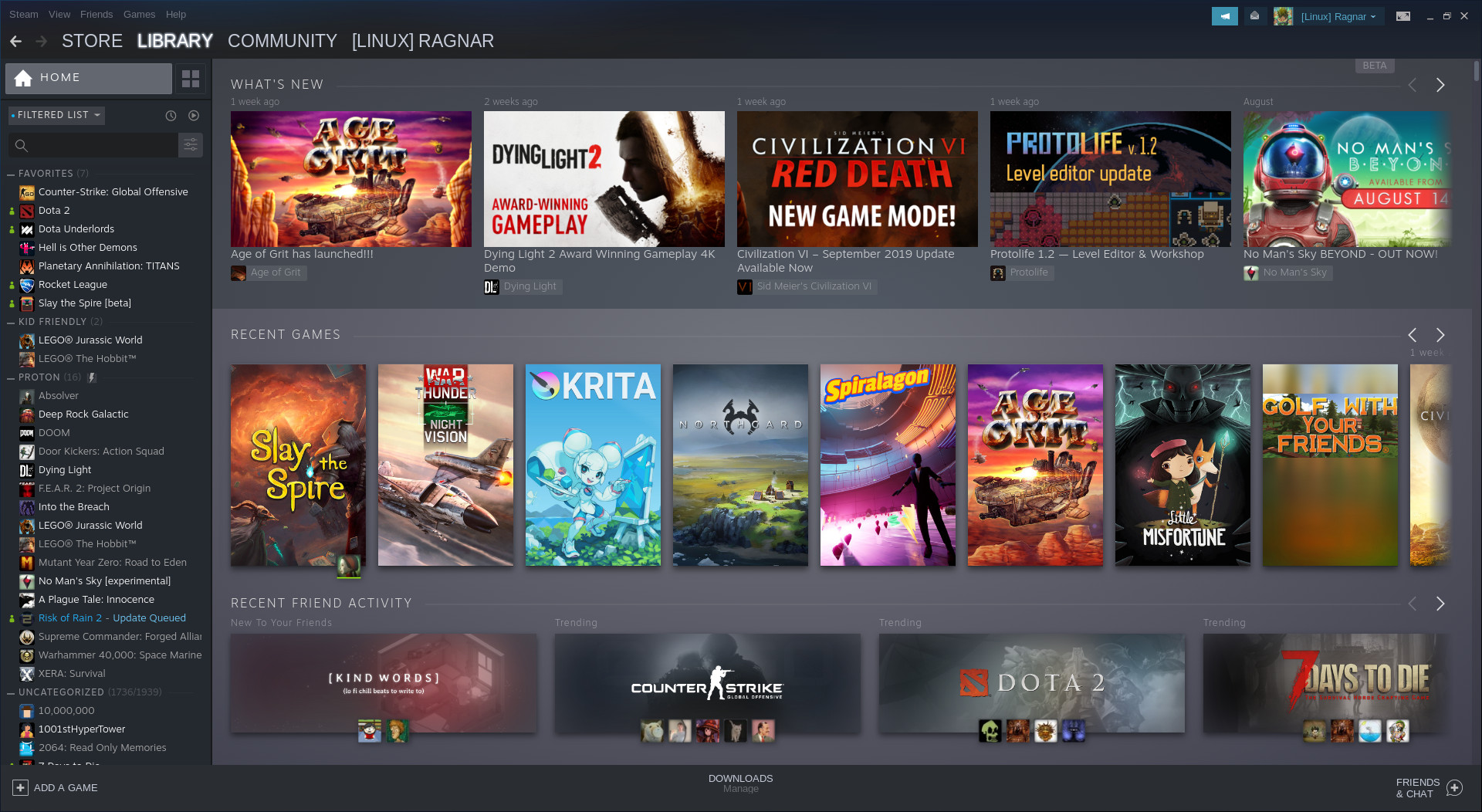 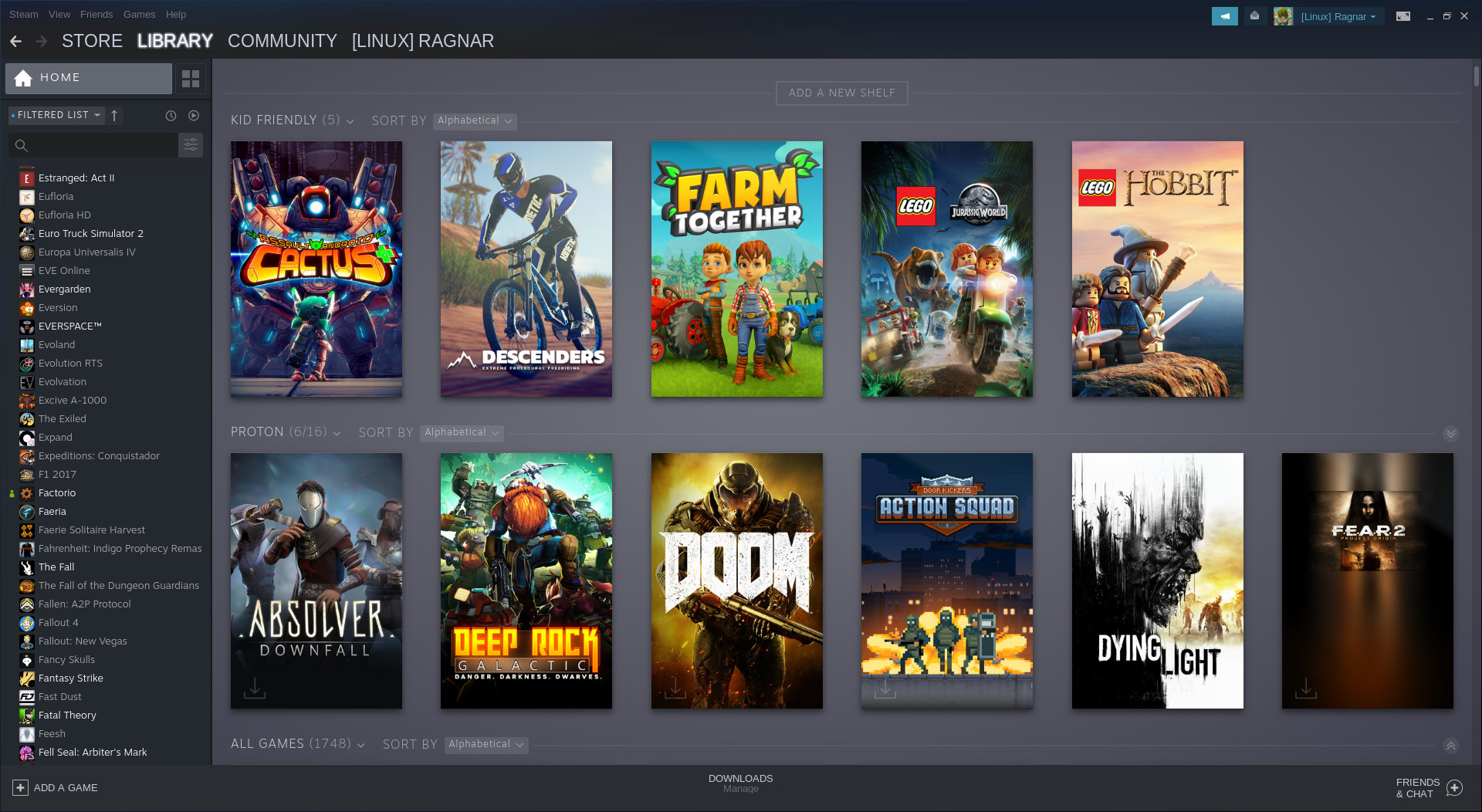 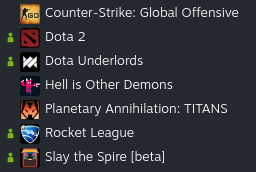 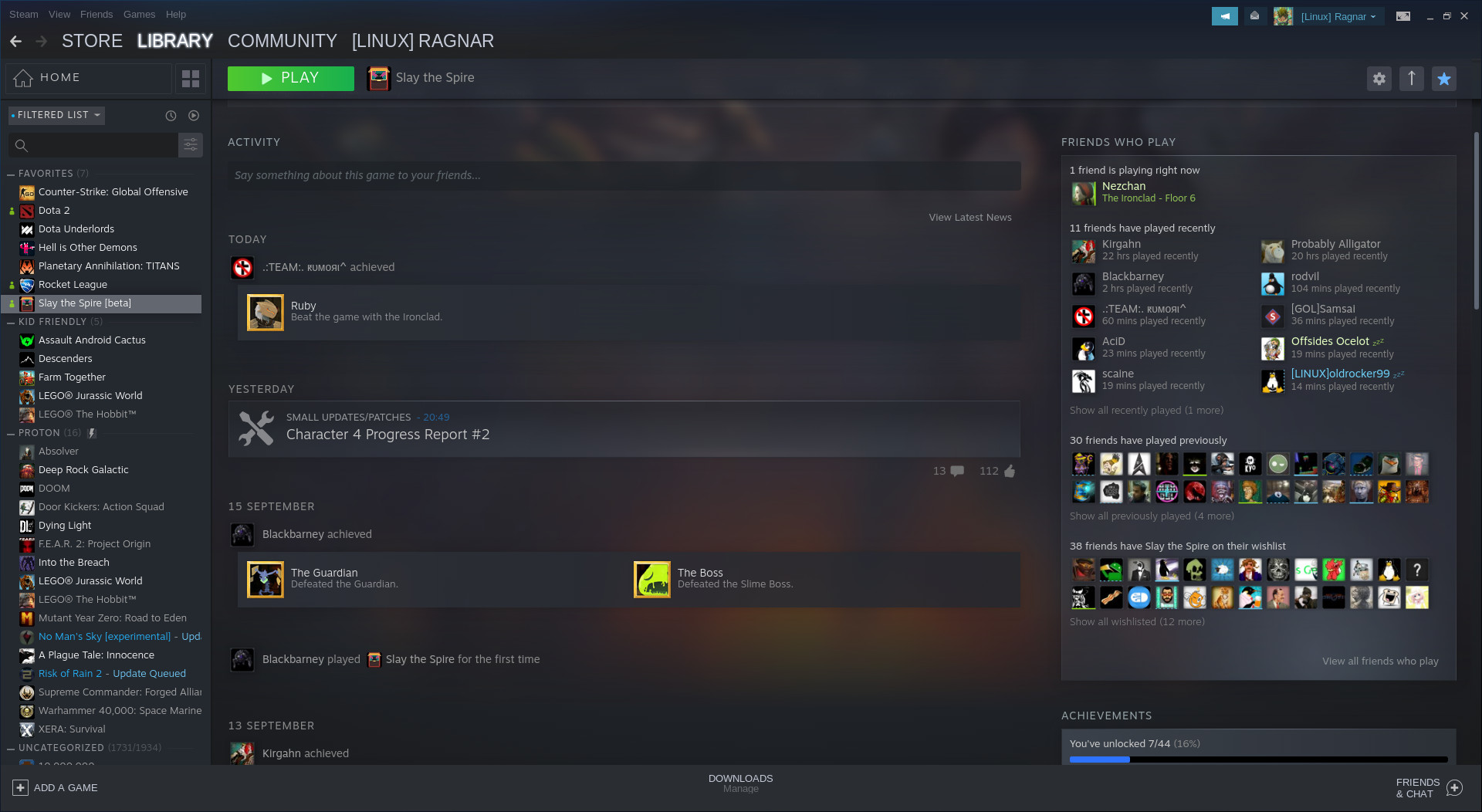 About the author - Liam Dawe
I am the owner of GamingOnLinux. After discovering Linux back in the days of Mandrake in 2003, I constantly came back to check on the progress of Linux until Ubuntu appeared on the scene and it helped me to really love it. You can reach me easily by emailing GamingOnLinux directly and find me on Mastodon.
See more from me
Some you may have missed, popular articles from the last month:
The comments on this article are closed.
37 comments
Page: 1/4»

View PC info
on first glance, i quite like it.
only "downside" i noticed right now is that the contrast between installed/not installed games is not as clear as before.
1 Likes, Who?
Spirimint 17 Sep, 2019
Wow. I like it :)
1 Likes, Who?

Quoting: Termyonly "downside" i noticed right now is that the contrast between installed/not installed games is not as clear as before.

I hope they fix this! Because my normal mode of playing Steam games is now streaming games from my Linux desktop computer to my several years old Linux netbook (works great for strategy and RPG games) - so I was relieved to read about the "slow performance" option for my netbook.
0 Likes
tkonicz 17 Sep, 2019
so far, it looks terrible, many configurations options seems to be gone. Is there a way to make the game icons smaller in the library-view? They are way to big in my opinion (I have more than 1100 games). I could display 49 games in my steamwindow at once, now this are just 18. There are no options to display just local games (now it is local and streamable games). The filter options are nice, but they are taking features and configurations away.

Quoting: tkoniczso far, it looks terrible, many configurations options seems to be gone. Is there a way to make the game icons smaller in the library-view? They are way to big in my opinion (I have more than 1100 games). I could display 49 games in my steamwindow at once, now this are just 18. There are no options to display just local games (now it is local and streamable games). The filter options are nice, but they are taking features and configurations away.