Attentat 1942, a 'historically-accurate' World War 2 adventure is now on Linux

Attentat 1942 from Charles Games is a World War 2 adventure with an aim to be historically-accurate and give it a different face to what you might expect.

It's a multiple award-winning title too, so great to see it on Linux. Told through the eyes of survivors it's a story of love, friendship and heroism among the horrors of a world conflict. Confront witnesses, experience the everyday life under Nazi rule and uncover the fate of your family in this award-winning game about World War II.

From what the developer told me, they "tried to do something different with the topic that is arguably ubiquitous, showing a humane side to the world conflict and involving professional historians in writing". Check out the original trailer below: 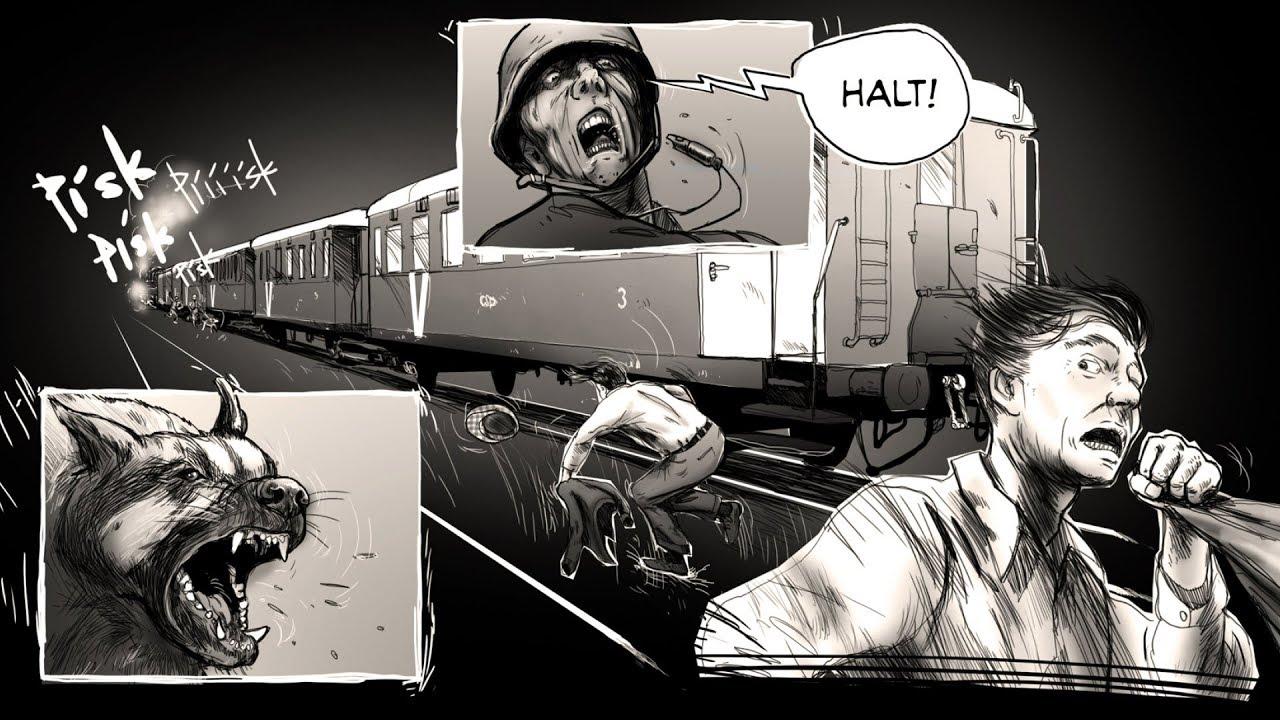 Somewhat brutal and true to the setting of course, not even taking a moment to ease you into it. Starting off with some historical footage and (perhaps for some) a little learning, it jumps right into talking about an assassinated Nazi commander and the brutal follow-up retaliation and then you're transitioned into a menu to get ready to play. At least it sets you up well for what's to follow.

Keep in mind that while it uses real history and what it talks about happened, the actual characters in the game are fictional. It's very cleverly done, mixing FMV characters with choices that then blend into a partly-animated comic strip and there's also historical documents you can read as you progress.

If you like your history then Attentat 1942 seems like a game you absolutely need to play. The Linux version also works beautifully.

Pick up a copy of Attentat 1942 on Humble Store (on sale) and Steam.

Actually, I think it's a great moment to release something like this considering the political situation. Also purchased it ^^

In the case of WW II that's a better thing than usual.
It's not really true though. The first draft is written by the winners. Get a bit deeper in time and you get a bunch of historians who don't give a damn about either side, digging through all kinds of sources to get a broader perspective. Right now WW II is somewhere partway into the process. And as that process moves forward, scholars have pointed out a bunch of the winners' atrocities, but they're all remaining in unusual agreement about just how revolting the losers were.

Making this comment on this article in particular? Certainly an interesting choice.

If someone is willing to consume some more winners' history, this game seems to be covering Operation Anthropoid, the assassination attempt of Reinhard Heydrich, which is worthwhile to read about. There's also a movie made about said operation called "The Man with the Iron Heart".


Last edited by Samsai on 17 June 2020 at 10:50 pm UTC
3 Likes, Who?
Purple Library Guy 17 Jun, 2020
In some countries, collaborators were even worse than the Nazis themselves. Consider that group of Croatians who worshipped Hitler's mustache and so called themselves the "Mustashi" . . .
What? They didn't? Then why the name . . . Oooohhhh, "Ustashi". Well, anyway, those guys were horrible.
1 Likes, Who?

View PC info
To me the thing that sucks the most is the civilians end up suffering the most.
From those killed in reprials like Samsai's operation Anthropoid points out to the reverse when germans were expelled from the Czech republic with vigillantee military squads killed thousands.
Regardless who writes history , the common person seems to suffer it the most. :(
1 Likes, Who?