What can only be described as pure programmer sorcery, the emulator 3dSen PC is out now and breaths new life into many classic NES games and it's brilliant.

Supporting a growing list of both commercial and homebrew NES titles, 3dSen PC converts these 2D games into real-time 3D allowing you to get an entirely new perspective. They still play and act like the originals but this new viewpoint is completely mad. With added features like Steam Input support, Save State, Dynamic Skyboxes and more it's certainly worth a go. 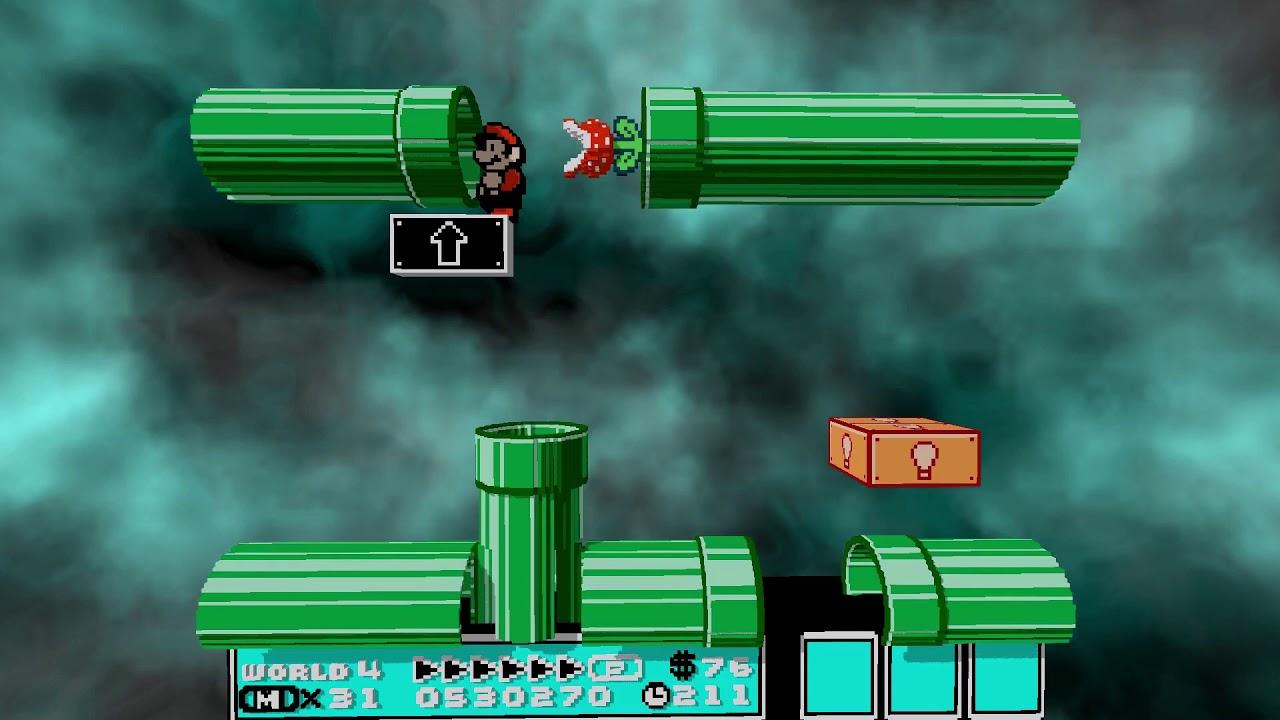 I was participating in the previous Open Beta and it was a fascinating experience. I often found myself just twirling the camera around admiring how ridiculous an idea it really is. Rotate it around, tilt it and see just how genuine it is. There's no way you get the full appreciation from a trailer or screenshots, you have to experience it as this is a whole new level of emulation.

Currently in Early Access so they can build up the list of supported titles, since it needs tweaks to support each one. It already supports around 70 titles including big hitters like Legend of Zelda, DonkeyKong, Contra, Mario Bros, Mega Man and so on.

Allowing emulators like this onto Steam also highlights how Valve as a company and Steam as a store continues to tweak and change the rules. Previously, Valve had quite a hard stance on it. In fact, even going by their own guidelines for "Discussions, Reviews, and User Generated Content" one of the topics completely forbidden are "Console emulators" which is even listed under a Piracy heading. Given that, it's certainly interesting that they allow this and the upcoming launch of RetroArch onto Steam. So developers can launch and sell them, you can buy them but you can't chat about what you do with them—somewhat amusing don't you think?

You can find 3dSen PC on Steam.

View PC info
Grab it today for a lousy tenner, with 10% off as a launch discount! Almost too cheap!

Upcoming features include commandline support so GUI frontends/launchers can be used.
Feel free to drop by the 3dSen Discord :)

Also coming soon, the standalone free 3dSen-Maker which allows the creation and editing of profiles so any NES game can be played with 3D effects.
7 Likes, Who?
Desum 20 Jun, 2020

Neat gimmick, but I can't get behind proprietary emulators. I'm not even a Stallmanist, but the point of emulation is preservation. Having your emulator be closed sauce runs counter to that.
2 Likes, Who?

Why? This emulator does all sorts of things, but it does definitely not "preserve".
7 Likes, Who?

[email protected] 20 Jun, 2020
View PC info
You know what would be awesome? Porting this to the mini NES Classic.
0 Likes

mos 20 Jun, 2020
View PC info
Console and classic in one sentence? No way.
Shadowrun the only one that comes to mind. No need for a 3d-fier for that one tho.
0 Likes

Quote3DNes_Engine
A solution to convert NES game into 3D. The 3dification process is completely separated from the emulation one. It has some NES specific details here and there but the concept and algorithm are abstracted enough to be applied to any tile-based and palette-based console system.

From an ideology point of view, this is less an emulator and more just a cool thing to do with classic games. We have plenty of "more" open source emulators doing the preservation work. This one doing something different is okay with me. I paid for this because it is very cool tech that I'd like to support.

I can also easily imagine Nintendo/Microsoft/Sony implementing a technology like this and monetizing the hell out of it; probably making it console-exclusive, and maybe even removing the ability to play the original version of the game in the process. No thanks! Much better an indy developer do this and make a little money distributing it more fairly, while we still have the option of playing the original just as easily.
1 Likes, Who?
Desum 21 Jun, 2020

Yes it does. But with a 3D gimmick.
0 Likes
While you're here, please consider supporting GamingOnLinux on: