Syndicate and Ultima Underworld return to GOG, get them free until September 3

Love your classics? I sure do! Ultima Underworld 1 & 2 plus Syndicate Plus and Syndicate Wars have returned to GOG and you can get a copy of each free.

It's a little odd because EA originally requested their removal back in June, when GOG announced they were being delisted at the "publisher's request". It was probable that EA wanted to pull back more of their own stuff from GOG onto just Origin, with the games already available there.

About the games comes back to GOG, EA said: "Syndicate and Ultima Underworld are back! It seems that twenty years on there’s still plenty of love for these titles so we’re pleased to confirm that effective immediately they’ll be available again on GOG, and we’ll be keeping them in the store for the foreseeable future. To celebrate this we’re offering these games as a free download for four weeks." 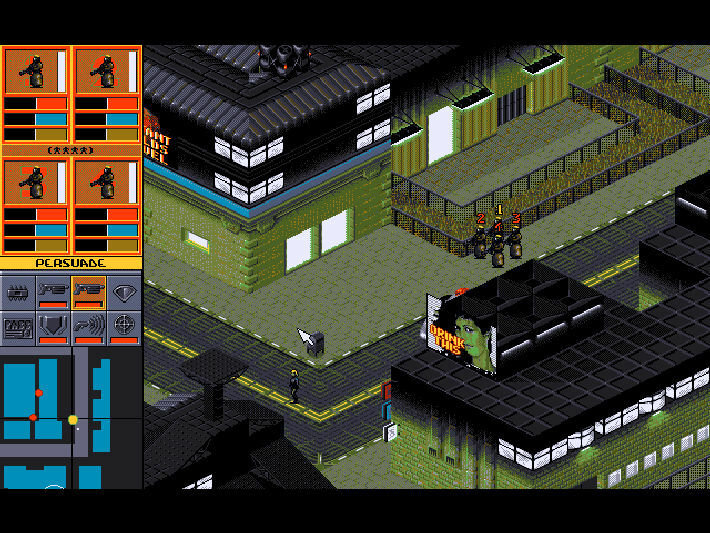 Did you buy them before? Apparently, according to some GOG user comments, there's a refund link in your GOG order history so that's quite nice too, although GOG did not officially announce this.

All of them can be run with DOSBox, so playing them on Linux gives you just as good an experience as you're likely to see on Windows.

Find them all here on GOG. You have until September 3 to claim them.

We do often include affiliate links to earn us some pennies. We are currently affiliated with GOG and Humble Store. See more here.
About the author - Liam Dawe
I am the owner of GamingOnLinux. After discovering Linux back in the days of Mandrake in 2003, I constantly came back to check on the progress of Linux until Ubuntu appeared on the scene and it helped me to really love it. You can reach me easily by emailing GamingOnLinux directly.
See more from me
Some you may have missed, popular articles from the last month:
5 comments
Lofty 10 Aug, 2021

whatever 10 Aug, 2021
View PC info
UW1, UW2 and Syndicate are undisputed masterpieces.
The history of PC gaming.
These games should be taught in school along with the Iliad and the Odyssey.
0 Likes

I doubt I'll play them anytime soon, but the checkout link had all the titles selected and it was two clicks to claim it, so no one should pass it up. Good work! :)
0 Likes

View PC info
I already had UW1 and 2 as a gift for some Kickstarter campaign or other, and I also have the Amiga version of Syndicate. So I think I'm set, but nice anyway!

That said, I'll take Ultima VII any time over Underworld. As revolutionary as latter might have been back then, I somehow never really got into it. Maybe it would have been different had it been a fresh IP. But to me it always felt tacked on to the Ultima franchise, at a time when that had finally started to get a bit more coherent. (But why should things have been different 30 years back: if there's something that sells, just stick its name everywhere!)
0 Likes

grumpytoad 10 Aug, 2021
View PC info
UW1 is the only ultima game I finished, took multiple retries... the puzzles near the end were fiendish. I still have them imprinted into my brain 30 years later... I guess Ultima VII probably aged a bit better though.
0 Likes
While you're here, please consider supporting GamingOnLinux on: