Another native Linux build arrives. This time we have Encased: A Sci-Fi Post-Apocalyptic RPG from Dark Crystal Games. Not only have they released it for Linux, they've also now hooked up gamepad support and so it should end up working quite nicely on the Steam Deck.

"A tactical sci-fi RPG set in a dystopian environment allowing you to fight enemies, explore the hostile wasteland, level up your character and join one of the factions – made up of survivors - in the shattered world and cut off from the rest of society.

Enrolling in one of the five wings of the CRONUS Corporation - each with its own features, mechanics and game options - and embark on a one way trip inside the Dome in the quest for unique artifacts as you avoid radiation, anomalies and a whole host of creatures out to do you harm." 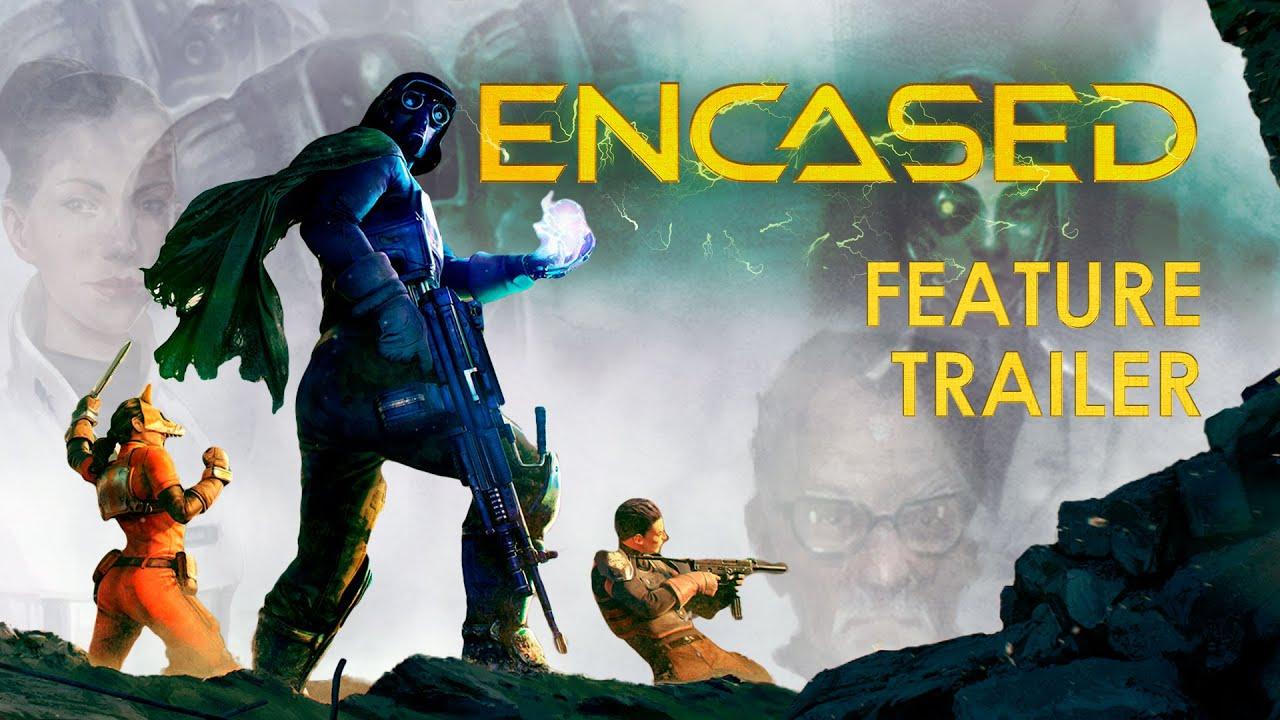 Writing about the update the developer said:

We have long promised to add gamepad support to the game and spent a lot of time and effort on its implementation. Additional options have been added along with the gamepad and now you can adjust the font size - or enable high contrast mode – which will make the game more accessible to play on a large monitor or TV. Or, for that matter, on a small Steam Deck display.

We also released a Linux version of the game and fixed a lot of bugs, errors and polished some minor rough edges – the fixes were so numerous that we decided not to make a list at all this time. Believe us, you will still see enough of them, because we do not plan to abandon Encased, and in the near future a lot of new and interesting things await you.

This was a crowdfunded title, so it's nice to tick another off from our big list.

Available to buy from Humble Store and Steam. GOG does have a Linux build too they just don't say so.

View PC info
I see a valuable knock-on effect of the Steam Deck. A lot of games will be fixed for a more console-like experience. Click and play, less reliance on launchers, gamepad support, UI etc. The advantage here is that if/when Valve ever decide to do a big-person SteamOS console, a lot of the work is done already.

They do need to make a success of this thing though, and particularly SteamOS. Microsoft likely do not see the Deck as a threat because they are not competing with it, but if Valve ever decide to do another run of Steam Machines that runs almost everything on Steam without Windows, then Microsoft might get a bit uneasy and who knows how they will respond.

Anyway, these types of corporate moves are often not about market dominance, but more about making sure you have a big enough gun pointed at the competition at all times, in case they ever become a threat. Valve says it's a "hedging strategy". I call it a Mexican standoff.
4 Likes, Who?
shawnsterp 11 Feb
Getting pretty good reviews on steam. A lot of people mention there are multiple ways to get through quests / obstacles, so it doesn't just have to be a slugfest if you want. I never played the fallout games, of which this seems an obvious comparison. I'll probably get it. Thanks Liam.
2 Likes, Who?

Quoting: Liam DaweCurrently GOG does not have a Linux build.

Well, in fact, GOG does have a Linux build (and I can confirm personally, the installer is up-to-date and not dead). It is just that GOG, being GOG, failed to add the Linux logo. Again.

Quoting: Alm888It is just that GOG, being GOG, failed to add the Linux logo. Again.

Quoting: Liam DaweCurrently GOG does not have a Linux build.

Well, in fact, GOG does have a Linux build (and I can confirm personally, the installer is up-to-date and not dead). It is just that GOG, being GOG, failed to add the Linux logo. Again.

Yeah that kind of thing is boring as hell... And the contrary exists too! Some games have the Tux icon but doesn't have a Linux version!