Factorio is one game that I've yet to try on my Steam Deck but it sounds like it's not ideal right now. Thankfully
Wube Software LTD. are working on it.

The problem, like for a lot of similar such games, is that they were designed primarily for mouse and keyboard. To get them working nicely on a Steam Deck, they need you to make a Steam Input configuration which takes time and even then the experience might still not be ideal. Valve actually sent Wube a Steam Deck so they're working on making it play better. 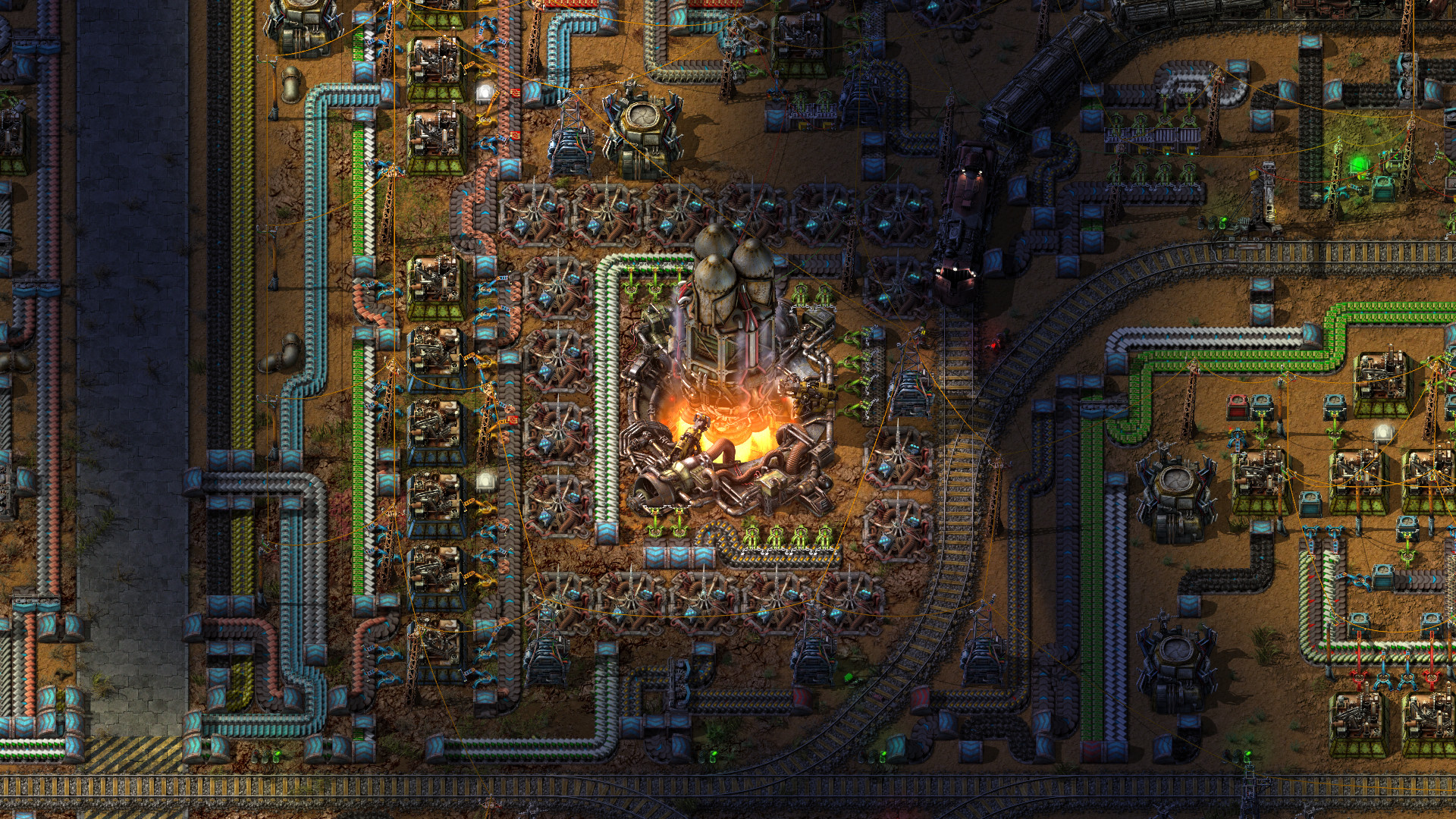 Currently they're working on bringing over proper controller support to Factorio! That will benefit everyone of course and many more games are doing (or have done already) the same. However, their upcoming expansion is still the priority. For now, they're planning some UI fixes and improvements for the Deck, as it's below the minimum resolution Factorio currently needs.

They did mention a few quick points for now though:

Once they make some improvements, we'll be sure to let you know.

View PC info
You can also buy the game on their own website, and I think it’s worth mentioning it.
3 Likes, Who?

Quoting: BreizhYou can also buy the game on their own website, and I think it’s worth mentioning it.

Shh I really wouldn't support these devs.
A primary dev went on an absolutely insane rant about """"cancel culture"""" last year in June. I'd let valve have they're cut bare minimum.
0 Likes

denyasis 1 Mar
View PC info
Really good game, lots of fun. I do kinda wonder how it would do with the smaller screen.

It worked be a fun one while
To play while waiting on the bus/sub/train... Until you get too into the game and realized your missed your ride, lol.
0 Likes

Quoting: TrainDocShh I really wouldn't support these devs.
A primary dev went on an absolutely insane rant about """"cancel culture"""" last year in June. I'd let valve have they're cut bare minimum.

I think that you're throwing the baby out with the bathwater.

I support Wube for developing Factorio and maintaining it, not for the questionable ideas of its members. By the way, I don't agree with the opinions that caused the shitstorm, but I do agree with some of the arguments that came up afterwards.

I'm certainly not here to rehash the debate, and today here's the good points I take away from Wube:
- it's an independent studio funded primarily by gamers
- they allow you to buy the game without DRM outside of any platform, and the authentication management is done by them, not a third party (but there is Steam integration, it's just optional, and it's extremely well managed. You can even play in multiplayer without any auth server, so even if Wube servers are down, you can still play with your friends).
- buying the game on Steam allows you to get the game from the site and vice versa without any extra cost
- the game is optimized like no other game does nowadays, or almost. It literally runs on a potato. They pay a lot of attention to the feedback from the community, and are very attentive to the gameplay, with very thorough testing (mainly by the requirement of the main devs when they play it themselves).

Moreover, even this "scandal" calmed down quite quickly, and did not have more impact than that, they (them and the community), succeeded to limit the damage, compared to many others.

So, honestly, even if you can blame one of the main devs for some flawed ideas (on subjects that have nothing to do with the company and the game on top of that), I would like to see the above points much more widespread among other studios. And for that alone, I find it worth to support them.

…without mentioning that the game is absolutely great and that I’ve spend hundreds of hours on it. Or that I don’t think that Wube have to be the main target in all the bad companies in the gaming world.

Well, it figuratively runs on a potato.
2 Likes, Who?
While you're here, please consider supporting GamingOnLinux on: