Ludeon Studios have updated RimWorld, tweaking lots of areas to improve their support of the Steam Deck. Available previously as a Beta that included some of the changes, it's now available to all players.

The original developer who was working on Steam Deck support was sadly caught up in the Russian invasion of Ukraine, with Ludeon Studios mentioning they are now safe.

There's quite a lot of changes involved to improve the controls for the Steam Deck and just generally make it work a little better. The gist of the update is that it makes "the Deck controls more intuitive, refines the touchscreen interface, improves the UI and keyboard, and adds an easy way to access the Deck's controller config options".

For those who want to see, here's all those that directly affected Steam Deck and Linux:

Interestingly, Valve announced previously in early March they would allow developers to add a note to their compatibility rating, and this is the first time I actually saw it in action for RimWorld. This linked to Ludeon Studios' previous blog post about upcoming improvements.

Perhaps now it will see a bump up to Verified status. It will also be interesting to see if they reverify against the Native build, as previously it was rated with Proton.

You can see a previous quick-look I did below: 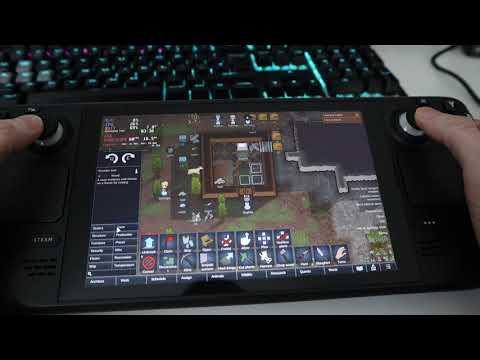