Rocket Bot Royale is a brand new release from developer Winterpixel Games that seems to be what you get if you took Worms, turned it into a Battle Royale and turned everyone into a tank.

It's ridiculously frantic. With both solo and group play, everyone starts off in the helicopter that flies into that map and then just like other BR games, you get to pick where you pop out. Quite hilarious actually and really fast-paced, so games don't last particularly long so it's a great coffee-break game too. Your tanks can climb up walls, rocket-jump and more. It's last tank standing, with a map that gradually gets smaller due to rising water levels. 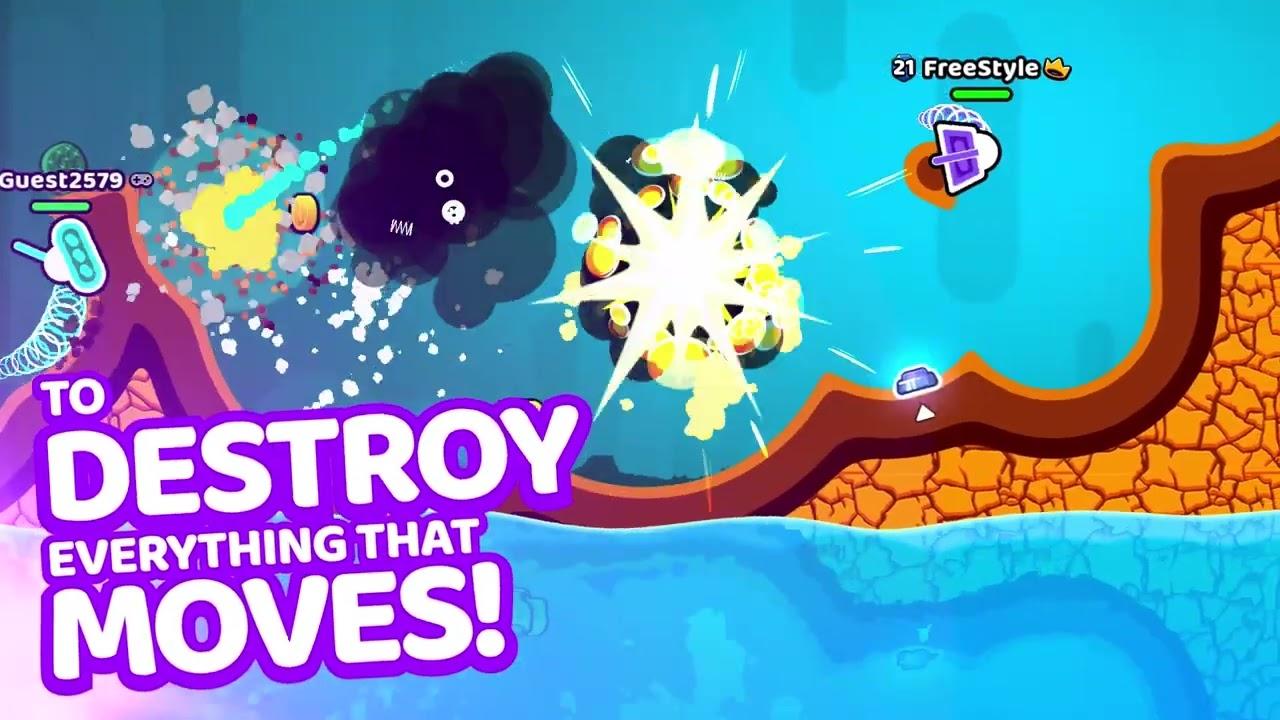 Even better — it's free to play. There are some micro-transactions but so far it hasn't put them in my face or bothered me at all. I'm not a fan of how you can use coins (which you earn as you play) to power up before a match, which feels a little unfair but I've still managed to take down plenty of others without touching any extras. People who spend real money can get an advantage that way, but since you earn in-game anyway (and reasonably quickly too), it's not the worst I've seen.

The key point is that the game is a lot of fun and worth a look.

Available on Steam and works great on a Steam Deck too.

M@GOid 22 Apr
View PC info
I started in this type of game not by playing Worms, but a old opensource game called Atomic Tanks, available in your favorite distro repositories. It is a nice distraction when you are bored at work and card games don't give you any kick.
0 Likes
While you're here, please consider supporting GamingOnLinux on: