Backer build 2 of Phoenix Point [Official Site] is now out with new units, new maps and I took another early look for you.

For those not familiar and didn't read anything previous on it, it's a game being developed by Snapshot Games, which includes Julian Gollop, the designer of the original X-COM series.

This build includes the Technician class, which comes with a brutal melee attack using mechanical arms, which can also be used to heal other characters and repair damaged limbs. They also have a deployable turret making them incredibly versatile, in addition to having their own assault rifle and grenades.

It also brings in the Armadillo, the first drivable vehicle you can use. It has a lot of health, it can drive through junk making it extremely useful, although it can't reach all areas due to the size.

Here's how a recent mission went in the new build… 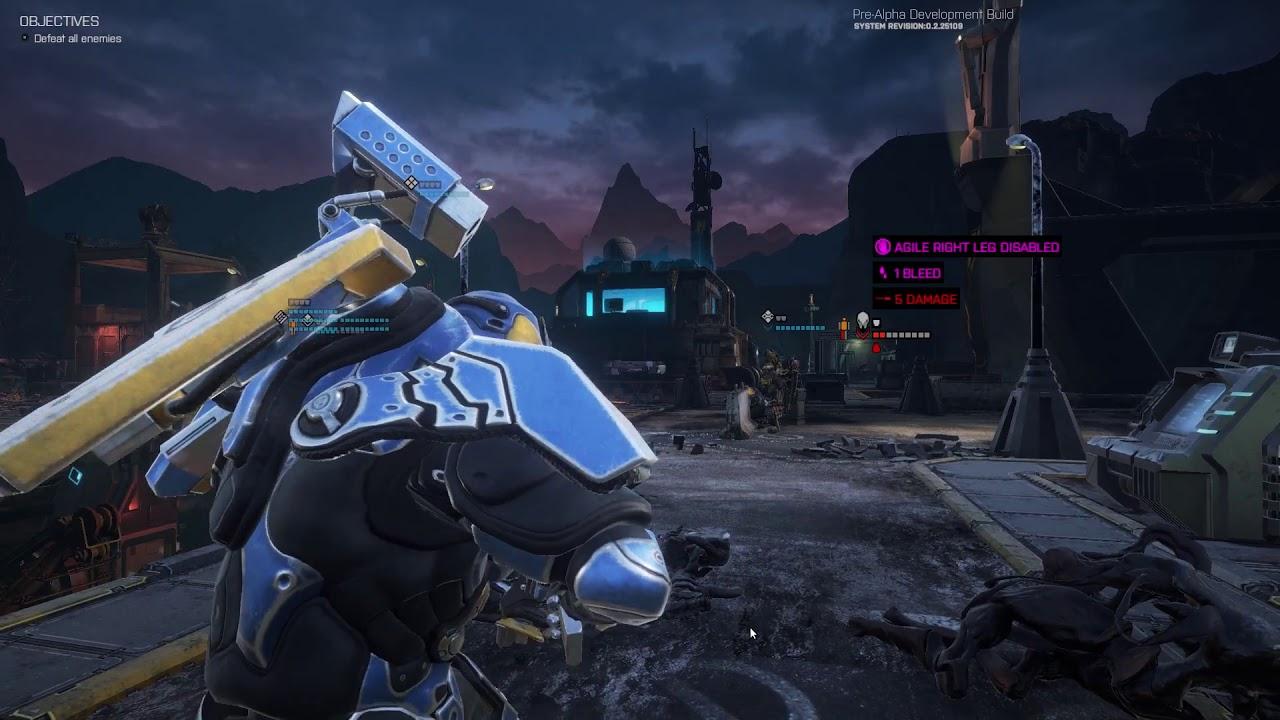 I'm well aware I screw up a few times, it does take a little getting used to.

Performance isn't great unless you're on the potato setting, so I do hope they begin to add in more options to tweak in the next few builds. Although, this build did feel a good bit snappier than the last.

Even going by what it has right now, I can see a pretty bright future for the game. The setting and visuals are exciting and it's going to be fun to see some of the actual proper campaign when it releases in full.

You can get access to the backer builds if you pre-order through their own store. If you pick the Luxury Digital Edition, this includes the builds now and entering code "LUX15" should get you 15% off (no idea how long it lasts, tested today and it still works).

As a reminder, the full release was pushed back into 2019 so they can refine it as much as possible.

Article taken from GamingOnLinux.com.
Tags: Indie Game, Strategy, Video
15 Likes, Who?
We do often include affiliate links to earn us some pennies. We are currently affiliated with GOG, Humble Store and Paradox Interactive. See more here.
About the author - Liam Dawe

I am the owner of GamingOnLinux. After discovering Linux back in the days of Mandrake in 2003, I constantly came back to check on the progress of Linux until Ubuntu appeared on the scene and it helped me to really love it. You can reach me easily by emailing GamingOnLinux directly.
See more from me
Some you may have missed, popular articles from the last month:
The comments on this article are closed.
8 comments
seven 4 July 2018 at 8:49 pm UTC

View PC info
I like the targeting system, pretty cool. Vehicles movement could be a little more natural, atm they move more like mobile sentry bots rather then a big truck. (perhaps animation is just a bit fast in areas)

When the aliens die it sometimes sounds like, wazzzzuppppp... lol
Also I think you broke the bosses AI at the end, seems it can't figure out how to get past the vehicle, clearly it should have destroyed it easily in 1-2 turns but it just passes.

TheRiddickAlso I think you broke the bosses AI at the end, seems it can't figure out how to get past the vehicle, clearly it should have destroyed it easily in 1-2 turns but it just passes.

Mountain Man 6 July 2018 at 1:46 pm UTC
View PC info
Man, this looks so much like XCOM and XCOM 2 that I'm almost expecting Firaxis to sue the developer. The art design and interface are strikingly similar to the point that it could legitimately cause confusion among consumers.
0 Likes

View PC info
Probably some of XCOM1-2 developers are working on this, but the main dude help make the originals so perhaps it doesn't matter.
0 Likes

View PC info
Does that Giant Bug remind anyone else of the movie Starship Troopers? Specifially the scene where the main character Rico jumps on top of the bug, blows a hole in it's back & drops a grenade in to splatter it. Yes I have watched that movie more than a few times. ;)
0 Likes