While I remain quite sceptical of the Atari VCS, I'm still pretty interested in it as a Linux gaming device. Atari recently did a Q&A blog post detailing some interesting information about it. The post is written by Rob Wyatt, the System Architect for the Atari VCS device. If the name Rob Wyatt doesn't ring a bell—they were the original Xbox system architect. 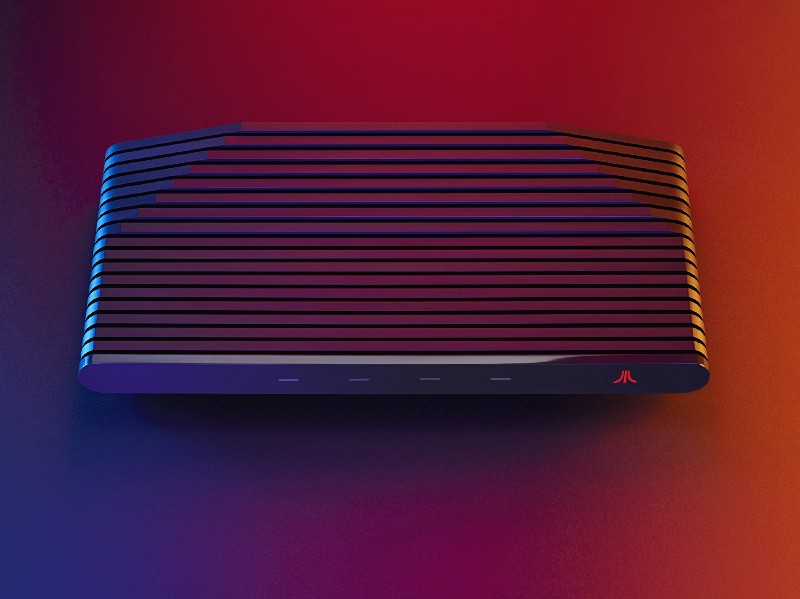 Firstly, they've decided to upgrade the RAM from 4GB to 8GB, which gives it quite bit more room to breathe. Quite a lot of games require more RAM now, so that's good. Not expecting it to run some AAA games, but it's still a nice step forward for the device:

The VCS hardware will be powered by an AMD Bristol Ridge family APU with Radeon R7 graphics and is now going to get 8 gigabytes of unified memory. This is a huge upgrade from what was originally specified and unlike other consoles it’s all available, we won’t reserve 25% of hardware resources for system use.

They also explained why they went with Bristol Ridge instead of Ryzen:

Yes, on paper the Ryzen family is technically better but without increasing the cost and having a higher thermal capacity, a Ryzen APU would never run at full performance. When the Ryzen is operating in a thermally limited environment its performance is only marginally better than Bristol Ridge.

They're calling their version of Linux "AtariOS". To get a game to run on the Atari VCS, you need to ensure it "runs on Linux at HD resolution using standard runtime libraries" as they claim the changes will be minimal in getting it to support their hardware. This is really great, since it certainly could push a few extra developers towards getting their games on Linux.

Once a game supports Linux, it gains access to more traditional Linux distributions via Steam, GOG, itch and others as well as the Atari VCS now too. I just hope that developers don't end up only putting their games on the VCS.

What's really interesting as well, is their explanation of how you can run another Linux distribution alongside their official AtariOS:

Our core architecture consists of the Atari Secure Hypervisor and a heavily modified linux kernel called the AtariOS. All of this is in flash memory and before the AtariOS loads, any external storage device is checked, and if a bootable device is found, the OtherOS on that device is loaded instead. We don’t have a typical OS loader like UBoot or GRUB, and because the CPU is already in 64 bit protected mode from our boot code, the OtherOS will need its typical startup code changing.

For a Linux distribution loaded in their OtherOS mode, it will have full access to the hardware so it will be a proper Linux device that is yours. They say they will give out details on how to boot a standard Ubuntu distribution on it, so that's great.

This line also got me:

We never want to lose sight that it’s your hardware to do with as you want.

Words I hope they remember to stick by. An interesting blog post, that has certainly cleared up a few of my lingering worries about the device.

They managed to raise just shy of three million on their IndieGoGo campaign, which seems like an impressive number, but likely not close to the real cost of getting this device past the prototype stage, manufactured and actually out in your hands. With that in mind, we will be watching it closely.

Ray54 15 Jul, 2018
View PC info
I think that everyone will have their doubts about whether this "Atari" can actually deliver their console, as it is a big challenge for a small company. There could be fatal slips anywhere along their path to market, we probably won't know if they have a real chance until they get to the pre-sales shipping to reviewers stage. I would like this "Atari" to succeed and to sell millions of their Linux consoles, but I know it is low probability. However, perhaps even if they don't succeed, it will blaze a trial for someone else to later succeed. So I really don't see the point of being negative about their attempt, I cant see how negative comments helps us as a Linux gaming community.

View PC info
I mean, when/if they actually get it out then I'll most definitely get one - or possibly even two depending on the final price.

I've been looking for a nice looking - while still powerful - little HTPC to stick by my TV for a while now, had a NUC for a while but their design really doesn't work for that. Also used a Pi for a while, but there's simply nowhere near the power I need in one of those.

And hey, there's just something about being able to sit back and relax with a replica Atari joystick that calls to me.

View PC info
I just don't see a reason to buy this unless they make some really good exclusive games for it.
1 Likes, Who?

This line also got me:
We never want to lose sight that it’s your hardware to do with as you want.

For me, this is true of virtually all the Tech I aim to buy. Unless hardware does what I want it to do, not what some big corporation wants to impose upon me as a purchaser, then I am far from keen to spend my money on that Tech.
3 Likes, Who?

Negative comments help deter people from buying bad products. Sorry, but this has Ouya/Steam Machine written all over it.

Also they're not really a small company, they're a failing company. Maybe they can turn a new leaf, but up until now they've earned the stigma that they currently have.

I don't see how Ouya and Steam Machines should even be mentioned in the same sentence, other than their lack of big commercial success. While Ouya is a failed console that is no longer supported, anyone who bought a Steam Machine still has a working PC that can continue to run Linux games.
10 Likes, Who?

View PC info
If the PS4 slim allowed linux usage with its CPU/GPU it would shit all over this thing, but since its proprietary, the VCS has a edge, still for $299USD it seems too much but I understand why the price is high given the escalation of memory prices and such for the last couple years.

For $199usd I'd be interested, but $299 is just not attractive to me. I can get a older revision of the switch for that or less and mod it to allow custom stuff on which is a tegra1 PC.

I'd be happy if the VCS does well and Atari make a comeback to the console scene, allowing them to release a REAL console competitor.

Quoting: GuestNegative comments help deter people from buying bad products. Sorry, but this has Ouya/Steam Machine written all over it.

Also they're not really a small company, they're a failing company. Maybe they can turn a new leaf, but up until now they've earned the stigma that they currently have.

Oh, I totally forgot Ouya was a thing until I read your comment.
0 Likes

QuoteWhen the Ryzen is operating in a thermally limited environment its performance is only marginally better than Bristol Ridge.

That is not my experience: https://www.gamingonlinux.com/forum/topic/3406/
0 Likes
1/3»
While you're here, please consider supporting GamingOnLinux on: